Browns: WR Josh Gordon reports but will miss at least a couple of weeks with quad injury 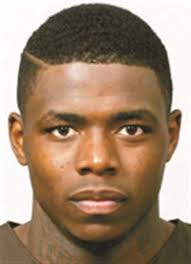 Browns fans are going to have to wait awhile longer to see receiver Josh Gordon back on the field.
Gordon returned to Browns headquarters Tuesday but a quadriceps injury will keep him from practicing for at least a couple of weeks, according to the team. He suffered a quadriceps injury working out over the summer and will open training camp on the active/non-football injury list. He must pass a physical before he can participate in on-field activities.
Gordon was conditionally reinstated Monday after missing all of 2015 on a drug suspension. He must serve a four-game suspension to open the regular season but is eligible to practice during training camp and play in the preseason — if the quad heals in time.
The Browns also placed cornerback Joe Haden (ankle) and fourth-round rookie tight end Seth DeValve (hamstring) on the active/physically unable to perform list.
The move was expected with Haden, who had surgery in March and continues to rehab and work toward a return. He started only five games last year before suffering his second concussion and being shut down and is determined to return to his Pro Bowl form of 2013 and ’14.
DeValve was limited during the offseason program with the leg injury.
Offensive lineman Conor Boffeli (knee/ankle) was placed on the non-football injury list. All players on the injured lists are limited to strength and conditioning, rehab and meetings until passing a physical.
Gordon reported to Browns headquarters about 24 hours after Commissioner Roger Goodell allowed him back into the league following an indefinite suspension after several failed drug tests. Gordon met with executive vice president of football operations Sashi Brown, coach Hue Jackson and others within the organization.
Brown said Monday in a statement that the team would discuss with Gordon “the direction of our team, our expectations of our players and a plan to support him on and off the field.”
Gordon’s last game with the Browns was Dec. 21, 2014. The team suspended him for the finale after he missed a walkthrough, then the league suspended him indefinitely in February 2015. He’s missed 27 of the team’s last 32 games.
“I’m blessed and grateful to be granted this opportunity,” he wrote Monday night in a long statement posted on Twitter. “I can’t wait to get back out there and play the game I love in front of the great fans of Cleveland.”
Gordon was added to the 90-man roster and undrafted rookie defensive back A.J. Stamps was waived to make room.
The Browns got some good news on the injury front, as Pro Bowl tight end Gary Barnidge (sports hernia surgery), rookie right tackle Shon Coleman (knee surgery) and rookie defensive end Carl Nassib (calf) passed physicals and will be participate Friday when camp begins.
Barnidge had surgery in June, and Coleman, a third-round pick, didn’t practice during the offseason following surgery after his final season at Auburn.
Contact Scott Petrak at 329-7253 or [email protected] Like him on Facebook and follow him @scottpetrak on Twitter.