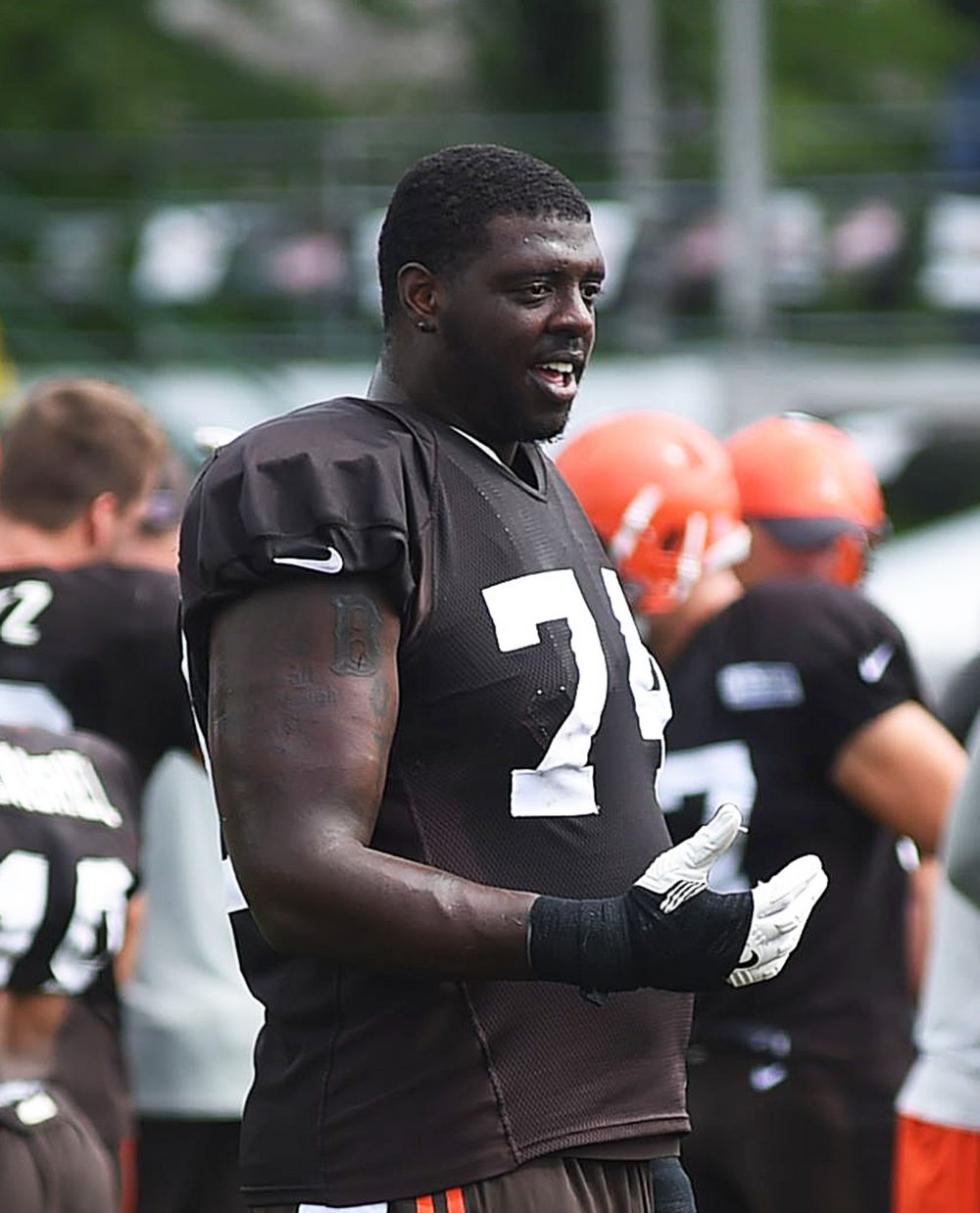 With Williams suspended for two weeks and his future with the team in serious doubt, Jamar Taylor has a prime opportunity to lock up the starting nickelback spot. He’s impressed since joining the team in a draft-weekend trade.
The young and inexperienced tight ends behind starter Gary Barnidge have looked good and are fighting for two or three roster spots. The rest of the preseason will likely decide who among Connor Hamlett, Randall Telfer, rookie Seth DeValve and E.J. Bibbs sticks around.
After a strong opener, Raheem Mostert appears to have a slight edge over Terrell Watson to be the No. 3 running back, but there’s a lot of time left. Watson is more of a bruiser, has a history with Jackson and won’t go away without a fight.
Kicker Travis Coons has been inconsistent in practice and needs to start making kicks if he’s going to keep his job. Patrick Murray got the only attempt last week and drilled a 46-yard field goal.