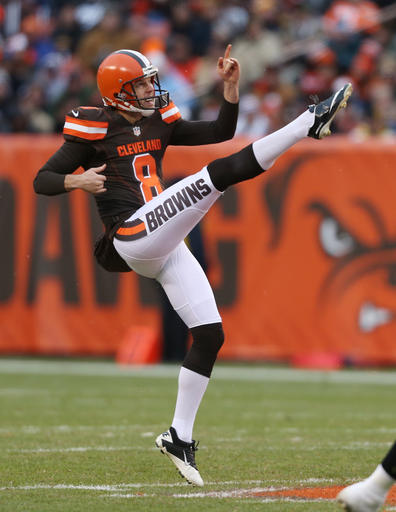 Rookie receiver Ricardo Louis and rookie cornerback Trey Caldwell returned to practice after missing weeks with hamstring injuries. Caldwell, a fifth-round pick, hasn’t played in the preseason and Louis, a fourth-rounder, just the opener. Jackson was asked if it’s too late for them to make the team. “Never too late for anybody,” he said. “We’d love to see them in a game, will give you a little more clarification of what they are. But at the same time we have a pretty good idea of who they are and where they are. “Will it be tough for them to earn a spot? That’s yet to be determined.”
Tramon Williams (toe), receiver/special teamer Marlon Moore (hip) and running back/special teamer Raheem Mostert (hamstring) didn’t practice, working on the side with trainers.
Cornerback Justin Gilbert (concussion) wasn’t on the field.

Browns Notes: LB Christian Kirksey on defense vs. Bucs — 'That is not a team that we want to be'
Outside linebacker Paul Kruger rips Browns after being cut as youth movement continues