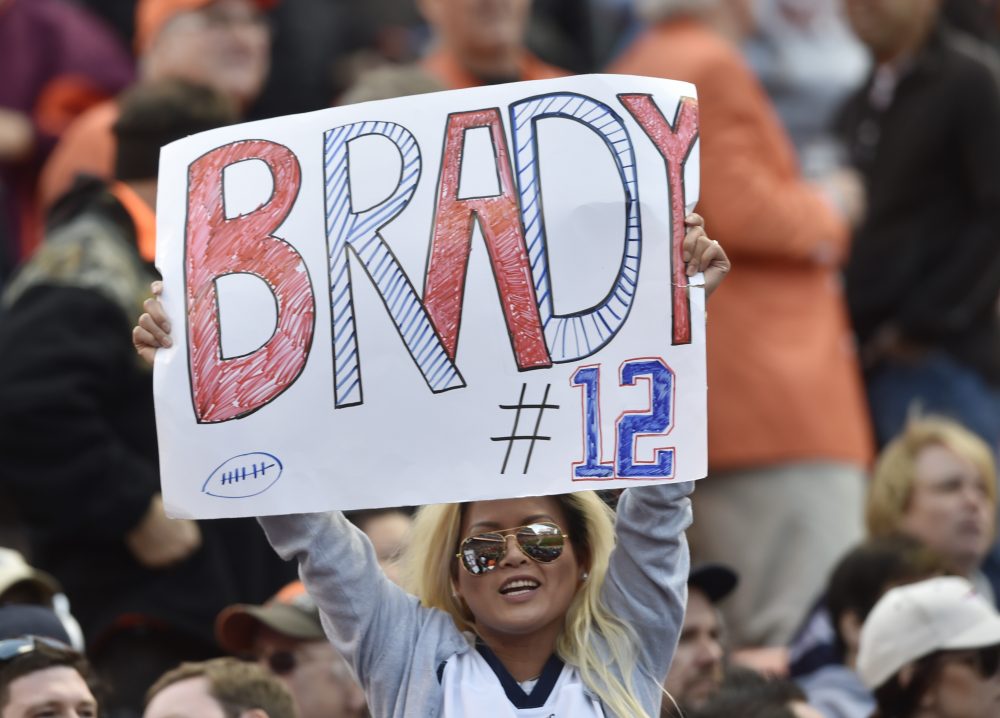 CLEVELAND — A downed punt by Browns linebacker Tank Carder was met with roaring applause.
Tom Brady was about to make his season debut.
At times it was hard to remember Sunday’s game was at FirstEnergy Stadium because the support for Brady was so strong. The crowd was electric when the New England quarterback, who had not played in the first four games while serving a suspension for his role in Deflategate, took the field for the first time.
Many wondered if the two-time MVP and four-time Super Bowl champion would be sharp. Two passes for 29 yards later, those questions were answered with a resounding yes.
Brady was masterful all day, slicing and dicing the Browns defense to the tune of 28-of-40 passing for 406 yards, three touchdowns, no turnovers and a 127.7 rating in the Patriots’ 33-13 victory.
The Browns didn’t expect any rust.
“It didn’t surprise us,” linebacker Christian Kirksey said. “We knew in this game a lot of people were saying Tom Brady hasn’t played in a month, this and that, but he’s a future hall of famer.
“We expected him to come out here, give it his best and do what Tom Brady does. Our thing was to try to get him uncomfortable, put a little pressure on him. But we tip our hat off to him and the Patriots. They played well.”
Anticipation for Brady’s 2016 debut was high. Fans waited by the visiting tunnel for hours before the game and greeted him with a loud ovation when he stepped onto the field for warm-ups.
Brady was suspended four games by NFL Commissioner Roger Goodell because the Patriots were found guilty of tampering with the footballs they provided, and used, during the 2015 AFC championship game against Indianapolis.
The Patriots went on to win the Super Bowl that year and Brady challenged the league in arbitration and federal court, ultimately losing his final appeal.
Brady didn’t attribute his performance to anything that had happened over the last 20 months.
“I was just thinking about today and what I had to do, just focus on what my job is,” Brady said. “This isn’t the time for me to reflect, I’m happy we won today. I’m happy we win every time we play. I have a job to do and there’s no point in looking back at anything. Whether we won Super Bowls or lost championship games or the last four weeks. None of it matters, I just go out and do the best I can do every week.”
It’s safe to say he was locked in.
While the Pats’ opening drive resulted in LeGarrette Blount punching it in from 1 yard, Brady got to know two of his newest weapons quite well by the end of the day. Tight end Martellus Bennett — who the Patriots signed away from Chicago in free agency — caught all three touchdown passes, the first a 7-yard strike.
Two drives later, Brady made arguably the throw of the game on third-and-goal from the 5-yard line. Despite airtight coverage on Bennett, Brady zipped the ball over the middle where only his tight end could secure it.
His final score came from 37 yards to cap the first drive in the second half.
“It was very fun to go out there and compete,” Bennett said of playing with Brady for the first time. “It was fun to have him back out there. He was fired up. We were fired up, and we were just trying to make plays for him.”
Bennett may have led the team in catches, but it was Rob Gronkowski and newly acquired wide receiver Chris Hogan — who New England signed away from Buffalo in free agency — who topped 100 yards. Gronkowski piled up 109 on five catches and Hogan led the team with 114 yards on four catches, his longest a 63-yard bomb where he burned cornerback Joe Haden.
Hogan entered Week 5 with just eight catches for 122 yards.
“I don’t really think there was a difference this week,” Hogan said of the team’s preparation with Brady. “We are always going to go about our business throughout the week. The coaches do such a great job preparing us for who we are playing each week and this week was no different.”
Brady didn’t just show off his arm Sunday, he made plays with his legs too — a rare feat for the slow-footed
39-year-old. His two scrambles went for 14 yards, but they resulted in first downs. After a 4-yard scramble in which he was shoved out of bounds by rookie linebacker Emmanuel Ogbah, Brady came up in the Usain Bolt pose, inspiring another waive of chants from the crowd.
His second run went for 10 yards on a second-and-17, but an illegal use of hands on defensive tackle Danny Shelton gave the Patriots 5 more and the first down.
Brady was pulled for backup Jimmy Garoppolo with 6:02 left. And just like when he stepped onto the field, he left to a roaring ovation.