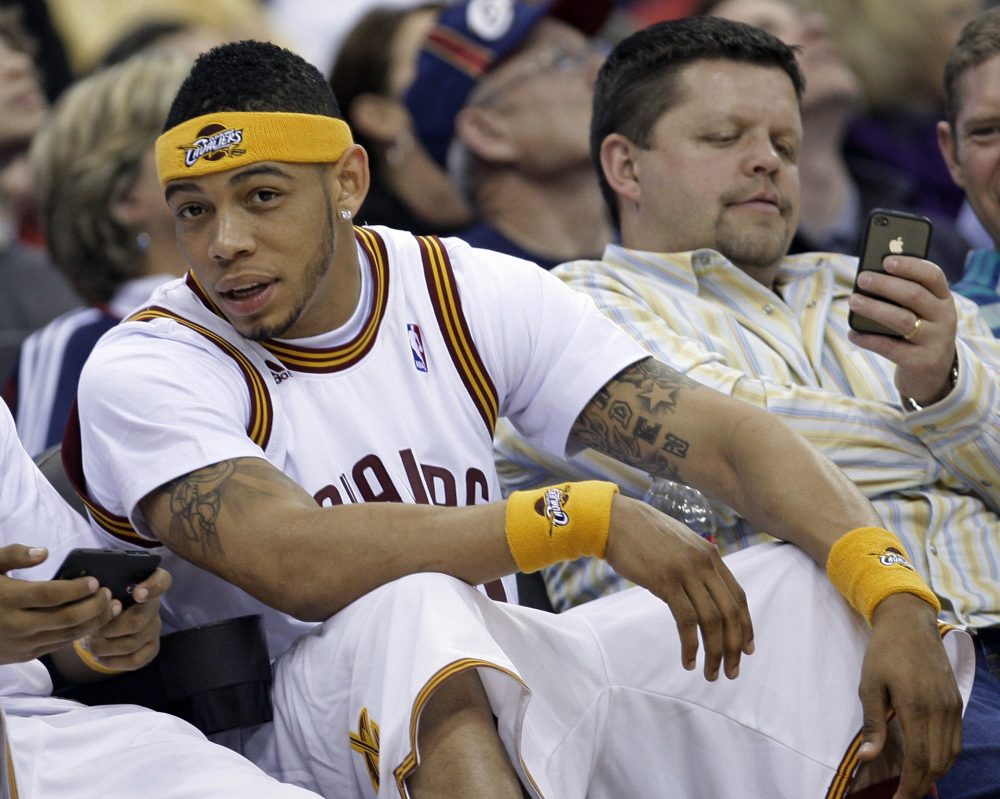 BEREA — Cornerback Joe Haden will be a busy man Tuesday night.
He has tickets to Game 1 of the World Series and the Cavaliers opener that will feature the ring ceremony and unveiling of the championship banner. He plans to attend both.
“I’m going to make it work,” he said Thursday.
The Browns are happy for the Indians and Cavaliers. They’re also jealous.
The Cavs ended the city’s 52-year professional championship drought in June. The Indians are American League champions for the first time since 1997 and four wins away from their first World Series title since 1948.
The Browns are 0-6, haven’t been to the playoffs since 2002, haven’t won a playoff game since the 1994 season and have never been to the Super Bowl. Their last title was in 1964, which stood for more than five decades as Cleveland’s last.
“It’s so, so bittersweet,” Haden said. “I mean, I love it. I’m so happy for the Cavs, so happy for the Indians.
“At the same time, I’m on a professional sports team in the same city where they’re doing a lot of successful things. It pushed us. We want to be successful. We want the city to embrace the Browns. We know that this is a football town, but we want to start getting some W’s, so they can show the same love and support that they’ve been showing the other teams.”
Coach Hue Jackson congratulated and complimented manager Terry Francona, then quickly added he wants to duplicate his success.
“I want to be in that spot, too,” Jackson said. “Obviously, the basketball team has done it. The baseball team has an opportunity to do it. We are going to do it here at some point. I feel very comfortable and confident in that.”
Right guard John Greco grew up in Youngstown, was 12 years old when the Indians lost the 1997 World Series to the Marlins in Game 7 and is pumped they’re back.
“Oh, my god. It’s unbelievable. It’s awesome,” he said. “I’m ready.”
Greco, who plans to attend the World Series, was downtown when the Cavs won Game 7 at Golden State and stood at the parade for three hours before his baby got cranky.
He said he can’t imagine what Tuesday will be like downtown.
“Just full celebration mode,” he said. “It’s going to be awesome.”
HOPEFUL HUE
Haden (groin) and receiver Terrelle Pryor (hamstring) didn’t practice again Thursday, working on the side with trainers. But Jackson said he remains optimistic two of his best players can contribute Sunday vs. the Bengals.
“I’m trying to do whatever I can to get out there,” Haden said. “But it is what it is. I can’t really control how it feels. But my goal is to be out there on Sunday for sure.”
Haden, 27, has missed two games this year, including last week, with separate groin injuries. He’s missed 13 of the last 19 games and is fed up.
“When I saw Coach Hue, I’m like, ‘I can’t make this up,’” he said. “So it’s very, very, very, very frustrating, especially when you’re 0-6, you’ve got a young team, you’ve got a bunch of guys that I know look at me as a leader and I want to be out there playing with them and I want to be out there as much as I can.”
Haden said Jackson will decide if he’s fit enough to play. The gauge will be simple.
“If you can’t run with A.J., then you can’t run with your team,” he said, referring to Bengals Pro Bowl receiver A.J. Green.
GETTING STARTED
The Browns have started preliminary talks on a contract extension for Pryor, a league source confirmed to The Chronicle-Telegram. He’s scheduled to be an unrestricted free agent after the season.
He’s successfully made the transition from quarterback to receiver, leading the team with 33 catches, 413 receiving yards and three touchdowns.
“I told you earlier he’s the most improved player I have ever seen from one season to the next,” Haden said. “He has gone from can he play receiver to being a legit No. 1 for an NFL team. He is a really, really good guy. Just his improvement is something spectacular.”
YOUR TURN
Even if Pryor is able to play, he won’t be 100 percent, so rookie fifth-rounder Rashard Higgins will see an increased role. He’s been used mostly as the fourth receiver and made his first catch last week, a 14-yarder vs. the Titans.
“Obviously, we will see more of Rashard this week,” Jackson said. “I have been dying to do that and we need to do that better.”
Higgins set career marks at Colorado State with 239 catches, 3,649 receiving yards and 31 touchdowns and led the nation in 2014 with 1,750 receiving yards and 17 touchdowns.
“With Terrelle being a little hurt, I feel like this is my time to step up and Coach is putting me in the fire,” he said. “He believes in me and I’m going to get the job done.
“He drafted me for a reason, so obviously he sees potential in me and I’m the man for the job. When my number’s called, I got to make the play and can’t wait until Sunday.”
INJURY UPDATE

GONE GUY
Former Baylor coach Art Briles is no longer hanging around the Browns. He was a guest last week, attending meetings, watching practice from the field and consulting with Jackson.
Briles was fired by Baylor in May after the school and football program came under fire for the handling of sexual assault allegations.
Jackson was criticized last week for inviting Briles and his explanation that Briles’ misconduct came “at a different time and not here so I can’t judge that.”
Contact Scott Petrak at 329-7253 or [email protected] Like him on Facebook and follow him @scottpetrak on Twitter.