(UPDATED) Combine Notes: Browns coach Hue Jackson says it's too early to assume Myles Garrett will be the pick at No. 1 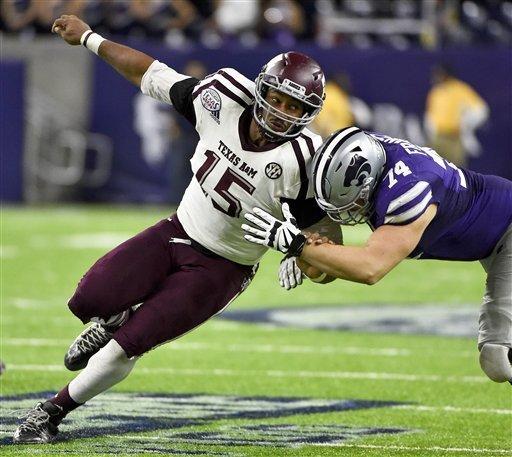 INDIANAPOLIS — Coach Hue Jackson pumped the brakes on the notion the Browns have decided to take Texas A&M pass rusher Myles Garrett with the No. 1 pick.
NFL Network’s Michael Silver, a close friend of Jackson, said he’s “almost positive” the Browns will draft Garrett, so Jackson was asked if the decision’s been made.
“I think it’s a little too early to say that,” he said Thursday at the scouting combine. “Obviously he’s a tremendous player. There’s a lot of good players in this draft.
“I think it’s just so early for us to determine exactly where we are. All those things will be discussed and thrown around as we continue to move forward.”
Unless the Browns surprise the experts and take a quarterback at No. 1, Garrett and Alabama defensive lineman Jonathan Allen are considered the top candidates. The gap between Garrett and Allen could grow when teams review the medical reports.
NFL Network reported Allen will participate in the bench press Saturday to prove to teams his surgically repaired shoulders are fine. He had labrum tears in both and has mild arthritis in both, according to the report.
“Jonathan has really played without symptoms in his shoulders, and it’s something that has not affected his performance or function,” Alabama team doctor Lyle Cain told NFL Network. “It doesn’t have to be treated during the season. And he’s had a couple of great years.”
Silver was strong in his belief Garrett will be picked first.
“I’m almost positive that they’ll do the no-brainer thing at No. 1 and take Myles Garrett,” Silver said Wednesday on NFL Network. “It’s early in the combine but the more I talk to talent evaluators that I respect, the more that I realize this is even more of a slam dunk in those people’s minds than Jadeveon Clowney a few years back. They’re thinking this is a generational pass rusher that has so much talent off the edge.
“Not only is he the clear-cut choice at No. 1 but there is no obvious No. 2 sitting there. It’s a draft where people think 2 and 25 could be about the same range of players.”
GOOD CHOICE
Jackson admitted he’s anxious receiver Terrelle Pryor will leave in free agency, so Jackson hopes he approves of Pryor’s decision.
“We want all of our guys back,” Jackson said. “But it’s free agency, so they get to make a choice and a decision, too. Hopefully, he’ll make the right one and stay here with us.”
Pryor had 77 catches for 1,007 yards and four touchdowns in 2016, leading the Browns in the three categories. He’s eligible to become an unrestricted free agent March 9 because the Browns didn’t use the $15.7 million franchise tag to guarantee his return for 2017.
Executive vice president of football operations Sashi Brown said Wednesday the team would meet with agents Drew and Jason Rosenhaus this week with the goal of reaching a long-term deal.
“Obviously Terrelle was a huge piece of what we did a year ago,” Jackson said. “I think he’s trending up. I think his best football is ahead of him. He’s very talented, very athletic, knows how to play. Hopefully we get this guy back and playing well for us.”
GOODBYE, RG3?
The Browns may decide to pay quarterback Robert Griffin III’s $750,000 roster bonus March 11 so they have insurance in case other moves don’t pan out. But Jackson’s evaluation of Griffin didn’t ring.
“There are some things that he did well, some things he needs to continue to improve at and we’re going to keep working with him until we don’t,” he said
SPEND WISELY
Jackson expects the Browns to be players when free agency opens next week. Owner Jimmy Haslam said minutes after the season finale they needed to be “appropriately aggressive.”
“It will be another piece and opportunity to supplement our team,” Jackson said. “We’re going to look at every avenue to get our team better.
“We’re not going to do anything that’s way over the top because I think it’s important we do it very smartly but also very aggressively, but we’ll do everything we can to improve this football team.”
The Browns have more than $100 million in salary cap space.
NOT A PACKAGE DEAL
New quarterbacks coach David Lee came from Buffalo, where he worked with quarterback Tyrod Taylor, who will become a free agent if the Bills don’t pick up nearly $31 million in guaranteed money. Jackson said the hire wasn’t about Taylor, whom Lee likes as a player.
“I went out and hired who I thought was the best quarterback coach for us, for our organization and that’s why he’s here,” Jackson said. “He’s an extremely talented coach. It allows me the ability to still kind of move around and do some things I need to do, but he will be responsible for helping me mold these guys as we move forward.”
WAIT AND SEE
When receiver Josh Gordon left the team and checked into a rehab facility during last season, Jackson said the team was moving on. Gordon is again applying for reinstatement from an indefinite suspension, and if it’s granted, the Browns would have to decide to keep him, try to trade him or cut him.
“He’s not reinstated yet, so I think it would be premature to get in any discussion about that,” Jackson said.
Contact Scott Petrak at 329-7253 or [email protected] Like him on Facebook and follow him @scottpetrak on Twitter.

Coach Hue Jackson says Browns will do everything they can to find QB, discusses top prospects in draft
Toledo RB Kareem Hunt, a Willoughby native, says he'll be a Browns fan "till I die"