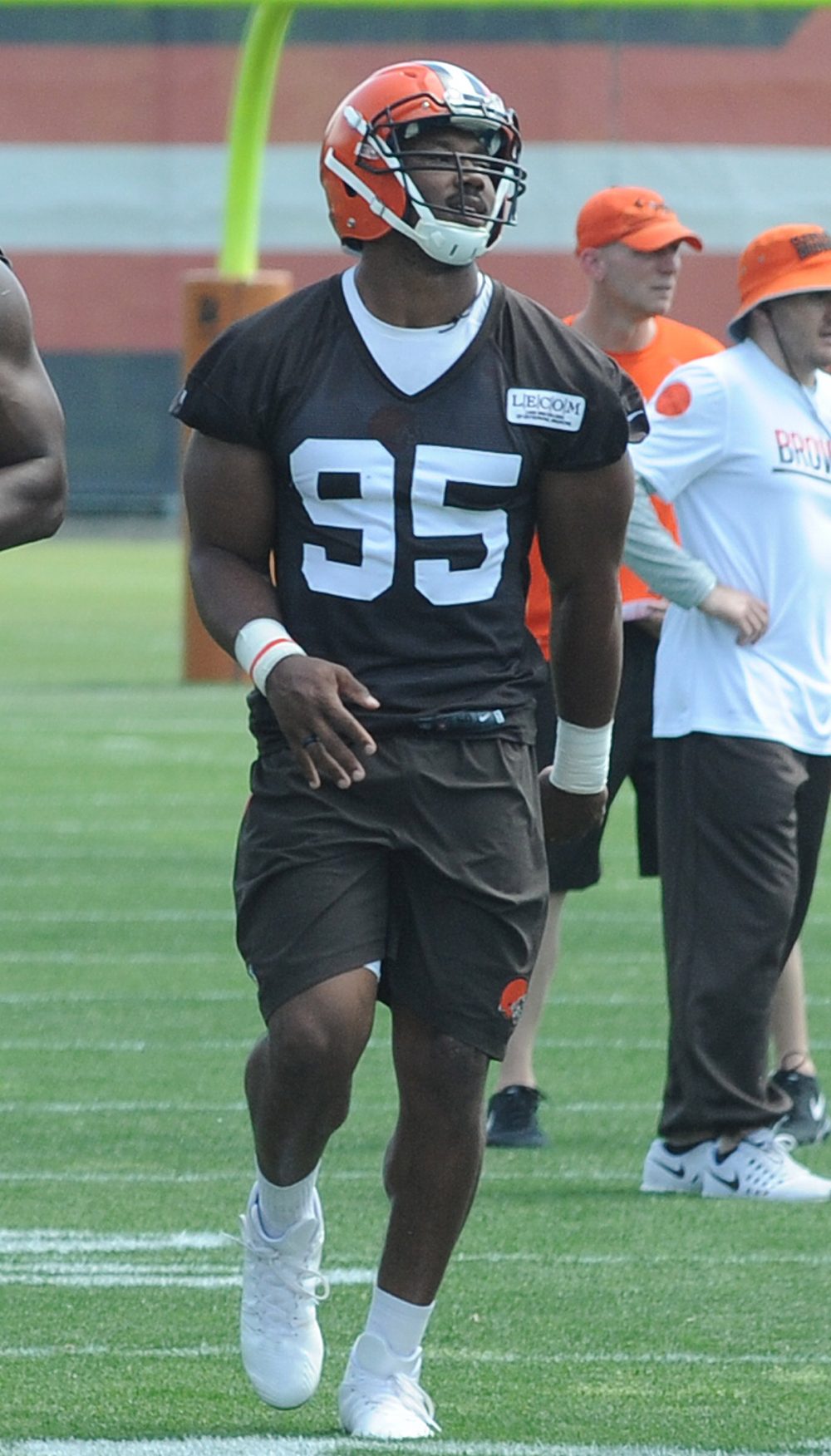 BEREA — Browns fans are hoping no news is good news regarding No. 1 draft pick Myles Garrett.
The team didn’t have an official update Thursday, but a spokesman said Garrett was still being evaluated after leaving practice Wednesday with a foot injury.
Garrett, a 6-foot-4, 272-pound defensive end from Texas A&M, didn’t practice Thursday during the final day of minicamp, but it’s considered a good sign he was able to walk off the field Wednesday, even though he was limping.
So the team is hopeful he avoided the dreaded Lisfranc injury that would require surgery and cost him his rookie season.
Garrett went to the ground without contact while making a sack Wednesday and reached for his left foot.
He was helped up, limped to the sideline and was checked by head athletic trainer Joe Sheehan. Garrett remained on the field but didn’t return to practice. When the storm siren went off and the team moved into the field house, he limped visibly and was the last player to reach the building.
Garrett, who signed a four-year, $30.4 million guaranteed deal, missed part of his final year at Texas A&M with a high left ankle sprain. He was limited during organized team activities with what Cleveland.com reported as a sore foot.
Defensive coordinator Gregg Williams didn’t provide a medical update but likes what he’s seen when Garrett’s been able to take the field.
“He’s done a great job,” he said. “It’s still way early, but you guys are going to see a pretty good football player when he gets a chance to get out there and go. I’ve got a big smile on my face, I’m just waiting to let him show everybody before I talk about him.”
Contact Scott Petrak at 329-7253 or [email protected] Like him on Facebook and follow him @scottpetrak on Twitter.