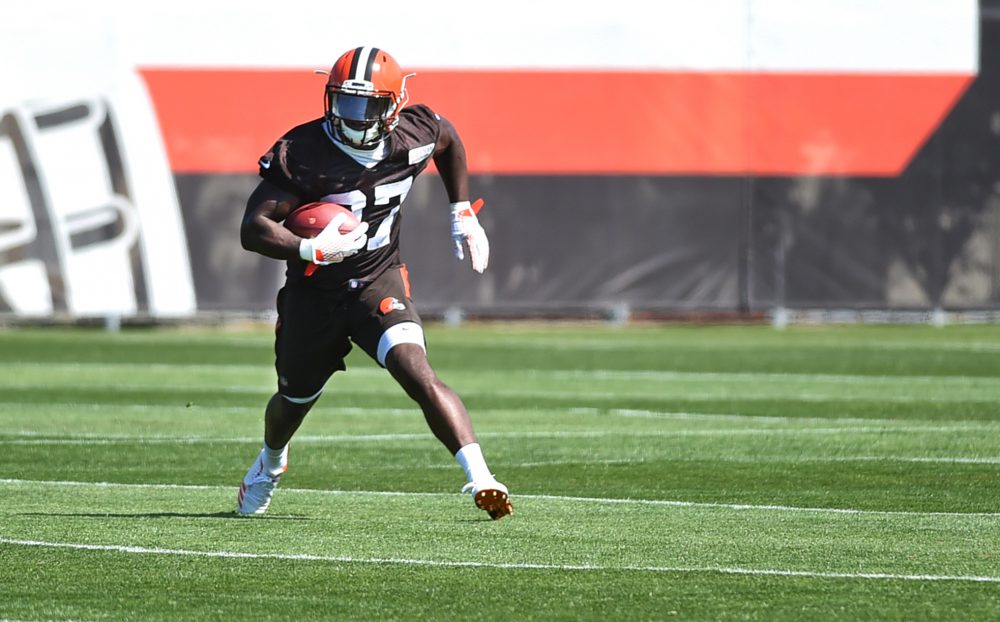 Safety Jabrill Peppers remains the lone Browns rookie without a contract, and guaranteed money is the chief holdup, a league source confirmed to The Chronicle-Telegram.
Profootballtalk.com was first to report the news Monday.
The Browns and Peppers still have time to come to an agreement, with rookies scheduled to report to training camp July 23. The first full-squad practice is July 27.
The collective bargaining agreement slots Peppers into a four-year contract worth $10.3 million with a signing bonus around $5.6 million. All first-round contracts have a team option for a fifth year.
But the sides haven’t been able to agree on the guaranteed money. Peppers is represented by Todd France of CAA Sports.
Peppers was the No. 25 pick out of Michigan after the Browns traded down from No. 12. In addition to a major role on defense, he’s expected to return kicks and be used occasionally on offense.
According to PFT, Falcons defensive end Takkarist McKinley, the No. 26 pick, received three years fully guaranteed with $655,000 guaranteed in the fourth year. Giants tight end Evan Engram, the No. 23 pick, got three years guaranteed and $1.55 million guaranteed in Year 4.
So there’s a $900,000 range in which Peppers could fall.
Negotiations could be complicated by the No. 24 pick, Raiders cornerback Gareon Conley from Ohio State, being unsigned and not providing another reference point. He remains the subject of a sexual assault investigation.
The start to Peppers’ career has been a bit bumpy.
He had a diluted urine sample at the scouting combine, then didn’t practice on the first day of rookie minicamp — which is highly unprecedented — on advice from his agent. He quickly took the field but was slowed by a minor injury and spent the offseason working primarily with the third-team defense.
Contact Scott Petrak at 329-7253 or [email protected] Like him on Facebook and follow him @scottpetrak on Twitter.