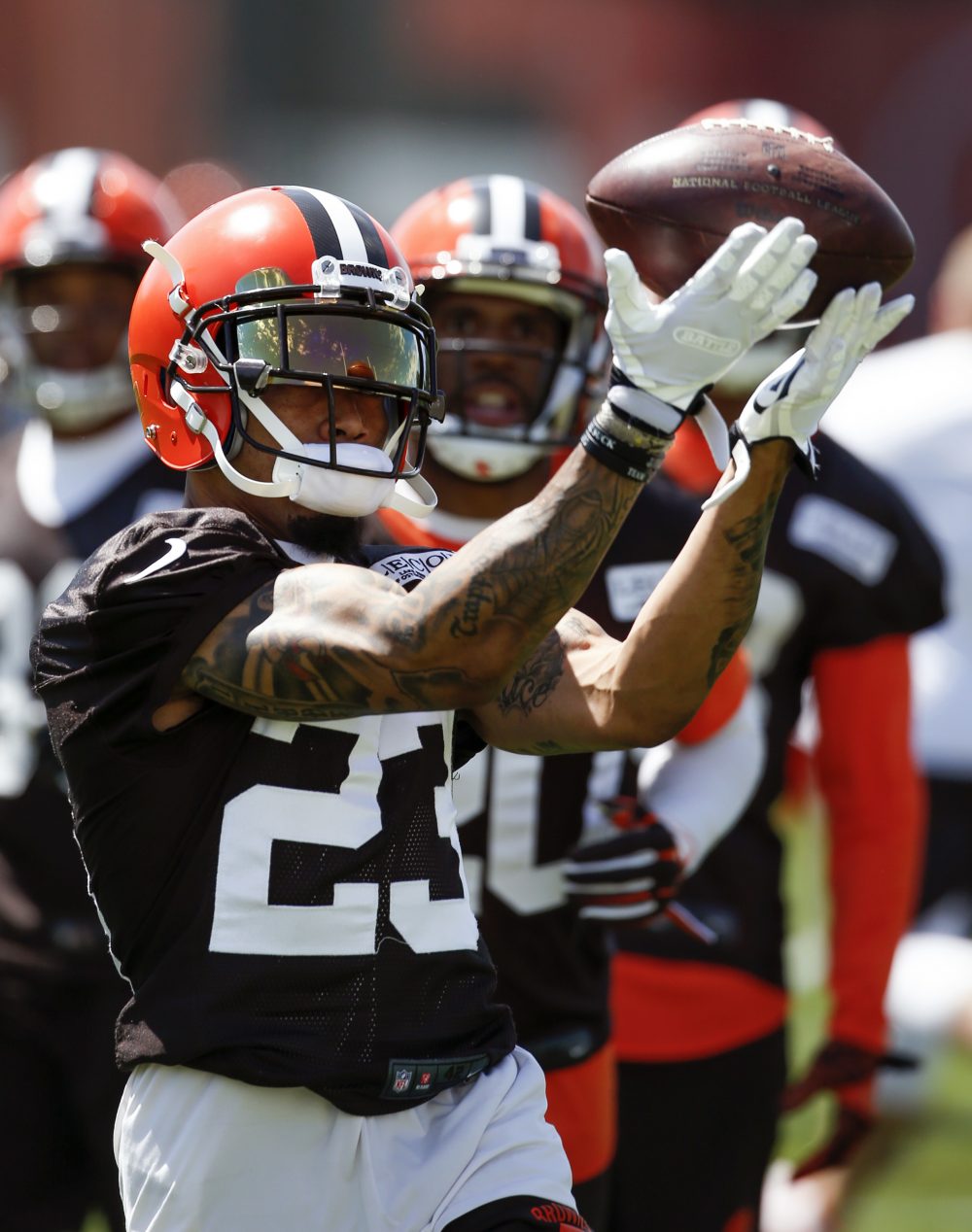 He’s free to turn and run. Free to stop and start. Free to leap.

“Man, I can just feel that gear I need to get to, changing direction, being able to move, one-on-ones not feeling like I can’t open up,” Haden, the Browns’ No. 1 cornerback, said Saturday. “Honestly, I’m feeling good to go. I’m just excited I’m able to play the way that I’ve been wanting to play.”


The freedom was on display Friday night during the Orange and Brown Scrimmage. Receiver Rannell Hall ran a double move down the right sideline and Haden was with him every step of the way, breaking up the pass from Brock Osweiler and almost intercepting it.

“That’s another time when I just know I’m on it.” He said. “He ran a double and I’m able to just get back on top the way I felt I could look back, see the ball, it just felt natural.”

The strong performance at FirstEnergy Stadium was a continuation of Haden’s training camp.

“Watching Joe Haden compete and play and tackle and break up passes, looked like the old Joe to me.”

It’s a welcome sight after his 2016 season was sabotaged by injuries to both groin muscles. He missed three games in the first seven weeks, then played through the pain and limitations of tears to both groins that didn’t allow him to run full speed and required surgery after the season.

“Last year was probably the toughest year I’ve ever had,” Haden said. “But it all comes around. God works in mysterious ways.

“I love the game so much that it’s tough from the outside looking in to see (people say), ‘Man, Joe, he’s hurt. He can never stay healthy.’ I’m not trying to be hurt. I’m not trying to not be out there helping my guys.”

The anguish has turned into excitement. Lots of it.

“I’m just excited to be out there, being able to make some plays and be back out on the field. It felt good to be back in the stadium, being able to tackle, being able to get after it. It’s just got that re-energized (feeling). I’ve got 16 regular-season games, hopefully we get to the playoffs and make some stuff happen.”

Haden, 28, was picked for the Pro Bowl in 2013 and ‘14 and is driven to make it back. Williams greeted Haden with tough love when he was hired as defensive coordinator — he told Haden if he hadn’t played through the groin injuries he would’ve told the front office to cut him — and has earned Haden’s trust.

“He believes in me. He really does,” Haden said. “He always just tells me, ‘Joe, this is going to be the best season you’ve had since you’ve been here.’

“I think he sees also how much this means to me, how hard I practice, how much I’m trying to stay in the young guys’ ears, how I’m trying to just be locked in, just trying to take the approach of a vet and get everybody to a certain level because I really feel like we can have a nice defense.”

Haden remains one of the keys to the defense reaching its potential. He will be asked to lock down the opponent’s top receiver, and if he can, it makes Williams’ job exponentially easier.

Haden said he thinks “all the time” about how he can elevate the defense if he plays up to expectations.

“When you talk about the pieces we have on the defense, Jamie, Kirko, Myles, Danny (Shelton), I feel like I’m a cornerstone to be able to take away the No. 1,” he said. “So if I have the No. 1 receiver and we can neutralize that, that’s going to be big. That’s why I’m here. That’s why I get paid the bucks. So I’ve got to do what I’ve got to do.”

Last year was the second of two straight injury-plagued seasons. He missed 11 games in 2015, including 10 of the last 11 with a pair of concussions.

“Last year was a little harder because I was actually on the field and couldn’t do what I wanted to do, couldn’t open up, couldn’t run full speed and when you’re covering those dudes, nobody really knows that,” he said. “They’re like, ‘Joe’s playing. He’s ready to go.’

The toughness he showed earned him respect. And after a strenuous rehab, he feels like his old self.