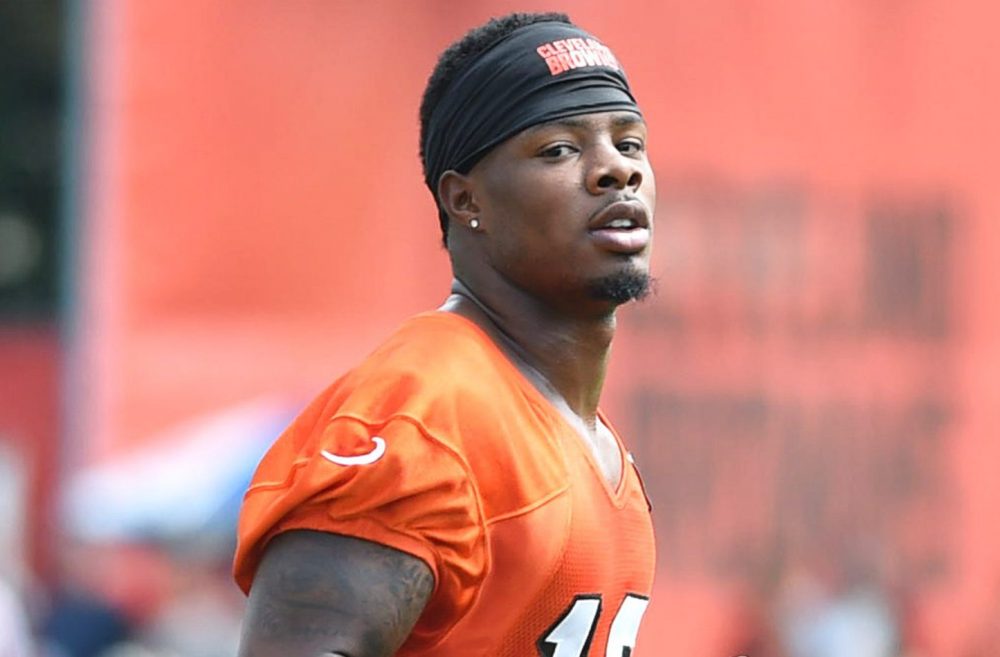 The Cuyahoga County Prosecutor’s Office announced Tuesday it concluded an investigation of Coleman and won’t seek charges in the alleged assault of a 26-year-old man.

His brother, Jonathan Coleman, and Jared Floyd were indicted each on one count of felonious assault in June in connection with the incident and have a pretrial hearing Monday in Cuyahoga County Common Pleas Court. Felonious assault is a second-degree felony.

“The investigation into this felonious assault has failed to produce sufficient evidence that Corey Coleman was a participant,” the release said. “As a result, this investigation has concluded and no charges will be sought against him.”

Coach Hue Jackson was happy with the announcement.

“We needed to move beyond that and getting to play football, which he has been,” Jackson said. “Hopefully, there were some lessons learned in that situation.”

Jackson has said he needs a big year from Coleman, the No. 15 pick in the 2016 draft. He missed much of the offseason program with a hamstring injury.

“He is starting to show up,” Jackson said. “He kind of started off slow. We eased him back into it to make sure that we could get him through a lot of these practices. I think we are starting to see him get in better shape, play more and make more plays.”

“After I got drafted here I started watching him,” Njoku said. “He’s a big name here. He’s a beast. He was really explosive, a great athlete and I’m just trying to uphold that same legacy.”

Tight end Randall Telfer compares Njoku (6-foot-4, 246 pounds) to Avatar because “he is a freak of nature.” But the No. 29 pick has been slowed recently by a sore back.

“It just got a little tight on me,” Njoku said. “We are just trying to take the right precautions for it. Hopefully, this process will move faster.”

He didn’t practice Tuesday but wants to play Thursday in the preseason opener against the Saints.

NOT A FAIR FIGHT

Rookie safety Jabrill Peppers said he grew up boxing, taking up the sport at age 7 or 8 and continuing for years. He’s picking Floyd Mayweather over Conor McGregor in their much-hyped fight Aug. 26.

“I’ve got to go with Floyd. His record speaks for itself, the guys he beat,” Peppers said. “Conor’s more of an MMA guy. I’m not saying he won’t fare well. But you’re talking about the best to ever do it. That’s like saying a soccer player could come over here and start at receiver or something. Just because he’s a good soccer player doesn’t mean he’s a good football player.”

Cornerback Briean Boddy-Calhoun intercepted DeShone Kizer down the sideline, and cornerback Darius Hillary picked Brock Osweiler, who was late on an out route for Coleman.

** The team hosted 150 military members and their families.