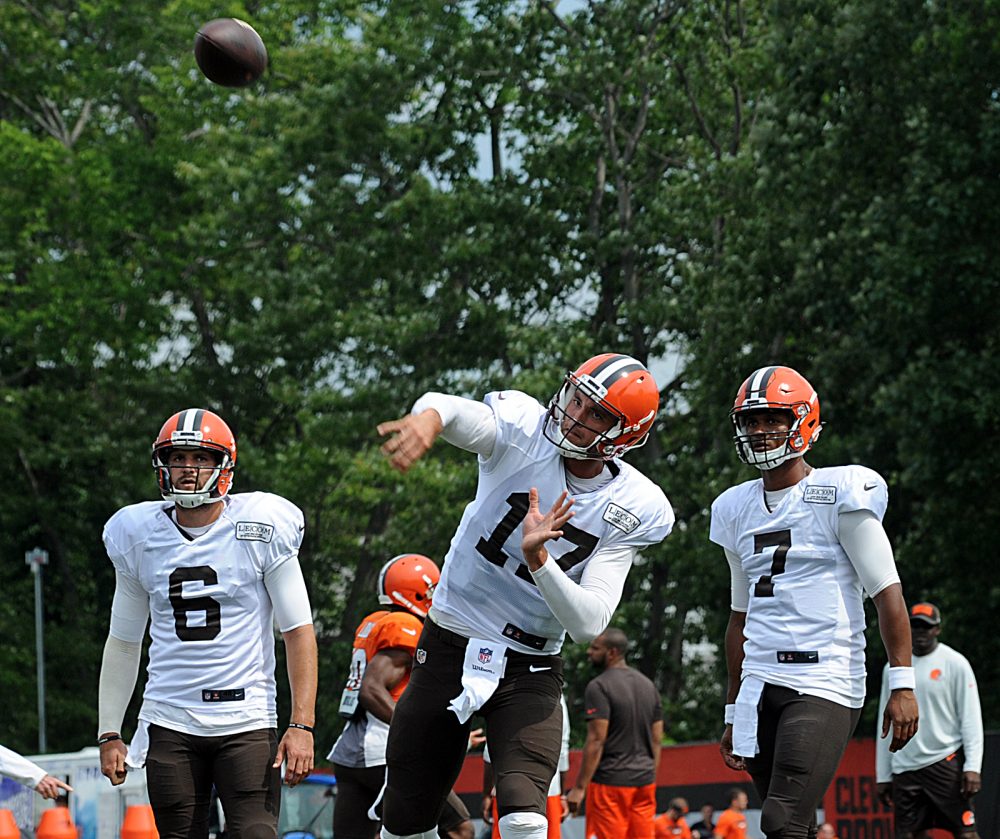 BREAK TIME: Coach Hue Jackson gave the players the night off. After practice he canceled meetings and told them they didn’t have to be back in the hotel until curfew at 11 p.m.

Jackson said he liked how the team responded to four straight practices to start a string of six.

“They deserve it. They have earned it,” he said. “They have worked hard. They have done everything I have asked, so I give them a treat every now and then.”

NEWS OF THE DAY: Tune in Wednesday. Jackson promised to announce the starting quarterback for the second preseason game Monday against the Giants.

“Tomorrow I think I will have a pretty good feel for where we are and what we are going to do,” he said.

He said the decision will be for the Giants game only and he’ll have two more games to further evaluate. Brock Osweiler started the opener and remained first in the rotation Tuesday. Rookie DeShone Kizer moved up to No. 2 and continued to take reps with the first team, with Cody Kessler demoted to scout-team reps.

CAMPER OF THE DAY: Kicker Zane Gonzalez. The rookie won the day as he tries to win the job. He went 5-for-5 on field goals to end practice, including a long of 56. Incumbent Cody Parkey was 3-for-5, missing off the left upright from 40 and wide right from 56.

PLAY OF THE DAY: Osweiler took advantage of a blown coverage, getting the ball over the middle to rookie tight end David Njoku, who picked up 50 yards. When the play was over, receiver Corey Coleman and defensive back Alvin Hill weren’t done, fighting and staying engaged before they finally separated.

QUOTE OF THE DAY: “I just think he is an angry guy. That is his mentality. That is his makeup. It is hard to make that guy smile. That plays right into his ability. He has always probably had a chip on his shoulder because of his size.” — Running backs coach/run game coordinator Kirby Wilson, on 5-foot-8 rookie Matthew Dayes.