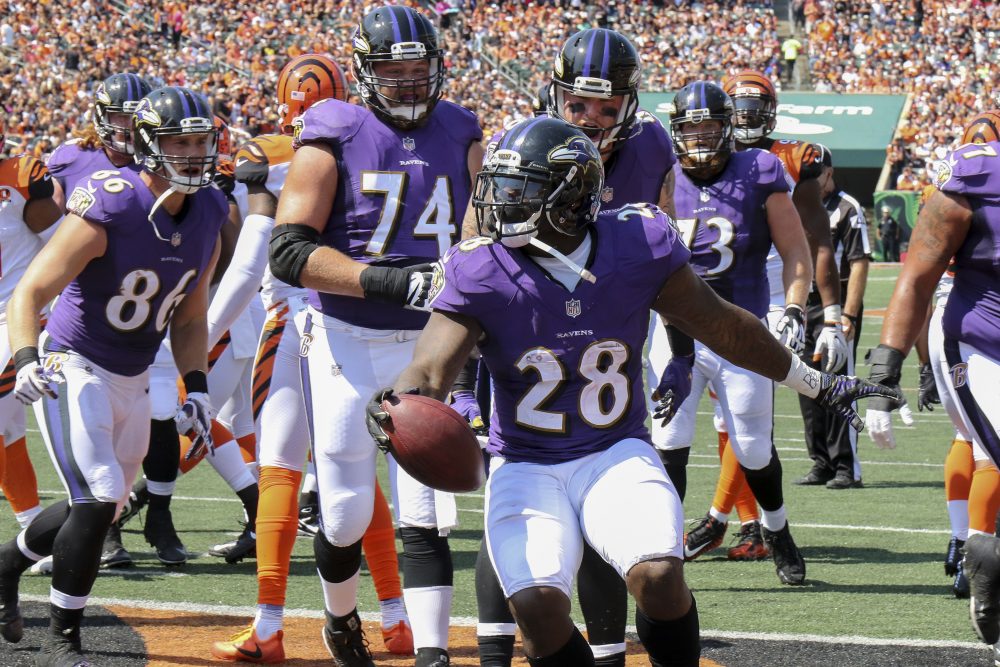 The Browns’ run defense is tied atop the NFL after holding Pittsburgh to 35 yards in the opening loss. Pro Bowler Le’Veon Bell rushed for only 32 on 10 carries against a unit perennially ranked at the bottom of the league.

The Browns believe things will continue to be different under new coordinator Gregg Williams, and Williams said Bell’s rustiness after sitting out the preseason had nothing to do with his Week 1 struggles.

“No. No, we played and did exactly what we were supposed to do,” Williams said.


“We made a statement and we have to keep making that statement every week,” defensive end Emmanuel Ogbah said.

The defense has lofty aspirations for the season and was emboldened by the quality start. Schobert said the goal is to rank in the top five in every category and Williams has made it clear it’s impossible to do that with a substandard run defense. Last year under coordinator Ray Horton, the Browns ranked 31st against the run, allowing 142.7 yards a game.

West and the Ravens pose a serious threat. Baltimore rushed 42 times for 157 yards last week as it controlled the tempo in a 20-0 win over the Bengals. West led the way with 80 yards and a touchdown on 19 carries.

He’s stabilized his career after a shaky start. He was a third-round pick of the Browns in 2014, was released before the next season and landed in his hometown. He’s become the starter and looked good running inside and out in the opener.

“He is a guy that has worked really hard and diligently and is trying to make a name for himself and doing a good job of it,” Ravens coach John Harbaugh said.

Browns outside linebacker Christian Kirksey was drafted 23 spots ahead of West. Kirksey knows exactly what to expect from his former teammate.

“He’s one of those guys who’s energetic outside there on the field,” Kirksey said. “He’s a guy that wants to be making the big play and get the team pumped, get the offense pumped. His personality matches his play.”

It’s too early to tell if the Browns defense will truly be different this season. But Williams brought credibility and a reliable system and infused aggression, attitude and confidence.

“They’re going to play with a ton of passion, energy,” Ravens quarterback Joe Flacco said. “When you can play with that kind of energy and run to the ball, that’s really what leads to good defenses, and these guys definitely do that.”

Schobert was looking forward to the straightforward challenge from West and the Ravens.

“They’re just going to come at you, play physical, try to run you over,” Schobert said. “So you’ve got to buckle your chinstrap and get in there. That’s how we like it. We want to attack on defense, they’re trying to attack on offense. It’s fun when teams will just line up in a formation to run the ball, you know they’re going to run the ball and it’s about who can get off the ball best and be more physical.”

The Breakdown: Thumbs up, thumbs down, the matchups
Browns-Ravens Preview: WR Rashard Higgins active; 3 points of interest; 3 numbers to watch; the prediction