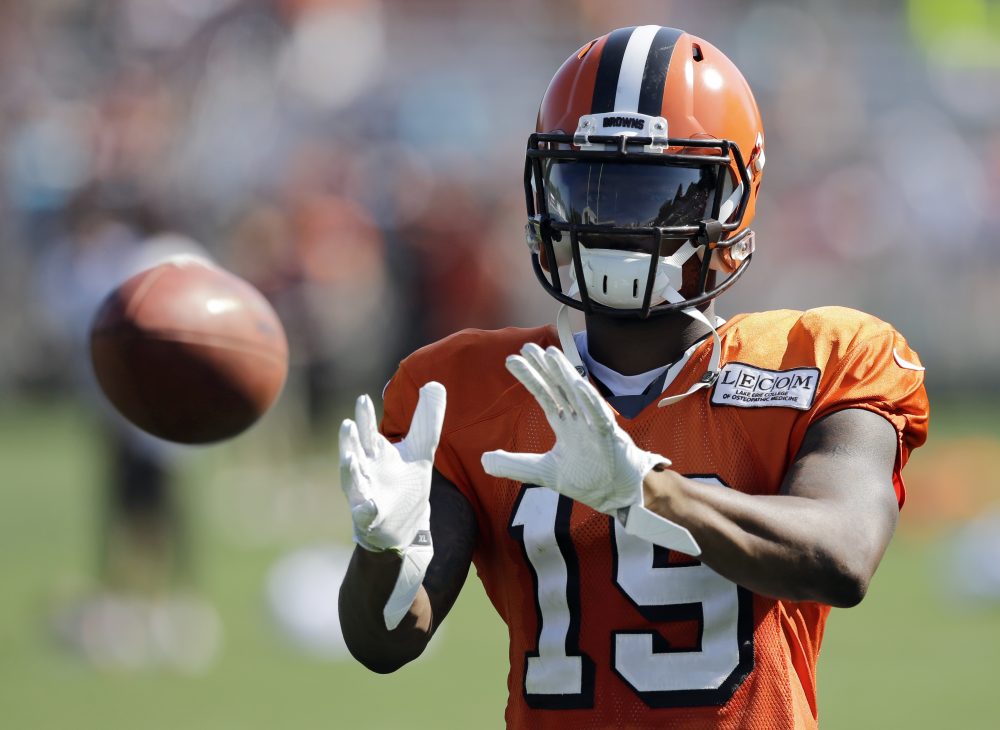 September has been cruel to Corey Coleman in his two years in Cleveland.

Coleman, the Browns’ No. 1 receiver, was placed on injured reserve Tuesday after surgery on his broken right hand Monday. On Sept. 21, 2016, he broke a different bone in the same hand in practice, didn’t have surgery and missed six games.

Each team can designate two players to return from injured reserve. The designation doesn’t need to be made until the player can return to practice. Once on IR, a player is eligible to practice after six weeks and must miss at least eight weeks of games.

The earliest Coleman could return would be Nov. 19 against Jacksonville.


Coleman, the No. 15 pick last year, started both games this season, catching six passes for 62 yards and a touchdown. He was injured Sunday in the fourth quarter of a 24-10 loss at Baltimore.

Ricardo Louis, one of the receivers who will be asked to take on a greater role, said Coleman was really down.

“You can just imagine being an athlete, playing the sport that you love and getting hurt. It’s an unfortunate situation having to deal with it so early in the season.”

“He knows that it’s right back to the grind of getting back to the field to help out this program,” Kizer said. “Corey is going to have to go in and spend a lot of alone time. That’s one part of injury that no one really sees is how much you’re out there by yourself trying to get back to normal.

“So I’m going to support him as a friend and as a teammate, and I’m looking forward to seeing his progression through this injury and hopefully we’ll see him back out there.”

The Browns didn’t fill the roster spot and will likely promote someone from the practice squad before the game Sunday in Indianapolis.

Even without Coleman, the Browns have six receivers on the active roster, not counting running back Duke Johnson, who played slot receiver in the opening loss to Pittsburgh. Yet they signed wideout Jordan Leslie to the practice squad Tuesday after cutting him following a productive preseason in which he caught nine passes for 93 yards and two touchdowns.

If promoted to the 53-man roster, he would join Kenny Britt, Louis, Rashard Higgins, Sammie Coates, Kasen Williams and Reggie Davis in trying to make up for the loss of Coleman.

“That’s why we’re here,” Louis said. “When plays present themselves, we’ve just got to make them. That’s what we’re striving for.”

Holmes was with the team last year, during camp and played in the opener. Thomas is an undrafted rookie from Iowa State who spent the preseason with the Colts.

DeShone Kizer’s fear realized when migraine hit Sunday, said he had symptoms when threw 1st interception
Isaiah Crowell has his mind on the money and wants the ball more; Hue Jackson says he’ll get it but better take advantage