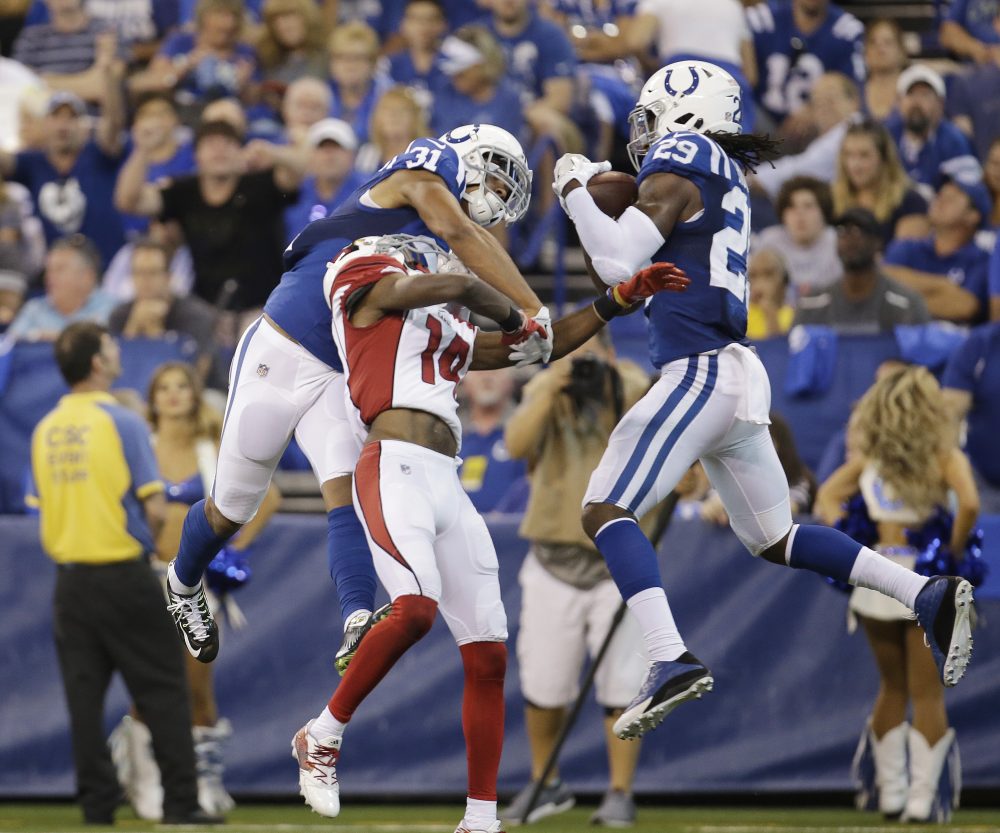 Kizer, the No. 52 pick, threw three interceptions and lost a fumble last week in his second start, as he dealt with a migraine that forced him from the game for a quarter. He can’t be hesitant to fire the ball downfield, but Hooker is reason to pause.

Hooker, the No. 15 pick, made his first start last week after dealing with a series of injuries, intercepted Arizona’s Carson Palmer near the goal line and returned it 32 yards. He demonstrated the same skills at Ohio State, where he had seven interceptions in his lone season as a starter. He returned three of the picks for touchdowns.


“He has great ball skills. He is big in size. He is definitely going to be a guy that we have to keep our eye on,” Kizer said. “They move him all over the place. That is what you can do with a young, talented, big-size guy like that. He is kind of a good utility tool they have back there.”

Kizer is too young (21) and too inexperienced (two NFL games) to have scar tissue, but he called the loss to the Ravens one of the worst performances of his life in any sport. So the faster he can put it behind him and replace it with a positive memory the better.

The two biggest keys will be getting rid of the ball on time — he’s been sacked nine times — and better accuracy on pivotal throws. All four of his interceptions this year have come in the opponent’s territory and cost the Browns scoring chances. That can’t happen on an offense with such a small margin for error.

Jackson’s offensive philosophy is to push the ball downfield and that fits with one of Kizer’s strengths. The Browns are third in the NFL with 11 pass plays of 20 yards, and Kizer relishes the deep chances.

That aggressive mindset will give Hooker chances. He’s fast enough to play in the middle of the field, read the quarterback and get to the sideline before the ball arrives.

“Those guys just kind of come out of nowhere sometimes and they are able to get their hands on the ball, they know how to make special plays when the ball gets in their hands,” Jackson said. “Yeah, we will be aware of where he is at all times, no doubt.”

Hooker was in play for the Browns with the No. 12 pick in the draft in April. But they traded with Houston and moved down to No. 25, where they selected Michigan’s Jabrill Peppers, who’s been converted to free safety. Jackson told NFL Network’s Michael Silver during the draft that he wanted Hooker at No. 12 and compared him to future Hall of Famer Ed Reed.

Jackson didn’t want to revisit that this week.

“I do think he has a chance to be a good player. I’m not going to back off on that,” Jackson said of Hooker. “But I like the safeties we have right now. We have one (Peppers) and he returns kicks for us. He intercepts balls and has the potential to run them back, no different. The guy we have there is a ballhawk back there, too. He goes and gets the football and he tackles. I am very comfortable with the guy that is on our team playing safety for the Cleveland Browns. I don’t need to talk about Malik anymore.”

Jackson has to hope he won’t have to answer any questions about a Hooker interception or two after the game.

Browns-Colts Preview: Myles Garrett inactive but works out before game; 3 points of interest; 3 numbers to watch; the pick
Colts 31, Browns 28: The breakdown — thumbs up, thumbs down, the matchups