Browns-Colts Preview: Myles Garrett inactive but works out before game; 3 points of interest; 3 numbers to watch; the pick 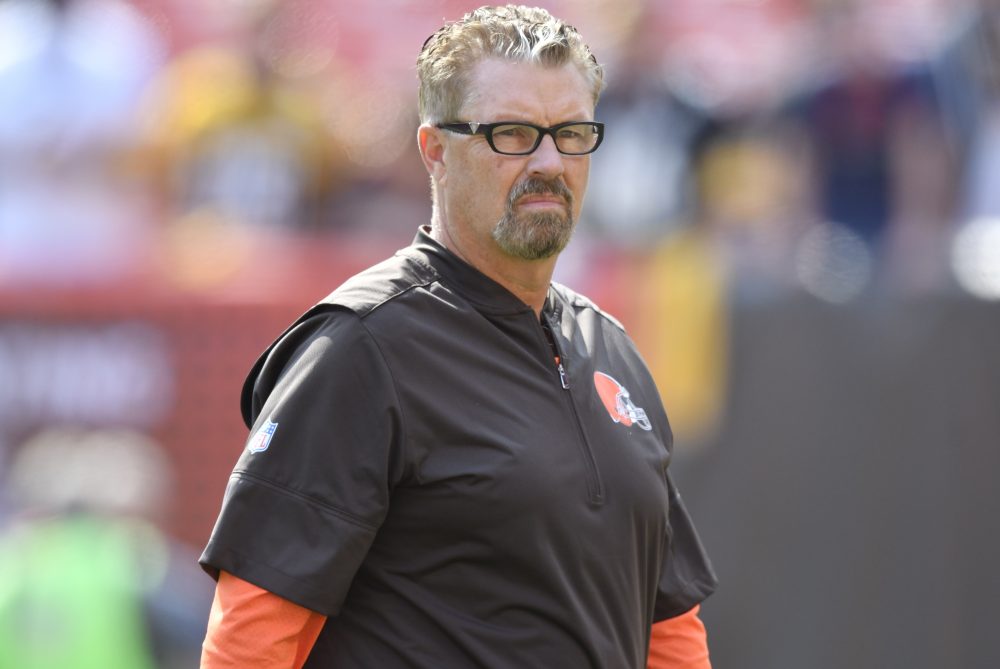 He’s inactive as expected after being listed as doubtful on the injury report.

Garrett, a defensive end, is getting closer to a return and worked out before the game with an athletic trainer. He ran and did agility drills.

He hasn’t practiced since a teammate fell into his right leg Sept. 6, four days before the opener. He could return to practice this week and possibly play against the Cincinnati Bengals.


The Browns will also be without starting outside linebacker Jamie Collins, who suffered a concussion last week in a loss to the Ravens. James Burgess will start in his place.

The Colts will be without some big names.

Pierre Desir, a fourth-round pick of the Browns in 2014, will start in place of Davis.

Jacoby Brissett will make his second straight start at quarterback. Deyshawn Bond will start for Kelly.

The chance to dominate has arrived. But it comes without two top players, which might make the mission impossible.

Cleveland’s defense is much improved under new coordinator Gregg Williams and believes it can be a top-five unit in the league. The first two games weren’t ideal situations to show how far it’s come, with the talented Steelers in Week 1 and the offense putting it in bad spots all day last week with five turnovers against the Ravens.

The Colts are ripe for the dominating. Quarterback Andrew Luck remains sidelined with a shoulder injury, leaving Jacoby Brissett as the starter, and he only arrived Sept. 2 in a trade with New England. The Colts have scored 22 points in two games, and outside of receiver T.Y. Hilton they lack game-breakers.

The defense should have the chance to lift the Browns to a win but will have to overcome the absence of outside linebacker Jamie Collins (concussion) and rookie defensive end Myles Garrett (doubtful, high ankle sprain). There’s strength in numbers.

“To me, it looks like there are 15 guys on the field,” Colts coach Chuck Pagano said. “I’m telling you, I’m looking at the tape to see if they have too many the way that they swarm and run to the football. There are a lot of guys running around making a ton of plays.”

Brissett brings a running threat Pittsburgh’s Ben Roethlisberger and Baltimore’s Joe Flacco didn’t have. The Browns can’t shut down the Colts if they let Brissett hurt them with his legs.

“It all depends on how we come out,” cornerback Jamar Taylor said. “If we come out, we play Browns football, we can be a dominant defense.”

Running back Isaiah Crowell wants the chance to put his money where his mouth his. Or where his mind is. Or something like that.

Crowell was honest with reporters during the week, saying he sometimes questions the play calling, wants the ball more and thinks about his next contract all the time. Coach Hue Jackson said all of that’s fine, but added if Crowell gets the carries he desires he must convert them into big yards and touchdowns.

Crowell won’t back down from that challenge.

“I feel like I’m a great player, I’ve got a lot of confidence in myself and I feel like I can help my team be successful,” he said.

The Colts won’t make it easy. They have the seventh-ranked run defense (73 yards a game) and are second in the league with 2.52 yards allowed per carry. But if the Browns can get a lead — it would be their first of the season — that would finally provide Jackson the opportunity to feed Crowell. He would have more confidence if the run game had some success in the first couple of drives.

“Everything starts up front,” run game coordinator Kirby Wilson said. “You have to control the line of scrimmage if you want to be a dominant running football team. We have five outstanding offensive linemen. They are very close to getting this thing turned around. Once it does, we think that will open the floodgates and you will see some great success in the run game.”

If receiver Kenny Britt is ever going to live up to his four-year, $32.5 million contract and assert himself as a team leader, this is the time.

No. 1 receiver Corey Coleman will miss eight weeks after breaking his right hand last week, so Britt slides into the top spot. By default. He had a terrible preseason and hasn’t been any better through two games. He has two catches for 15 yards, a big drop and a penalty.

The numbers provide no reason to believe Britt will be able to help rookie quarterback DeShone Kizer. But Britt seemed more focused during the week and said he accepted Jackson’s challenge to step up in Coleman’s absence.

“I’m always up to any challenge,” he said.

“Kenny is the elder statesman in that room and I think he will raise up and help lead these young guys and we will go play good this week,” Jackson said.

If Britt doesn’t elevate his game or those of the guys around him, the time could quickly come for head of football operations Sashi Brown to admit he made a giant mistake and move on from Britt.

Pro Bowls in five seasons for Colts quarterback Andrew Luck, who hasn’t played this season because of a shoulder injury.

DeShone Kizer bounces back from a brutal day in Baltimore, the defense makes a few big plays and the Browns get the win they desperately need. Browns 20, Colts 14.