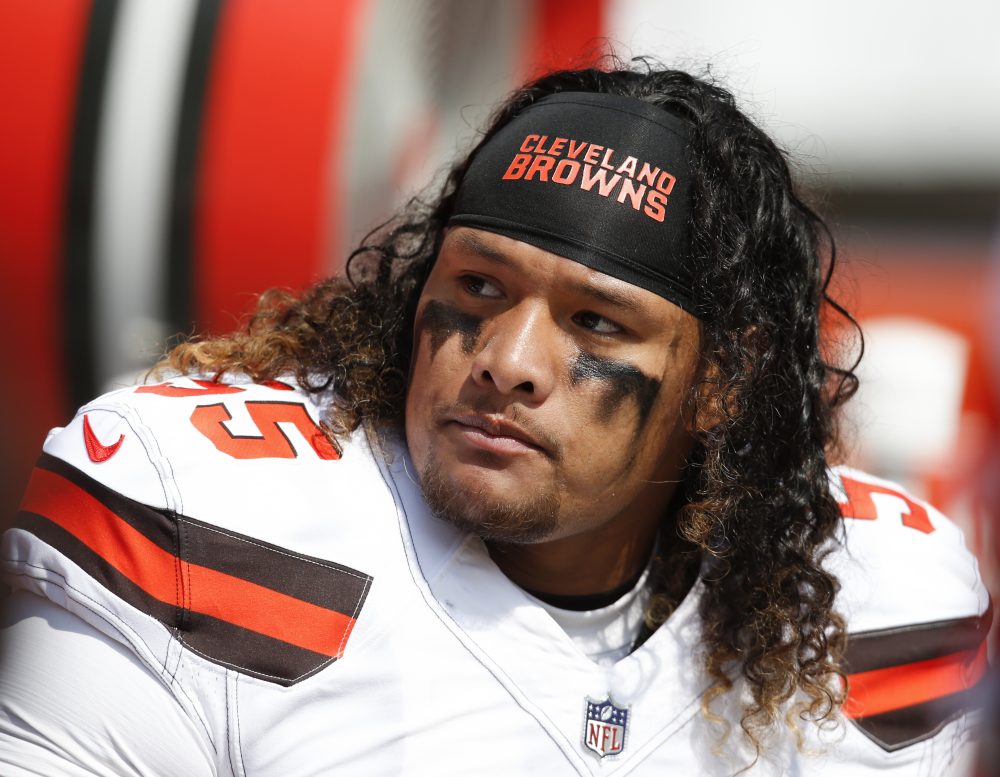 Shelton didn’t practice Thursday after injuring his left calf Wednesday during practice and was awaiting the results of an MRI to determine the extent of the injury.

He’s coming off his best game of the young season — a seven-tackle performance against the Colts — and missed the chance to practice with rookie defensive end Myles Garrett, who returned to practice Thursday.

“Myles seems like bad luck for me or something,” Shelton said. “Every time he wants to come out to practice, I end up going in to get treatment. So we just switch off, I guess. I’m excited to see Myles back at practice.”


Shelton, the No. 12 pick in 2015, was walking fine and had a compression sleeve on his left leg. His status for the game Sunday against the Cincinnati Bengals is uncertain, but it’s not believed to be a long-term injury.

He remained hopeful he’d be able to play Sunday.

“You never know, but I’m pretty confident that I’ll be good,” he said. “I feel a lot better from yesterday and just working with the trainers and doing the treatment, it’s made it feel a lot better.”

Shelton said he’s never had a calf injury before, felt the pain out of the blue and was able to finish practice Wednesday. The loss of Shelton would be a significant blow to the run defense.

“Danny has been playing well,” coach Hue Jackson said. “Danny has been contributing to our defense and doing extremely well. Hopefully, it is nothing major.”

Jamie Meder would likely see more playing time if Shelton is out, along with rookie Larry Ogunjobi.

Zeitler’s laserlike focus will be tested Sunday. He was a first-round pick of the Bengals in 2012 and played with them for five years. They let him leave in free agency and he became the league’s highest-paid guard, signing a five-year, $60 million contract, including $31.5 million guaranteed, with the team four hours north.

“I have no hard feelings,” Zeitler said. “It is a business. They have a lot of talented players on that team that they need to take care of in the upcoming years. I’m happy to be here and be part of the Browns, and I’m looking forward to Sunday.”

“But Kevin’s so focused on his own goal of playing well and being a good guard that it honestly might not even cross his mind,” he said. “Because he’s so intense about the next play. He’s very focused.”

“I would say that sounds about right,” Bitonio said. “He’s real intense. He puts in the work. Even if he’s tired, he’s always trying to get some extra work in.”

Jackson expects Burfict to be extra ornery for his return and said he could agitate Burfict if he wanted to try to draw a penalty.

“It is not about getting under his skin. I would rather keep that animal under control,” Jackson said.

They were together in Cincinnati for four years and Jackson respects Burfict immensely.

“He is as fine a linebacker as I have been around,” Jackson said. “He is a tremendous football player, a heckuva person and a heckuva teammate. He plays the game the way you would want any linebacker in this league to play it.

“Obviously, his reputation has preceded him by some things he has done, but he is the type of football player you want. He plays the game with everything he has. Every now and then, he is right on the line. Obviously, in the National Football League, you get in trouble for going across the line, but he plays it like you want it played.”

Left tackle Joe Thomas said Kizer played his best game yet Sunday in a 31-28 loss to the Colts. Kizer went 22-for-27 for 242 yards with two touchdowns, three interceptions, a sack and a 50.1 rating. He ran for a touchdown and was victimized by at least six dropped passes.

“I saw the way that he was throwing in rhythm,” Thomas said. “He was making quick, decisive decisions with the football. Wasn’t taking as many sacks. And I think that’s huge progress.

“You could see as the second half got on he was getting confidence in understanding the route concepts, understanding the coverages, knowing where the ball needs to go on time. And to me it seemed like a really big step for him.”

Outside linebacker Jamie Collins (concussion) missed practice again. He’s been out since Sept. 17 against the Ravens.

** Defensive back Bernie Parrish (1959-66) and linebacker/fullback Tony Adamle (1947-51, ’54) will be inducted into the Cleveland Browns Legends on Saturday and honored at halftime of the game.

Notes: DeShone Kizer’s decision-making is good, but accuracy remains work in progress
Notes: Duke Johnson “on a mission” to be reliable playmaker for struggling offense