Notes: Duke Johnson “on a mission” to be reliable playmaker for struggling offense 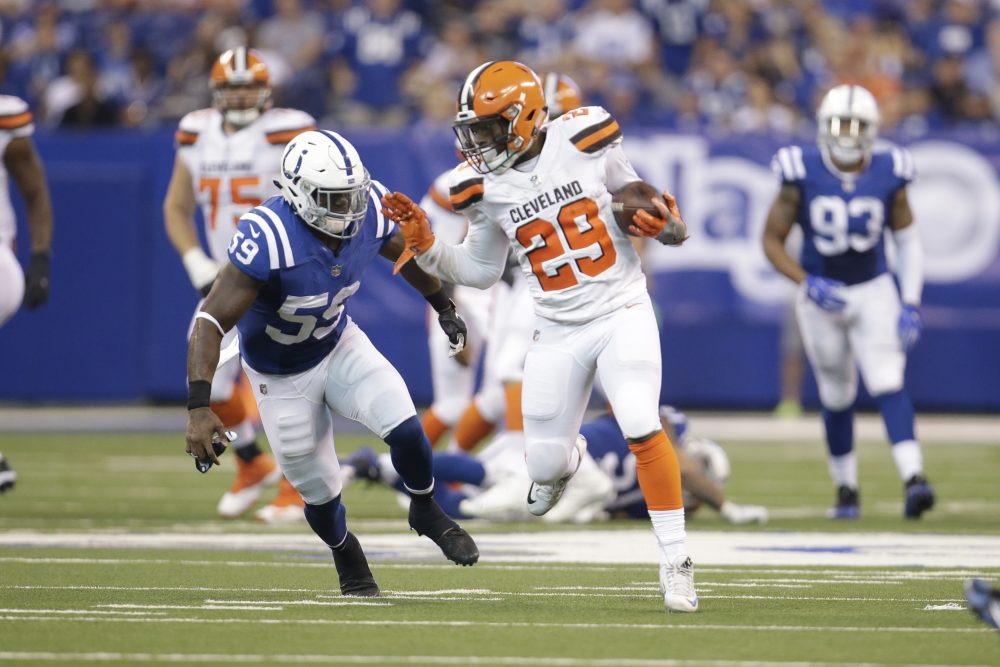 BEREA — Duke Johnson looks like a different player this season. When he gets the ball in his hands — which some argue should be more often — he runs with an obvious passion and a physicality that belies his 5-foot-9, 210-pound frame.

“He is on a mission. He is on a mission to prove to everyone that he is a very talented football player that can make plays in all situations,” Wilson said Friday. “He has been really engaged and focused not only every week but especially this week. He is really playing and practicing at a high level right now.”

Despite being given only 17 touches in the three losses, Johnson leads the Browns with 204 yards from scrimmage.

“He is so in tune to what we are doing that he sees that as the ultimate challenge that they are really relying on me and they need me to make things happen,” Wilson said. “I think that has been the big reason.”

Johnson has rushed six times for 44 yards (7.3 average), including a scintillating 19-yard touchdown last week against the Colts. He tops the team with 11 catches for 160 yards (14.5 average), with a one-handed 34-yarder against the Ravens in Week 2 and 23- and 25-yarders against the Colts.

After spending Week 1 lined up as a slot receiver, he transitioned back to his natural role as running back because coach Hue Jackson wanted to make sure he could get the ball into the hands of arguably his best playmaker.

Rookie quarterback DeShone Kizer called Johnson “lethal” after he caught six passes for 81 yards and rushed twice for 23 against the Colts.

“One of his best attributes is once the ball is in his hands, whether it be on the toss sweep or quick pass, when he is in space, he does a really good job of making guys miss,” Kizer said. “In this league, you have to make sure that the better players on your team are getting the right amount of touches. For us, we know that any time the ball is in Duke’s hands, there is an ability for us to push an 8-yard gain to a 20-yard gain.”

Cornerback Jason McCourty was part of a select group invited to the league offices in New York on Tuesday to meet with Commissioner Roger Goodell in a national anthem summit.

“It was a positive meeting and good dialogue,” McCourty said.

Owners Jimmy and Dee Haslam, linebacker Christian Kirksey and tight end Randall Telfer also made the trip from the Browns, joining owners and players from other teams.

The meeting was scheduled after President Donald Trump’s prolonged onslaught against the NFL and players who kneel during the national anthem.

“At the end of the day, we’re all a part of the same business,” McCourty said. “We want to protect that and we’re going to work together when someone else is attacking it. So I think that’s kind of what happened between players, ownership, our commissioner, we’re all trying to figure out what’s the next best thing.”

The Browns hadn’t formalized a plan for Sunday regarding what to do during the anthem.

Linebacker James Burgess was fined $9,115 by the NFL for unnecessary roughness against the Colts for a late hit on a punt return.