Mailbag: What to do at receiver? Why wasn’t Briean Boddy-Calhoun on T.Y. Hilton? 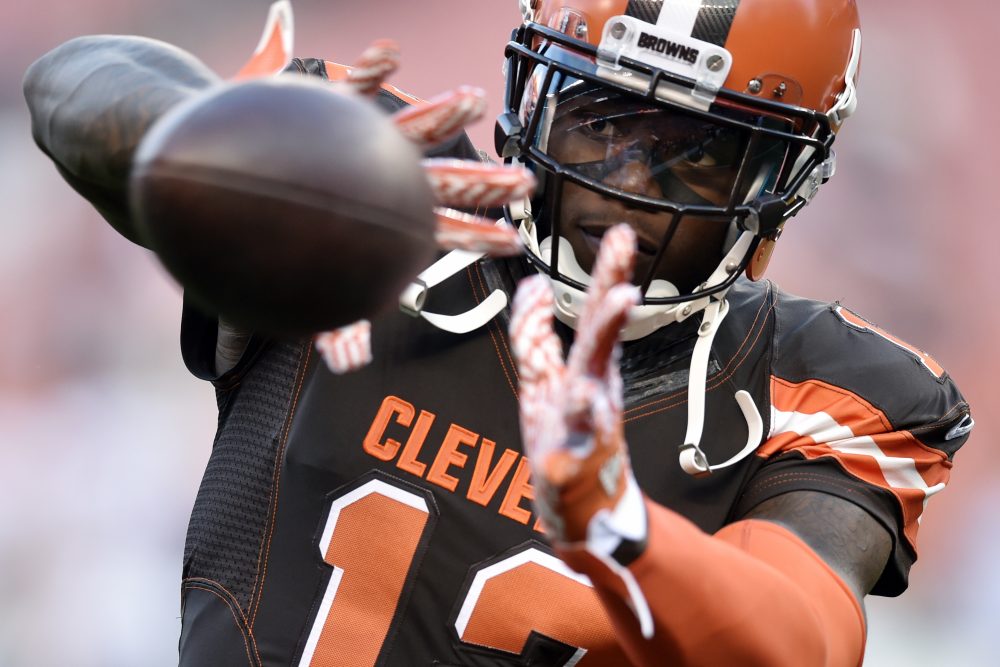 Q: When or is Josh Gordon coming back? Also why not add Victor Cruz?

A: The NFL isn’t commenting on Gordon, and its policy regarding suspended players and their reinstatement is always shifting. Even if Gordon is reinstated within the next couple of weeks, there’s no guarantee the Browns will bring him back. Their stance has softened since Gordon walked away from the team last year at this time, but he’s let them down so many times in the past, they could choose to end ties and try to trade him.

Of course, the Browns have a terrible receiving corps and could desperately use his immense talents. So the decision wouldn’t be easy.

With all that being said, I don’t expect Gordon to ever play again in the NFL.

Q: Do you see the team making any moves at receiver?

A: The moves should’ve been made in the offseason but weren’t, and head of football operations Sashi Brown deserves the blame. He was counting on the four second-year receivers to emerge, but they aren’t talented enough.

Brown was able to execute a trade for Pro Bowl linebacker Jamie Collins during last season, so I won’t rule out another midseason move this year for a receiver. But it’s unlikely Brown will be able to do anything to upgrade the worst position on the team.

As for former Giants standout Victor Cruz, he doesn’t fit the Browns’ profile with his age and injury history.

Q: What do you think of this wild idea: Return JC Tretter to tight end, where he played as a middle-classman at Cornell (to which he went as a QB), so as to provide the run-blocking and pass-pro assistance lacking for years here at the position and so as to open center for a more powerful, more physical and durable asset such as Austin Reiter (maybe) or the re-signed John Greco?

A: Now, that’s thinking outside of the box.

I see where you’re going and don’t disagree the overall blocking needs improvement. But the Browns invested too much money in Tretter to make him a part-time tight end. They also like tight end Randall Telfer as a blocker and continue to hope Tretter and the offensive line will get better the longer the unit works together.

As for Greco, the coaching staff thought he was better at guard than at center.

Q: Why was not (Briean) Boddy-Calhoun assigned coverage on Colts receiver T.Y. Hilton? It seems to me he is the quickest of the CBs and that equips him to confront an athlete of T.Y.’s style. There seems to be three kinds of WRs these days: big, physical guys; quick, elusive guys and fast, downfield guys, with variations among the cast (that is, some big, physical guys are also fast downfield guys.) Hence, it seems to me CBs should be assigned according to which style WR they can best defend.

A: That’s an interesting suggestion. Defensive coordinators do their best to maximize a player’s strengths and minimize his weaknesses, but the overriding philosophy is a cornerback has to be good enough to cover every type of receiver. It’s also increasingly rare to see a cornerback follow a specific receiver for an entire game, with many sticking to one side of the field.

As for Boddy-Calhoun against Hilton, he couldn’t have done any worse than Jamar Taylor did in the first half. But coordinator Gregg Williams believes Taylor and Jason McCourty are better than Boddy-Calhoun. That could change as the season goes on.