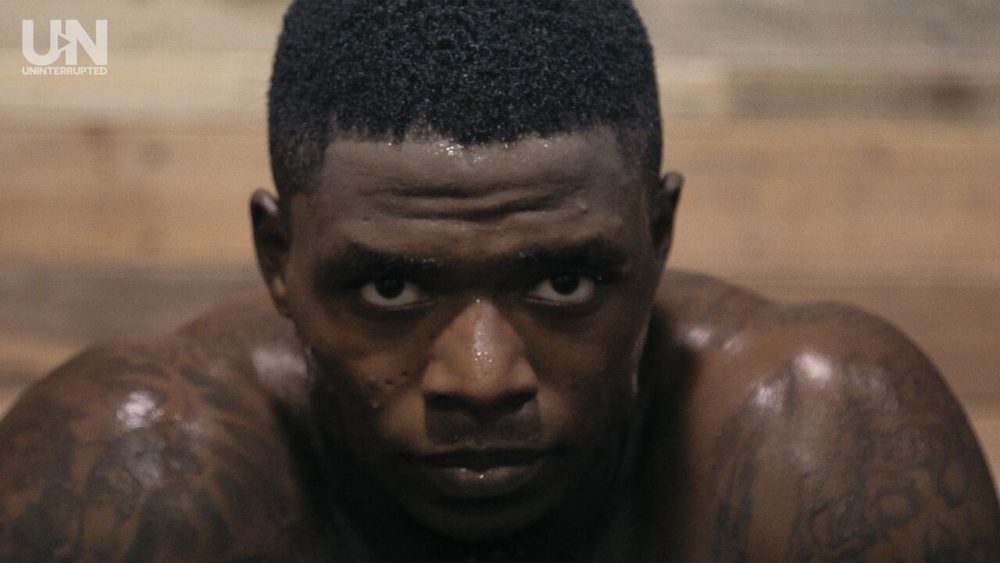 Josh Gordon is making his case to be reinstated by the NFL.

Gordon, the oft-suspended Browns receiver, taped a series of interviews for a 13-minute video that was released Tuesday morning on the website Uninterrupted.

He’s been on indefinite suspension by the NFL since the offseason before the 2015 season. His latest application for reinstatement was denied in May, but he was told he could reapply in the fall.

“Honestly the whole experience has been humbling and it’s humbling every day. Brutally so,” Gordon said in the video. “A dose of reality for sure, man, when you’re put in a position to be constricted socially, financially, just all resources exhausted, the ego is diminished to just about nil. The only thing I know I have to go off of is my faith, family and my ability with football.”

Gordon was interviewed late in the summer during a three-day leave after 70 straight days at Florida Recovery Center.

“I need to live out my amends, try to make right for all my past transgressions and mistakes and show and prove that I can be a better person, a better man, somebody that is accountable, reliable,” he said. “Because I know what’s on the other side of that. If given the opportunity, I believe I can prove my worth.”

.@JOSH_GORDONXII is prepared to right his wrongs — all he needs is the opportunity. J.G. is now streaming, watch at https://t.co/RpDiOkG88B. pic.twitter.com/4aIWfEQlo0

Gordon, 26, has missed the last 38 Browns games and 48 of 53 because of suspensions. He has failed numerous drug tests dating back to college and said he’d been enabled most of his life by coaches, teachers and professors, including a Baylor coach who helped him cheat to pass drug tests.

“I’ve used alcohol many, many occasions,” he said. “Xanax, many occasions. Cocaine, several occasions. Marijuana, most of my life. Codeine cough syrup, promethazine, very prevalent where I’m from. It’s what I grew up using.”

The latest rehab stint was the fourth known one. He said this one is different.

He called the first one in the NFL in 2013 a “publicity stunt” and a “business move” to improve his appearance with media and fans.

“I was there for like 14, 15 days. It was a joke,” Gordon said. “It was pretty much a vacation. I had a bunch of good, gourmet meals and took a little break and then got right back to work and then led the league in receiving yards.”

Gordon was an All-Pro in 2013 and set a franchise record with 1,646 receiving yards despite being suspended for the first two games.

The next season he was suspended 10 games following a DWI arrest. He returned for five games before missing a morning walkthrough the day before the finale and being suspended by the Browns. He was at the airport when general manager Ray Farmer told him he wasn’t allowed to fly to Baltimore with the team.

He was suspended by the league for the entire 2015 season and hasn’t played since. He said he was slammed from all angles and called a “drug addict,” “junkie” and “alcoholic.”

Gordon said the recent trip to rehab came after a moment of realization when he was in Gainesville, Fla., consistently on the search for drugs.

“That night in particular I couldn’t find anybody with drugs and I just began to have a flashback and remembered all the negative things that have happened in my life that transpired,” he said. “Like what led up to this point? How did it get this bad? It’s so dark out here, I’m all alone, what the hell am I doing? I was scared. I was scared for my life.

“And then just something clicked in my head at that point, it’s like, ‘Man, you did it again, you’re willing to throw away everything you ever work hard for, everything you ever had out of life.’ It’s so strange, but I just had a desire to stop, I had the desire to get help, invest myself 100 percent into whatever was going to help save my life.”

Gordon is shown working out and hanging out in Florida during the documentary, which he said he did because he thought it might be “therapeutic” and people might be able to learn from his mistakes and story.

The mini-documentary received a lot of attention and drew support from Cavaliers superstar LeBron James and several former Browns teammates.

“Easy 2 judge some 1 over wrong doings but u never know what they’re going thru!” James tweeted. “Addiction is a REAL ISSUE! Love the direction u headed JG”

Easy 2 judge some 1 over wrong doings but u never know what they’re going thru! Addiction is a REAL ISSUE! Love the direction u headed JG ?? https://t.co/bG9adjOqhL

The next step for Gordon appears to be an attempt to restart his NFL career. The Browns haven’t said whether they’d welcome him back, but first Commissioner Roger Goodell must grant reinstatement. An NFL spokesman declined to comment Tuesday.

“I’ve been able to sit down with Roger Goodell and talk to him in many instances while I was just worried for my career, and he gave me some of the most honest answers and information and advice that anybody could give to you,” Gordon said. “I respect Roger Goodell. He gets a bad rap, because people don’t understand him and they don’t know him, but for me, he’s a great guy. He’s a great man, he’s been a friend to me, he’s been a mentor to me in a way in which he may not even understand.

“And I voiced my opinion to him and told him how bad and desperately I want to get better, wanted to stop drinking, I don’t want to do this anymore. I want to get the opportunity to get my life back.”

Hue Jackson says he hasn’t made QB decision but sounds like he plans to go with Kevin Hogan over DeShone Kizer
Kevin Hogan replaces DeShone Kizer as starting QB vs. Texans