Notes: Jabrill Peppers moves closer to line, now he has to close with sacks 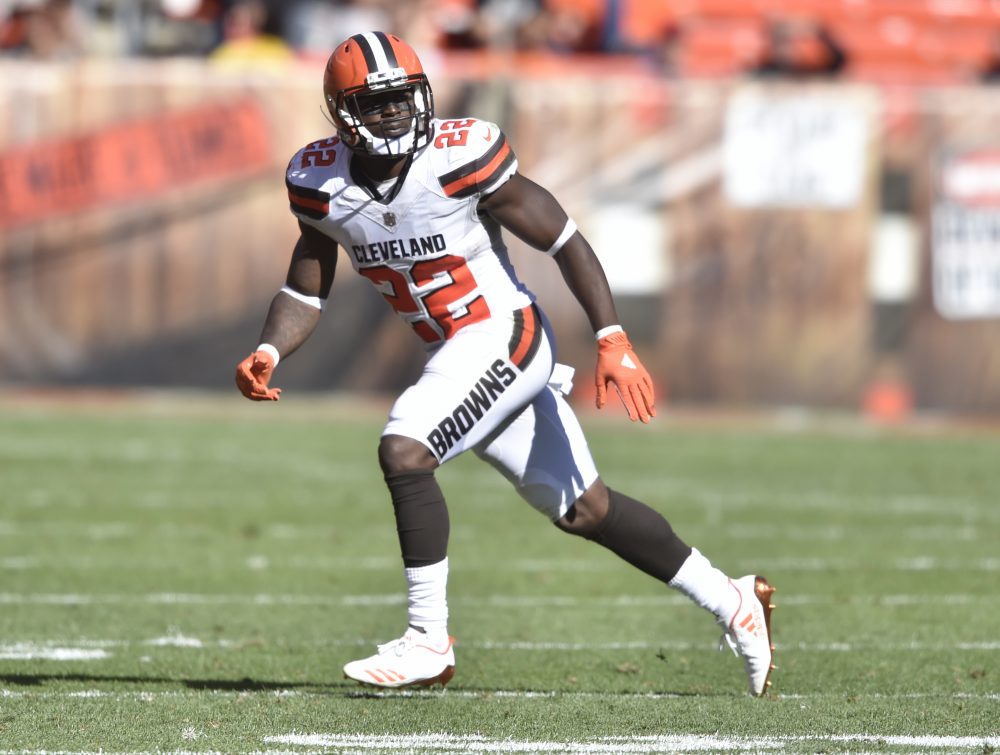 BEREA — That wasn’t an illusion last week against the Jets. Rookie free safety Jabrill Peppers indeed lined up closer to the line of scrimmage on several plays.

“It definitely felt good, just to mix it up now, show them that from down there I’ll blitz, from down there I might not, might drop back,” he said this week. “I think we’re just building towards the unknown.

“It’s definitely fun getting out there getting around the ball a little bit.”

Peppers spent the majority of the first four games, and some time against the Jets, playing the “angel” safety about 25 yards off the line of scrimmage. Coordinator Gregg Williams has incorporated Ibraheim Campbell and nickelback Briean Boddy-Calhoun into the safety rotation to give him more flexibility with Peppers, as the game plan changes for each opponent.

“I told you guys a long time ago there are a lot of different things that Jabrill can do and we will allow him to do that,” coach Hue Jackson said. “He is a young, emerging player. He is doing some really good things. He is going to continue to grow and play in a lot of different spots for us.”

Now he needs to finish with sacks.

Peppers ran past Jets quarterback Josh McCown to miss one opportunity and was called for roughing the passer on another when he went for the ball and made contact with McCown’s helmet.

“You have to smile and I love to see the excitement that he plays with — he has to work on changing direction in the pocket,” Williams said Friday. “He had a chance where he just ran by the quarterback because, boom, it had been awhile since he had been in the pocket.

“He will do that each and every week. We will put certain things in for his skill set just like we do all of them.”

Receiver Kenny Britt (knee/groin) was listed as questionable on the injury report after being limited in practice all week. It sounded as if he’ll miss a second straight game following a rough start to his Cleveland career.

“I just want him to be healthy, first and foremost, so that he can put his best foot forward,” Jackson said. “We need to get the best version of Kenny Britt. If there is anything that I think is not right, then obviously I would hold him.”

** Right tackle Shon Coleman (knee) and center JC Tretter (knee) were listed as questionable but were expected to play.

“There is a good chance,” Jackson said.

“Just a little banged up, but we did what we needed to do this week, so I should be good to go,” Tretter said.

“Wow, did he play well,” Williams said of Burgess against the Jets.

Burgess started in place of Jamie Collins, who’s back this week after missing three games with a concussion.

“It is just having confidence in the kid,” Tabor said. “He just needs to get out there and do what the good Lord has given him the talent to do. I think that he will do that.

“He has had a good week of practice. I’m excited for him. He is going back home, being able to kick down there in front of his friends and family. Looking forward to seeing how he bounces back this week.”

Gonzalez is from Deer Park, Texas, which is near Houston. Tabor said he’s mentally strong enough to overcome the misses.

“Obviously, he is disappointed, there is no doubt about that,” Tabor said. “That is not a bad quality. He cares, wants to do well and he is going to do well, but he knows that sometimes this happens.

“The mark of a good pro is getting back up, bouncing back and working hard, and he has done all of those things to give himself a chance to play at a high level on Sunday.”

Defensive end Emmanuel Ogbah was born in Nigeria but raised in Houston. He’s excited to get back home and will have about 30 friends and family at the game.
“Oh, yeah, can’t wait,” he said. “Get to see some home-cooked meals, so I’m excited about that.”

Ogbah said his focus will remain on the game, so he won’t travel around Houston to see the devastation and recovery attempts following Hurricane Harvey. He raised money with his teammates and donated it to Team Rubicon.

Joe Thomas is connected with Team Rubicon, which employs veterans to help in disaster relief.

“As young guys, we look up to that to see how we can use our platform to make a difference,” Ogbah said.