Analysis: Owners Jimmy and Dee Haslam already at another crossroads 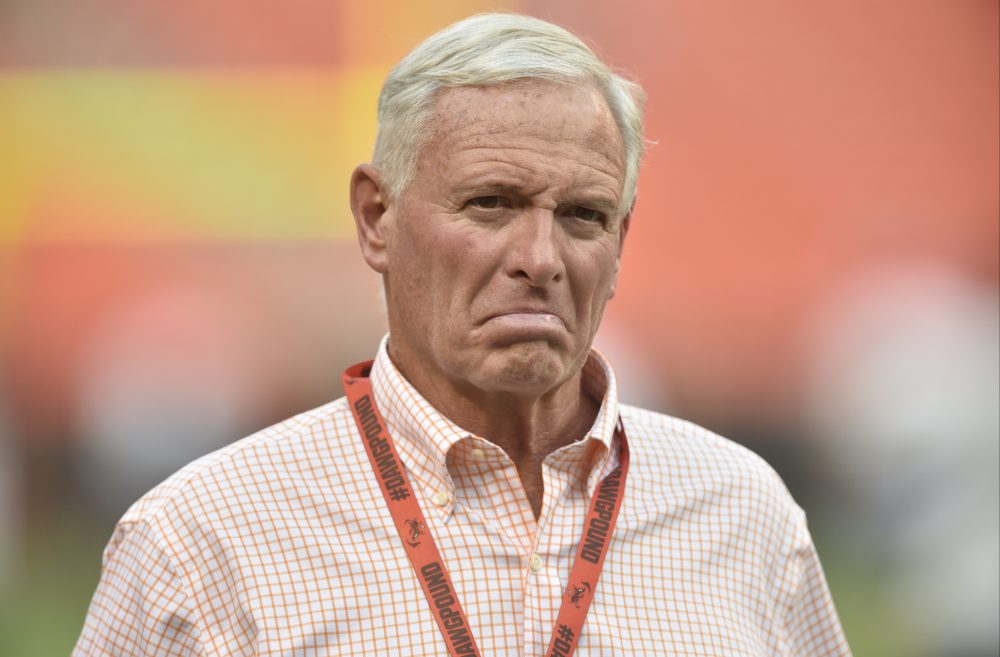 What should owners Jimmy and Dee Haslam do?

It’s a simple question with no easy answer.

And it must be asked following a not-nearly-as-close-as-it-looks 33-17 loss to the Houston Texans on Sunday that dropped the Browns to 0-6. They are 1-21 since Sashi Brown was put in charge of the football operations and Hue Jackson was hired as coach.

The losing stretches to the day the Haslams agreed to buy the team in 2012. They are 20-66 without a winning season.

I know plenty of fans would answer the above question with: Sell the team.

Let’s take that off the table. The Haslams are making a bunch of money and they’re one of 32 families in the world to own an NFL team. They can put up with the losing, and public vitriol, for at least a few more years.

That doesn’t mean they’ll keep the status quo. Despite the professed confidence in Brown and Jackson in training camp, I can’t imagine the Haslams accepting another dismal season without making substantial changes to the organization.

They put up with a franchise-worst 1-15 record last season because it was the first year of the rebuild. The roster had been gutted, injuries ruined the quarterback position and they had just committed to the unconventional front office led by Brown and former baseball executive Paul DePodesta.

This season seems headed down the same hard-to-stomach — and hard-to-watch — path. The Browns have been blown out two of the last three weeks, with a close but ugly loss to the Jets in the middle.

The Browns are one of two winless teams in the league. The other, the 49ers, has lost its last five games by a combined 13 points.

The progress expected in Year 2 of the reconstruction is nearly non-existent. Rookie defensive end Myles Garrett looks like a stud through two games, but the No. 1 pick in the draft should be good. The defensive stats are better, but the weekly breakdowns overshadow the improvement.

Then there’s the roster.

Brown has made 24 draft picks and had two free agencies with vast amounts of salary cap space, yet the Browns remain outclassed from a talent perspective. They don’t have an NFL receiving corps and don’t have a natural free safety.

The front office had to recognize that, yet didn’t solve the problems. That’s unacceptable.

Unless there’s an unforeseen, and miraculous, turnaround over the final 10 games, the Haslams will have difficult decisions to make. And they might not wait until the end of the season to start making them.

ProFootballTalk reported Sunday night the Browns had begun reaching out to front office candidates. A team spokesman called the story “false and erroneous,” but the site stood behind it.

Then WKYC-TV Channel 3 reported Monday all-time great quarterback Peyton Manning was in town last week. The reason for the visit wasn’t known, but he shares a University of Tennessee connection with Jimmy Haslam, so people began connecting the dots.

Regardless of the reports, it seems inevitable the admittedly impatient Haslam will make significant changes if the current regime goes 2-30 or 3-29 or even 4-28 in its first two seasons.

Does that mean a complete demolition of the front office and coaching staff?

Does he pick sides and blame one of the above for the failures?

Does he keep Brown and Jackson but order major changes? An experienced football guy to oversee, or at least help, Brown through free agency and the draft. An offensive coordinator for Jackson, who’s struggled on gamedays.

I don’t think Haslam knows what he’s going to do.

He should know he has to do something.

He can only wait so long for the rebuild to kick in and the disaster to fix itself. That time appears to be nearing an end.