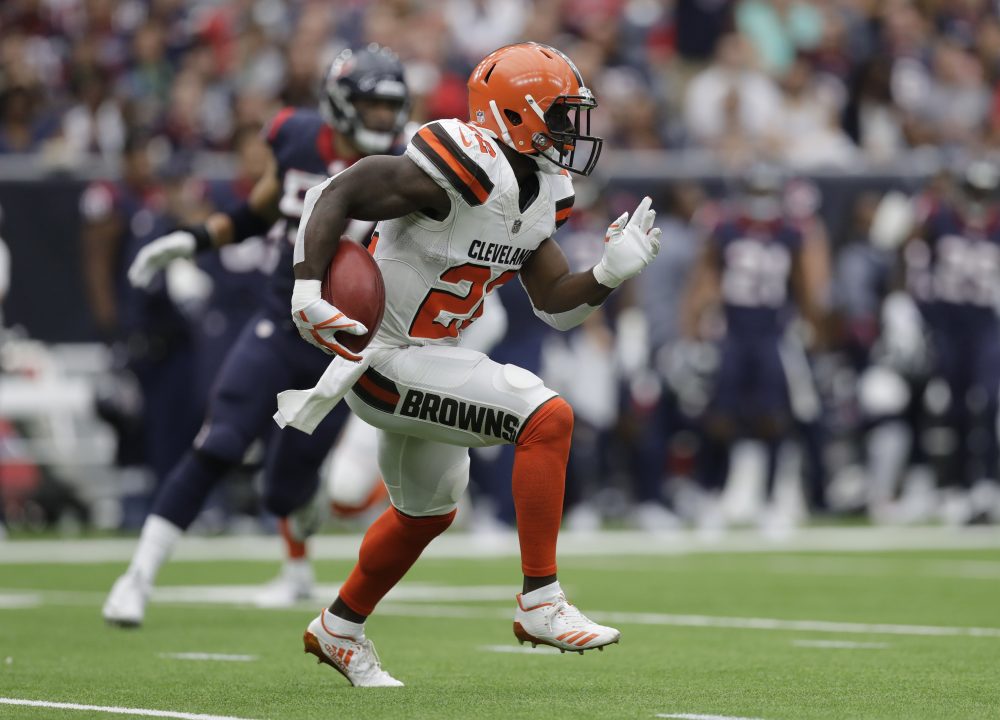 McCourty and Peppers are inactive for the game that kicks off at 1 p.m. at FirstEnergy Stadium. They’ve played nearly every snap this season.

McCourty injured his ankle in practice Thursday, didn’t practice Friday and was a long shot to play even though he was listed as questionable on the injury report. He’ll be replaced in the starting lineup by Briean Boddy-Calhoun, with Michael Jordan sliding into the role as No. 3 cornerback.

Peppers being inactive is a surprise. He didn’t practice Wednesday, was limited Thursday and Friday and told reporters he was going to play.


Ibraheim Campbell will start in place of Peppers alongside safety Derrick Kindred.

Peppers, the No. 25 pick, is also the kickoff and punt returner. Receiver Bryce Treggs is expected to fill the roles.

McCourty is the team’s top corner and has been the defense’s best player through the 0-6 start. He spent the first eight years of his career with the Titans before being released in the offseason to save money.

Receiver Kenny Britt is active and will return after missing two games with a groin injury. He was sent home from Houston before the game last week after missing curfew Saturday night with receiver Corey Coleman, who’s on injured reserve with a broken hand.

Britt is off to a terrible start in his first year with the Browns and is on thin ice with the coaching staff. He signed a four-year, $32.5 million contract, including $17 million guaranteed.

“It is one-week opportunity,” coach Hue Jackson said Thursday. “Here is his résumé this weekend.”

For the Titans, Walker (calf) and running back DeMarco Murray (hamstring) are active after being listed as questionable.

Kenny Britt, Corey Coleman were sent home from Houston after missing curfew
Joe Thomas’ amazing snap streak over at 10,363 after triceps injury that could end his season