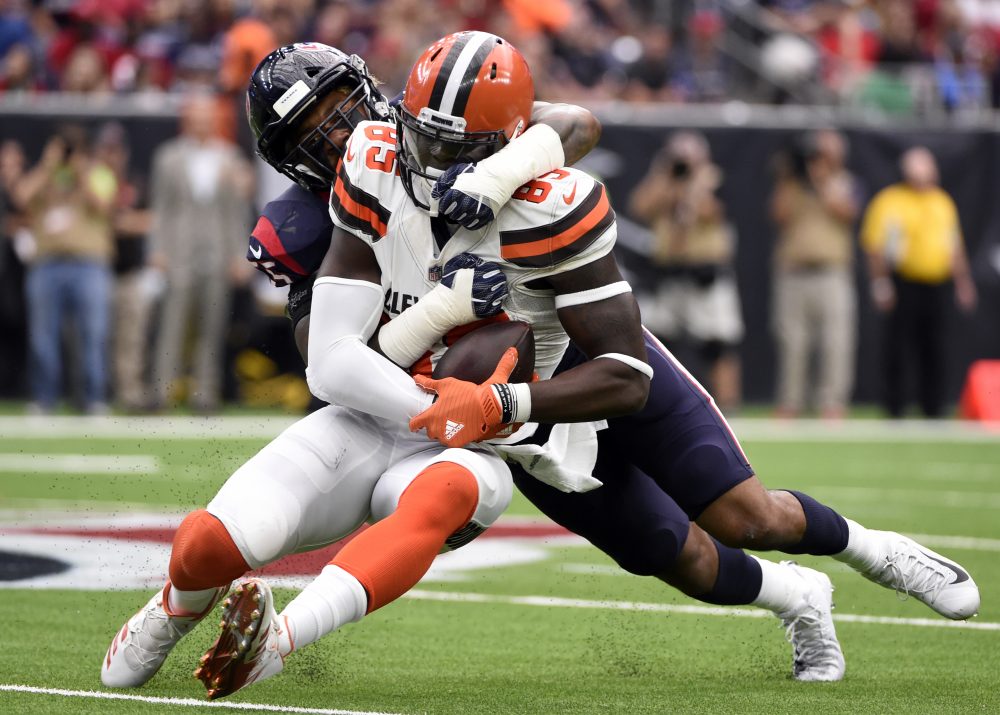 Q: One of my regular golf foursome is an Eagles fan. I get repeated “thank you’s” for the trade that gave them Carson Wentz. Other than hitting him with my 9-iron, can you give me some ammunition and the facts on this trade? Who got the better deal?

A: I wish I could, Andy. But unless DeShone Kizer turns into a Pro Bowl quarterback or Wentz self-destructs, the Eagles have a huge advantage from the deal done before the 2016 draft. Wentz is an MVP candidate in his second season and has all the traits of a franchise quarterback. Until the Browns find their long-term answer at the position, they should regret giving Wentz to the Eagles.

And if push comes to shove, try a rescue club to keep peace on the course.

Q: Since the return, what was our best chance to get out of this rut? I say it was hiring president Mike Holmgren but only if he coached or got a top lieutenant (like Jon Gruden).

A: That’s an interesting question. I agree the franchise would look a lot different if Holmgren or Gruden had coached. They are team-changing personalities in the right role.

But the closest the Browns came to making a serious run came under Butch Davis. I don’t believe he had staying power at this level, but with the right roster decisions after the 2002 playoff season, they could’ve contended for at least a couple of years longer.

I also think the talent evaluation skills of former general managers Phil Savage and Tom Heckert gave the Browns the chance to right the ship, but Savage self-destructed and Heckert was bounced when owner Jimmy Haslam took over.

A: Yes, but I don’t think he gets to 50 percent. The coaches are bringing him along slowly and sticking to their three-tight end rotation with Seth DeValve and Randall Telfer. Until Njoku gets better as a blocker, his snaps will be limited.

Q: What do you need to see on the field in the middle third of the season to believe the plan should be kept in place?

A: For me, it’s all about wins and Kizer. If the Browns can win four of the final 10 games, I think the Haslams can sell stability for another season. The other chance is for two or three wins and Kizer showing vast improvement and development to have everyone convinced he’ll be the franchise quarterback. (I wrote about this Saturday.)

Q: Please find out if the Browns plan on wearing any other uniform color than the white this year.

A: You get your wish today. The Browns will be in all brown, with orange socks.

Q: How many empty seats/seats filled with Titans fans do you expect to see? Saw tickets for $6 last night.

A: It’s a beautiful day on the lakefront, so I don’t know if that helps or hurts attendance. My guess is the stadium is two-thirds full.

Q: Any updates to the rumor of Browns hunting for additional front office exec? IYO, how likely is it they hire someone?

A: I’m sure owners Jimmy and Dee Haslam are considering every scenario regarding the front office and coaching staff. I don’t expect anything drastic anytime soon, but if the season finishes with one, two or three wins, I would be stunned if the Haslams don’t make some type of significant move. That could be an addition to the front office or a total reconstruction.

Mailbag: Is a top-10 defense realistic? The veteran void? Who’s to blame?
Mailbag: Offensive changes? What if? Why is Kenny Britt still on the roster?