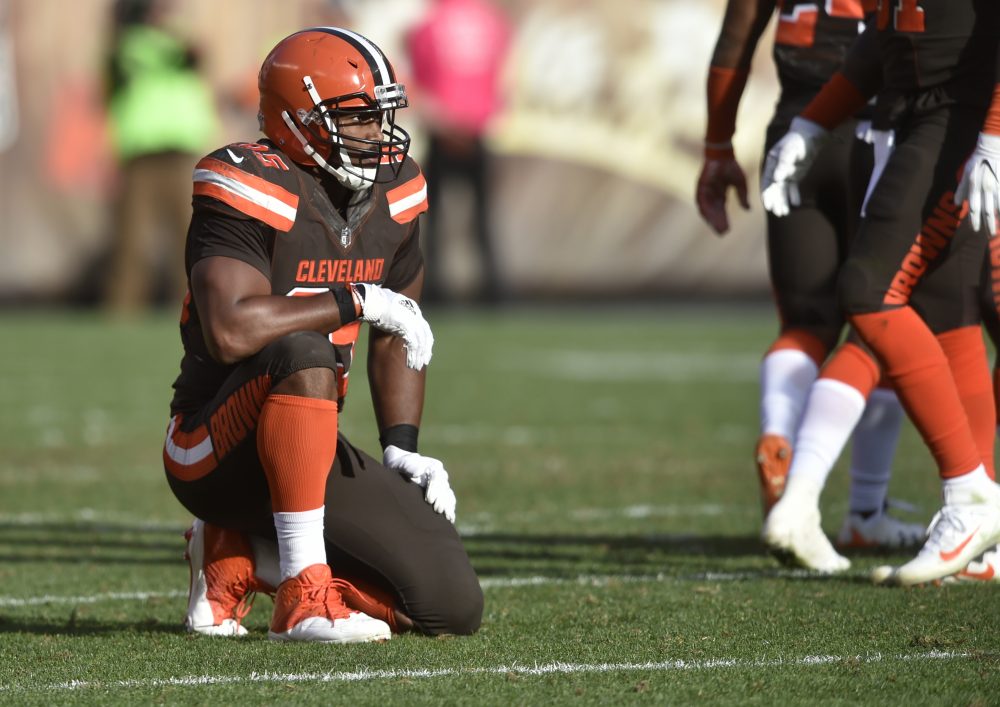 First, Myles Garrett didn’t get the chance to take down “Big Ben.”

Now, he won’t even get to see the real Big Ben.

Garrett won’t make the trip to London and won’t play Sunday against the Minnesota Vikings, the team announced Thursday afternoon. The team was scheduled to fly overseas Thursday night and was leaving behind Garrett as he remained in the league’s concussion protocol.

Garrett, the No. 1 pick and right defensive end, reported concussion-like symptoms Tuesday and was placed in the protocol. He didn’t practice Wednesday or Thursday.

Garrett missed the first four games with a high right ankle sprain, including the opener against quarterback Ben Roethlisberger and the Steelers. On draft weekend, Garrett named Roethlisberger as his first target for a sack.

The Browns will miss him. His four sacks lead the team and are tied for tops among NFL rookies.

Carl Nassib is expected to start in his place.

“Myles is a great player,” linebacker Christian Kirksey said Wednesday. “He’s just coming off the edge, bringing the extra spark to the defense, being that guy that can go out there and make an impact play. That’s definitely something that we’ll miss.”

The defense could be further short-handed against the Vikings.

Diggs leads the team with four touchdowns. He has 23 catches for 395 yards in five games.

Rookie quarterback DeShone Kizer got a lesson in the pervasiveness of social media when he was videotaped standing at a downtown bar early Saturday morning. The video was sent to WOIO-TV Channel 19, which aired it on its pregame show, and Kizer’s nightlife became a story.

Kizer said he often talks to his dad, Derek, who played basketball at Bowling Green, about what it was like to be an athlete before social media.

“All the time,” he said. “Our generation is definitely different from what he did. Everyone always jokes around that athletes back in the day and if they had cell phones or if they had social media, how much different things would be. That is the reality of the fact.

“This is the world we live in now. With that comes a lot more responsibility as guys who appear on TV every day and have some sort of fame to what they are doing. It is on me to once again make sure I do whatever I can to allow social media to be a positive influence on this team, a positive influence on my brand and continue to learn from the mistakes that I have had in my past.”

“Pat is doing a great job,” coach Mike Zimmer said. “He has been really varied with the offense. We have had a lot of injuries on offense. We lost our running back. We lost two offensive linemen last week and receivers. He has been able to piece together things and continue to make it work and use guys to the best of their ability.”

DeShone Kizer back as the starter, hopes to finish the game this time
Instead of a bed, DeShone Kizer gets rookie treatment on flight to London