Mailbag: Offensive changes? What if? Why is Kenny Britt still on the roster? 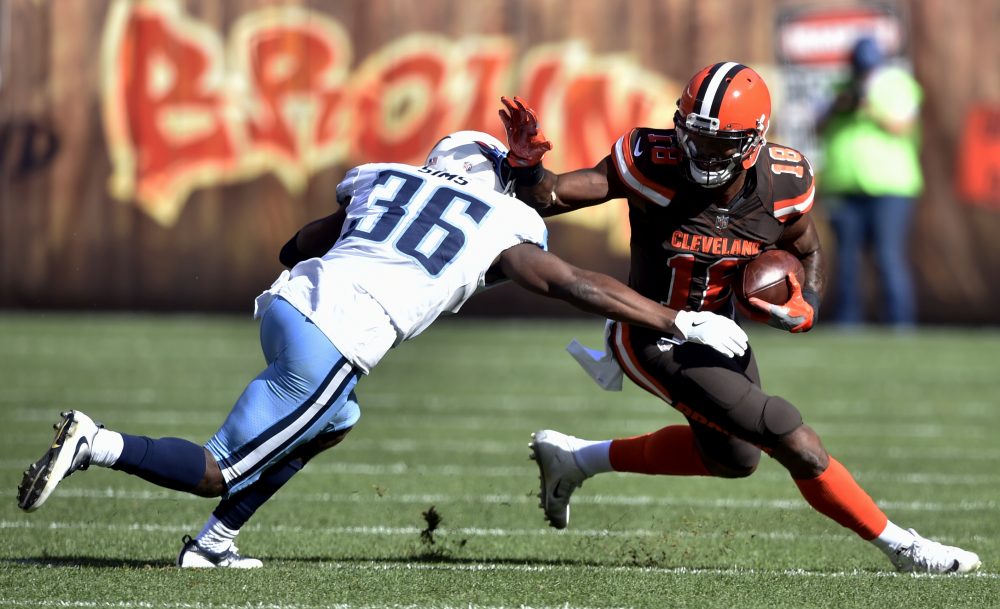 Q: What do you think of this three-point plan toward fixing the offense for the second half of this season?

3.) Send quarterback Cody Kessler to his buddy Derek Carr’s club so as to settle in as his long-term backup, causing Bath’s Connor Cook to become Cincinnati’s new No. 2 quarterback, so AJ McCarron can rejoin Hue Jackson’s system as his potential No. 1 QB, auditioning as a free agent to be in that role.

Jackson gets a slightly seasoned vet passer who knows his offense. Two potentially exciting WR targets are infused. Oakland gets a quality reserve QB familiar with Cali and their starting QB. Cincinnati gets a young backup to replace the one it figures to lose over the winter without compensation.

Seems reasonable, fair and plausible all around, except for Kenny Britt, piece of —-, not likely to appeal to anyone but our front office.

A: If I haven’t said it before, I love your imagination. And I think the moves would make a huge difference.

However, I have a few issues with your proposal. Washington didn’t want to pay Britt as a free agent in the offseason, it won’t want to pay him after his brutal start with the Browns. And it’s not up to the Browns to activate Gordon. He must first be reinstated by the NFL.

As for the three-way quarterback trade, there are too many moving pieces. Also, I’m not sure why anyone would trade for Kessler, even as a backup. As for McCarron, it will be interesting to see if the Browns make a run at him after the season. Of course, much of that would depend on Jackson still being around.

Please keep the scenarios coming. They’re a lot of fun.

A: If this happens … my first choice would be 70-year-old senior offensive assistant/receivers coach Al Saunders, if he’s willing to accept the expanded role. Saunders has been a head coach in the NFL and an offensive coordinator three times.

Lee also has experience as a head coach and coordinator, several times, but at the collegiate level. I would let Lee continue to focus on the quarterbacks, with Saunders taking on the extra work. I think the players would rally around Saunders, who has a great personality and tons of experience.

Q: Why is Kenny Britt still on this team?

A: I have a lot of answers, but I don’t have this one.

Well, maybe I do. He’s guaranteed $10.5 million in his four-year, $32.5 million contract, and it would look awful if he were to be cut less than half a season into the deal. The other reason to keep him — and I’m not saying it’s a good one — is that despite his dreadful lack of production, he still might be the most talented receiver on the roster. The Browns keep hoping he comes close to living up to his past and contract.

With all that being said, I would’ve cut him Monday.

Q: The secondary and run defense are doing well, but the pass rush is disappointing. Do we lack the talent for a consistent pass rush?

Obviously it was much improved in the three games Myles Garrett was able to play, but the Browns need better production from the rest of the ends. Emmanuel Ogbah, Carl Nassib and Nate Orchard were second- and third-round picks, yet haven’t met expectations to this point. Ogbah has two sacks, Nassib one and Orchard one. That’s not going to cut it.