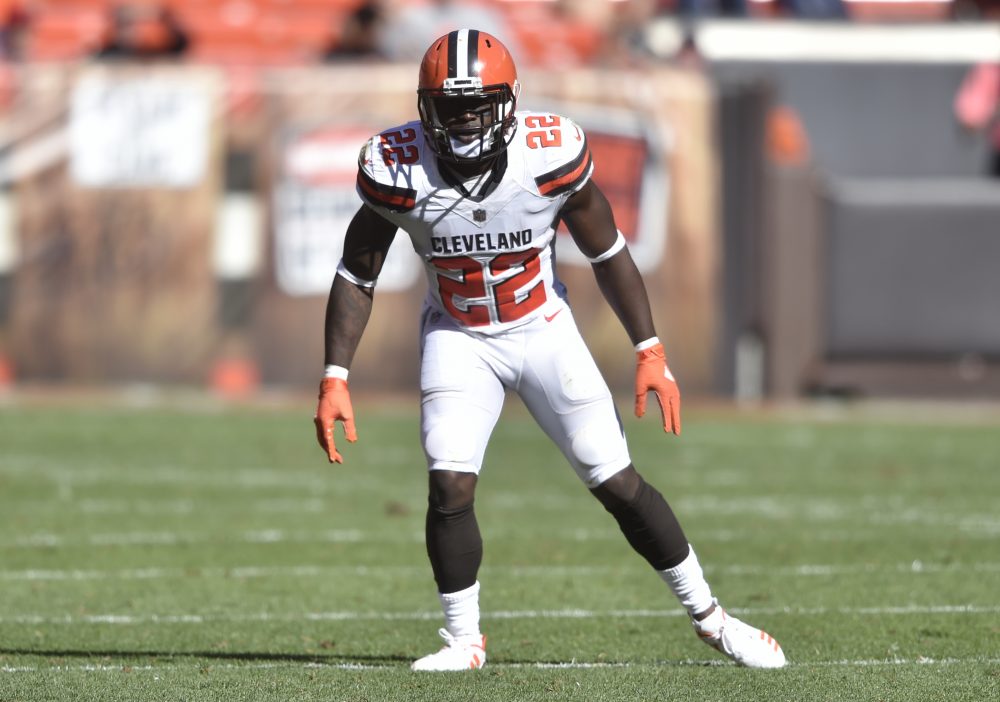 BEREA — The first half of Jabrill Peppers’ rookie season wasn’t what he envisioned.

The Browns went 0-8 — a harsh reality after two state championships in high school and two successful seasons at Michigan.

He was put at free safety, where he didn’t have much experience, then coordinator Gregg Williams asked him to line up 25 yards off the line of scrimmage.

His performance fell well short of his high standards.

Peppers is ranked 82nd of 83 safeties by profootballfocus.com. In six games, he has 26 tackles and a pass defensed. He’s missed open-field tackles on big plays and been out of position in coverage.

Williams has been ripped by media and fans for lining up Peppers so deep, but Peppers said that’s not the problem.

“It is not the roles, it is just the play,” he said. “All the bad plays I made was because of me not because of where I was lined up or the scheme or anything. It was because I didn’t make the play. It is as simple as that.

“They put me in positions to make plays. I just have to make the plays. If I make those plays, nobody would be talking about how far back I am or all of the extra stuff.”

Peppers, the No. 25 pick, was frustrated throughout the first half, which ended with him missing two straight games with a toe injury. He’s re-energized this week.

He’s practicing and plans to play Sunday against the Detroit Lions. He’ll return to Michigan, where he has lots of fans from his days with the Wolverines. He’s determined to get win No. 1 in the NFL.

Peppers’ spirit was obvious in the early portions of practice Thursday when he didn’t stop dancing between repetitions. He even added a couple of signature Michael Jackson moves when “Billy Jean” came through the speakers.

Cornerback Jason McCourty, who is 30 and eight years older than Peppers, said that enthusiasm is constant.

“I love his energy. At 6:30 in the morning, he’s the loudest guy in the training room,” said McCourty, who was sidelined the last two games with a sprained ankle but is expected back this week. “Just the excitement of him this week just being back out there feeling a lot better on his toe. The attitude that he has, how he attacks, how much he wants to improve, that’s going to enable him to continue to grow and grow and become a better player in this league.”

Peppers’ present is at free safety, the “angel” in Williams’ scheme. His future could be closer to the line of scrimmage, where he thrived at Michigan.

Jordan Poyer began last year as the Browns’ free safety, then was injured and allowed to leave in free agency, signing with the Bills. Ed Reynolds finished last season and opened training camp as the starter but suffered a knee injury and was waived. Justin Currie was another option but injured an ankle and was waived.

That left Peppers to fill the void.

“We have to play with what we have, and he has been our best free safety back there thus far, but we see his skill set as being closer around the ball, too,” coach Hue Jackson said Thursday. “I think he is versatile and can do both. If we need him to play in the post, he can. He is going to get better at that, but his tenacity, his quickness, his suddenness is probably more fit for being around the ball at strong safety.”

McCourty has become a valued resource and trusted teammate, and advised Peppers the time at free safety will benefit him in the long run.

“I told him the more you can do, the better, the longer you’ll stay, the more you’ll get paid. He loves that,” McCourty said. “Whenever you come in and everybody’s saying you can’t do something, why not learn to do it and go out there and make plays and you can sit back and laugh. The kid just wants to get better. He doesn’t care what he’s asked to do.”

Jackson appreciates Peppers assuming all the blame for his struggles but said it’s not necessary.

“He is that kind of kid. He is going to take responsibility, maybe too much responsibility for the things that go on, so you like that,” Jackson said. “One thing about him, he doesn’t want to be that guy that is making mistakes, so he will get better. His arrow is up. He just has to keep working at it.”

“For myself to hear a rookie feel that way and take the ownership, that’s the type of a player you want, a guy who wants to put it on his back, wants to go out there and make the plays to help us win,” McCourty said.

Peppers is excited to be back after a toe injury that lingered and was worse than originally thought.

“It was very frustrating, especially when you are not playing as well as you would like to and then that is the lasting impression on everyone’s mind,” he said.

Lions quarterback Matthew Stafford will test Peppers and the rest of the pass defense that ranks 17th (229.3 yards a game) but is tied for 26th with 16 touchdown passes allowed. Stafford has a huge arm and can make every throw, so Peppers will be asked to go forward, backward and sideline to sideline.

He’s ready for the challenge, and the second half of the season.

“I’m more comfortable with the system and just playing in the league itself, being back there and judging the speed of guys and the quickness of guys,” he said. “I was talking to the vets, and experience is one of the best teachers, and I’ve been through a lot just in these six games that I’ve played in, more bad than good, but there’s always a lesson in everything, and I just try to be the guy that never makes the same mistake twice and keeps getting better and better.

Nearly blindsided and replaced, DeShone Kizer remains the starter and looks to recapture that “dog” mentality
Avon Lake’s Brian Mihalik settling in on O-line, has started 2 straight games for Lions