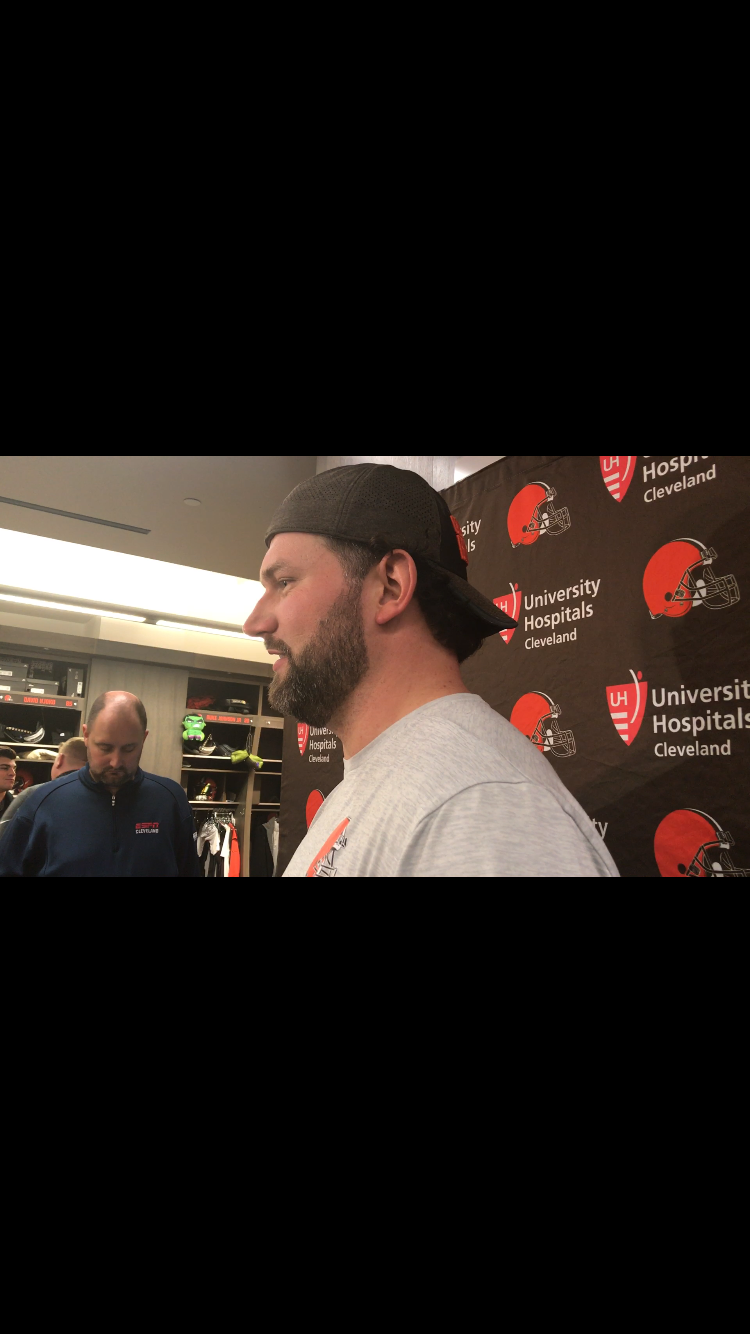 BEREA — Joe Thomas appreciates the raise he received from the Browns last week but said it won’t be a determining factor in whether he returns for a 12th season.

“The question it’s going to come down to is am I feeling like, from a personal health standpoint, is it something that I can do for another year?” Thomas said Thursday.

The Browns had planned to give Thomas, a 10-time Pro Bowler, a salary bump to push him up the list of highest-paid left tackles and followed through even after he suffered a season-ending torn triceps tendon. Thomas received an extra $1.5 million this year and $1.5 million added to his 2018 salary, upping it to $10.3 million.

Thomas, 32, has said for years the decision to extend his career comes down to ability, love for the game and health. He said the first two are still at a high level and will decide on the health — his whole body not just the triceps — after the season.

He said the state of the franchise will also influence his decision.

As for the raise, he said it had been discussed for a couple of years and the timing was “ironic.”

“Right before I got hurt, they decided that they were ready to adjust my contract and do a market-value adjustment for the last two years,” he said. “I thought it was pretty cool that they followed through with what they were going to do.”

Thomas said the arm is slowly coming along, with gradual increases in how much he can bend the left elbow, which is encased in a brace. He said former NFL lineman Kevin Mawae messaged him after the injury and told him he was able to return from a torn triceps twice and the key is taking the recovery slow.

Thomas said the rupturing of the triceps Oct. 22 during the Titans game was somewhat of a relief, because the arm was so painful throughout the game.

“I was in so much pain and it was so hard to try to function with that arm that it was like, ‘Oh, I’m glad we finally figured out what this was. Thankfully at least I can get it better now,’” he said

Thomas returned to the team this week, is helping coach the linemen and will go on the road trips.

“It felt nice sort of getting back into the swing of things and feeling like you are still part of the team,” he said.

Left guard Joel Bitonio said Thomas devoting his time so quickly after the injury says a lot about him.

“It is why he is the best. He has given so much to the city, this team,” Bitonio said. “I kind of felt lost without him for a little bit, but he has been back in there and he has been helping out.”

Safety Derron Smith (5-foot-10, 200 pounds) was signed to the active roster off the Bengals practice squad. He’s in his third season after being a sixth-round pick in 2015. He’s played in 31 games with seven tackles, a pass defensed and six special teams tackles.

Smith took the roster spot of safety Ibraheim Campbell, who was waived with an injury designation. Campbell injured his hamstring Wednesday in practice.

Campbell was a fourth-round pick out of Northwestern in 2015 and started 11 of 37 games. He had 15 tackles, a pass defensed and a fumble recovery in eight games this year.

“Probably was going to be awhile before we got him back so I think we felt as an organization it was best to see if we can get another pair of legs in and move on at this time,” coach Hue Jackson said.

Rookie tight end David Njoku was already fired up for Saturday night’s matchup between his No. 10 Miami Hurricanes and No. 3 Notre Dame. He was offended when a reporter asked if the Hurricanes are for real.

Njoku tried to get support from running back Duke Johnson, but Johnson isn’t a believer in his alma mater.

“We’re playing bad and still winning games,” Johnson said. “Our defense is amazing, our offense is too inconsistent.”

Njoku didn’t approve and spent several minutes talking loudly in the locker room about the big game. He has a bet with rookie quarterback and Notre Dame alum DeShone Kizer.

“It definitely is (tough),” he said. “Most of the people here don’t like me because of how they felt about me at Michigan.”

Theresa and Gregory Kempf, a 1986 Elyria Catholic graduate, were in London for the recent game against the Vikings and spotted another former Elyria resident.

Isaac Payne is in the Navy and stationed in Rota, Spain, and attended the game in his Browns gear, according to an email from the Kempfs. Payne’s family remains in Elyria.

Greg Kempf is the Browns’ chiropractor.

Cody Kessler will remain the backup quarterback, with Kevin Hogan the No. 3.

** Thomas is the team’s nominee for the annual Salute to Service Award, which recognizes NFL personnel who demonstrate an exemplary commitment to honoring and supporting the military community.

** Linebacker Deon King was signed to the practice squad. He was waived Wednesday.

Notes: DeShone Kizer focused on start vs. Lions, rather than attempt to replace him
Notes: Zane Gonzalez appreciates vote of confidence, believes he’ll be more consistent in 2nd half of season