Mailbag: Is a QB coming at the top of the draft? Why have they ignored WR? The next GM? 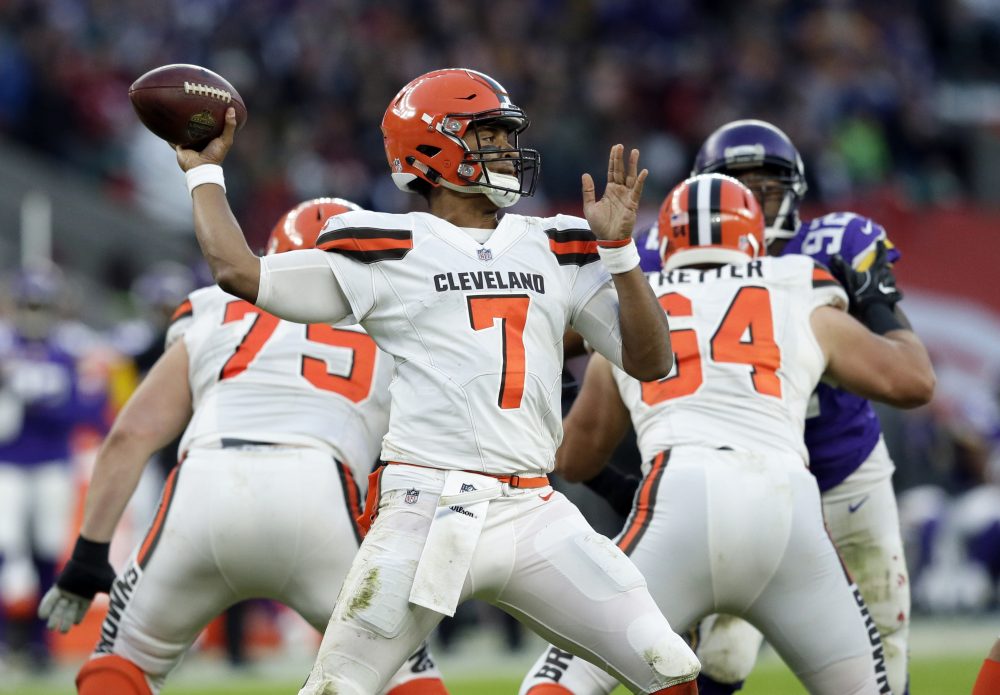 Q: Do you think DeShone Kizer improves, or do we end up taking a QB in the early rounds this year?

A: I’m not necessarily a proponent of this, but I think it could be both.

I may be in the minority on this, but I still believe Kizer can develop into a legitimate starting quarterback. He’s tall, stout, athletic and has a strong arm. He’s also smart and dedicated. But he hasn’t been nearly accurate enough, or careful enough with the ball. I do think he’ll be much improved over the second half of the season, especially in the last month when he has receivers Josh Gordon and Corey Coleman as targets.

But my opinion doesn’t matter, and Kizer’s shortcomings — his stats are awful — will probably lead whoever’s making the roster decisions in the offseason to draft a quarterback early.

Q: How can it be that, especially at a time when the NFL is a pass-happy enterprise, this regime has again left this team so bereft of playmakers as passing-game elements? Virtually every other positional unit seems at least adequate, yet QB, WR and TE (if only insofar as a multidimensional piece is concerned) constitute horrendous populations, particularly for an organization supposedly intent upon winning and actually constructing something sustainable.
— Mark Leonard

A: I wish I had answer for you. It’s certainly mind-boggling and will likely lead to the demise of the front office.

Of all the problems, you’ve nailed the biggest. It starts with giving away the chance to draft Carson Wentz and then Deshaun Watson. The treatment of the receiver position only compounded those mistakes.

Brown recognized predecessor Ray Farmer’s failure to address receiver and sought to remedy it by drafting four in 2016. The problem is, none has panned out. And to make it worse, head of football operations Sashi Brown’s only other meaningful addition was free agent bust Kenny Britt. The Browns would be much better off if they had kept Terrelle Pryor and Taylor Gabriel.

Q: When is owner Jimmy Haslam going to own up to the fact that he made a big mistake hiring Sashi Brown as head of football operations? I don’t believe Sashi even knew what a football looked like. He has really made a mess of our Browns.

A: The final eight games could change things, but if the team’s fortunes don’t improve drastically, I think you’ll get your wish at the end of the season. The pivotal decision for Haslam will be if he can afford to let Brown and chief strategy officer Paul DePodesta make the draft picks again, especially with five in the first two rounds in April. After far too few impact players from the 24 selections of the last two years — and no sure-fire franchise quarterback — I expect Haslam to make a big change.

Q: I reiterate asking your nominees for the new front office overseer with proven, bona fide experience constructing an NFL playoff roster? Mine are John Dorsey and Scot McCloughan.

A: I’m intrigued by your pair, but my list starts with Nick Caserio and Rick Spielman. Actually, my No. 1 pick would be Tony Dungy, but he told Dan Patrick recently his wife wouldn’t move to Cleveland.