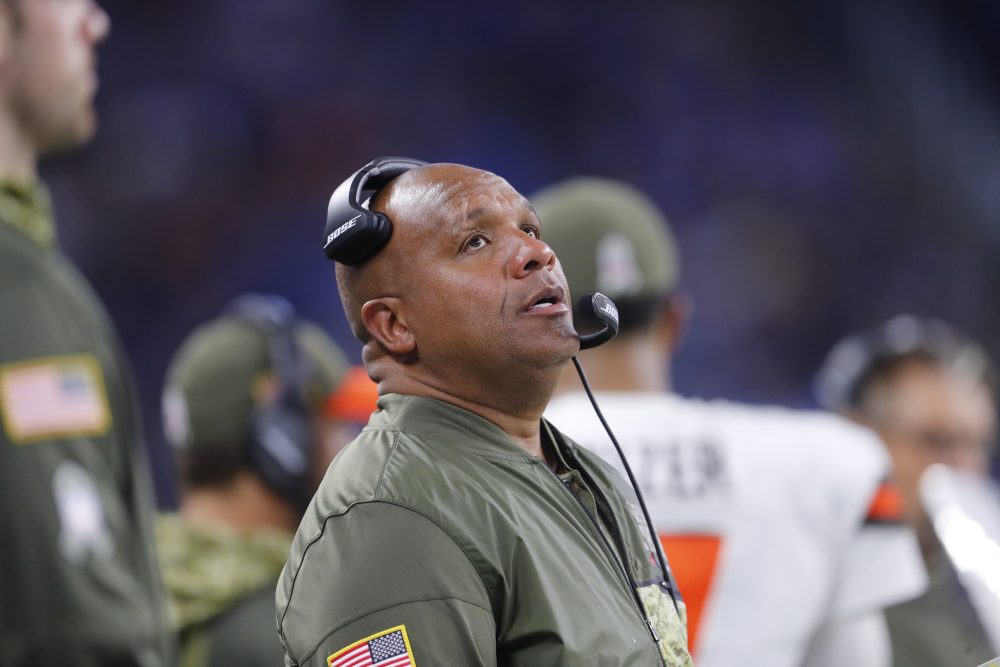 Q: Do you think it could be adequate, sufficient, workable to simply hire above the current front office authentic, proven, established football guys to head our operation? Or must wholesale adjustments be made — as it so evidently seems to me and most attentive observers?

A: I believe that’s exactly what owners Jimmy and Dee Haslam are weighing and will continue to weigh over the final seven games.

The Haslams don’t want to “blow up” the organization again, and adding a football guy or two at the top of the food chain would allow him to avoid that. However, the new guy/guys would have to accept the current structure and personnel, which seems unlikely.

Assuming the Browns don’t win at least three games over the final seven, I feel it would be really difficult for the Haslams to do anything but make significant changes at the highest levels of the football department.

Q:
Should Hue Jackson be retained? What about the front office? Will the Browns finally find their QB in the 2018 draft or do they have faith in DeShone Kizer as the franchise QB?

A: I know Browns Town is divided on whom deserves the bigger share of the blame, but I think Jackson has done a better job in his role than the front office in its role. That isn’t to say Jackson has been without fault. He continually struggles in game and clock management, and his game plans early in the season put too much pressure on Kizer. I also completely disagree with the benching of Kizer throughout the first half of the season.

But I believe the front office put him at a distinct disadvantage by sticking him with a roster too young and too talent-deficient to win. Talent evaluation is more important than coaching, in my opinion.

Q: Why do the media claim that the front office has done nothing to help the rookie QB despite having invested a second-round pick at running back, a first-rounder at receiver and tight end and bringing in good free agents on the offensive line?

A: Nothing would be an overstatement. Not enough is accurate.

The Sashi Brown regime inherited running backs Isaiah Crowell and Duke Johnson. It invested four draft picks and $10.5 million guaranteed in free agent Kenny Britt at receiver, but none has had the desired impact. I’ll give you the improvement in the offensive line, but only after Brown allowed right tackle Mitchell Schwartz and center Alex Mack to leave in free agency in 2016.

I believe the front office understands the need to support the rookie quarterback. I just don’t think it handled it correctly and gave him the proper players.

Mailbag: Is a QB coming at the top of the draft? Why have they ignored WR? The next GM?
Mailbag: Deep defense; best BBQ; Peyton hopes; why ask why?