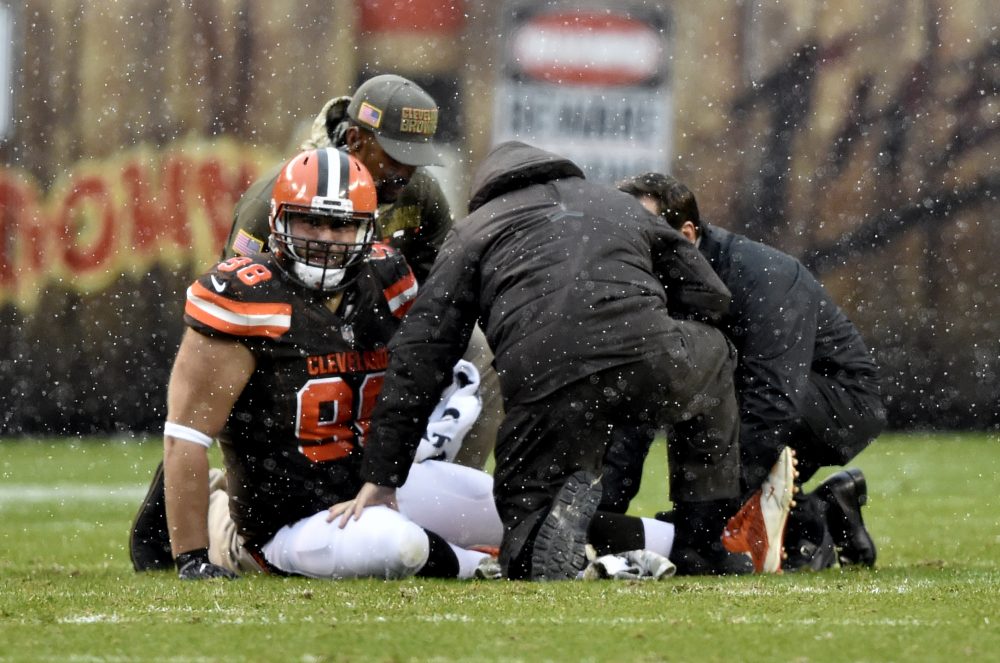 Defensive end Emmanuel Ogbah (broken foot) and defensive tackle Jamie Meder (high ankle sprain) were placed on injured reserve Tuesday. They were hurt Sunday in the first half of the loss to the Jaguars.

Currie (6-foot-2, 212 pounds) spent training camp with the Browns and played well before injuring an ankle in the second preseason game against the Giants. He was waived in August with an injury designation.

He becomes the only true free safety on the roster and could allow coordinator Gregg Williams to use rookie Jabrill Peppers closer to the line of scrimmage. Peppers has played free safety all season.

Holmes played in 11 games with the Browns last year and one this year.

Meder, a Parma Heights native, played in all 10 games with one start, totaling 13 tackles. He was injured when defensive end Carl Nassib was blocked and rolled into Meder’s left leg.

Defensive back Jacob Hagen was signed to the practice squad.

Hue Jackson changes course mid-news conference, refuses to judge or talk about rebuilding plan
Hue Jackson was done with Josh Gordon last year but believes Gordon has changed, thrilled to have him back on field