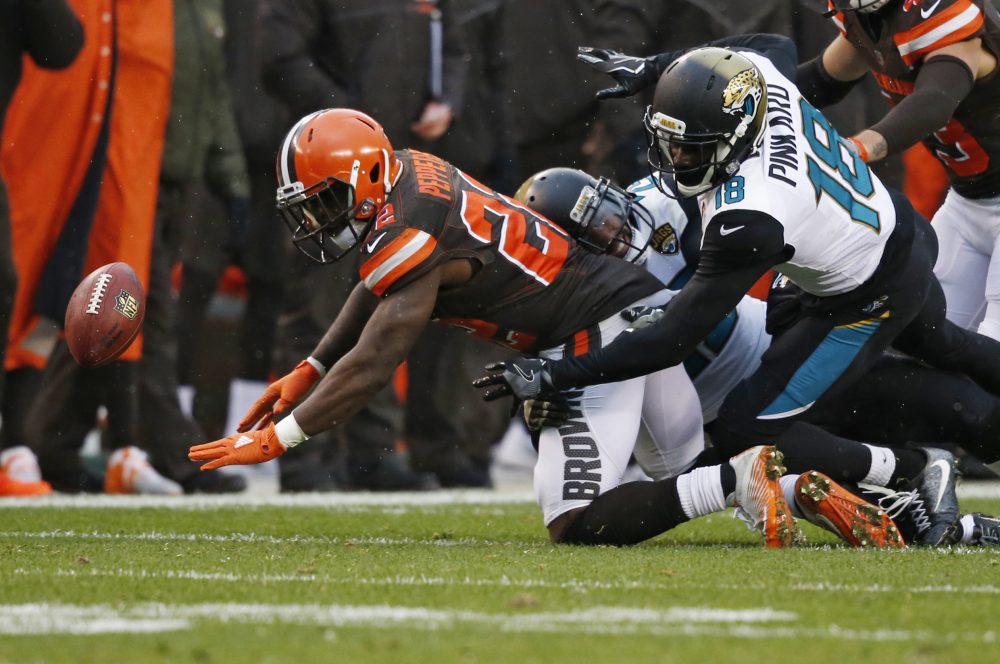 A: I think you’re onto something. Williams has repeatedly said his focus is preventing the big play after the Browns were awful in that area last year. Jason McCourty has played really well at corner in his first year with the team, but Jamar Taylor has been up and down and can’t be counted on not to give up the long ball. By playing Peppers so deep, the quarterback shifts his focus to attacking the midlevel of the defense.

As for Rosen or Darnold, I haven’t watched enough. The UCLA-USC game is waiting to be watched on my DVR.


Q: When do we fire the front office?

A: I don’t believe owners Jimmy and Dee Haslam have made the final decision about what they’re going to do with head of football operations Sashi Brown and Co. However, unless a miracle happens over the final six games — three wins might qualify — I expect the organizational changes to start the day of the finale or the next day.

Q: Is Montgomery Inn the best BBQ in Ohio?

A: I don’t feel I’m qualified enough to answer this, but I appreciate the topic and will offer my 2 cents.

I have eaten at Montgomery and loved it and now regret not eating there Saturday night. I’ve also really enjoyed City Barbeque. And closer to home, Bubba’s-Q is worth the visit.

Finally, in honor of Joe Thomas, who’s standing on the field in a spiffy hat and sport jacket, I must include Mission BBQ.

I should note I have not yet eaten at Michael Symon’s Mabel’s BBQ.

Of course, I’m open to other suggestions. A big fan of pulled pork.

Q: How serious are Browns about pursuing Peyton Manning? And in what capacity?

A: I think the Haslams would love to hire Manning for whatever role he’d want, preferably president to oversee the entire football operation. In addition to being one of the all-time great quarterbacks, he’s smart, dedicated, been around the game his whole life and a winner.

But don’t get your hopes up. Manning doesn’t seem ready to enter the next chapter of his life. And when he does he’ll have options — Indianapolis, Tennessee, Denver and New Orleans are possibilities — so I think the chances of him joining the Browns are slim at best.

A: Great question. But a little too existential for the morning after a few Christmas Ales.

Mailbag: Restructuring the front office? Hue or Sashi? Drafting a QB? Supporting Kizer?
Mailbag: Who should be playing free safety? Biggest positions of need? Will Josh Gordon’s criminal past haunt him?