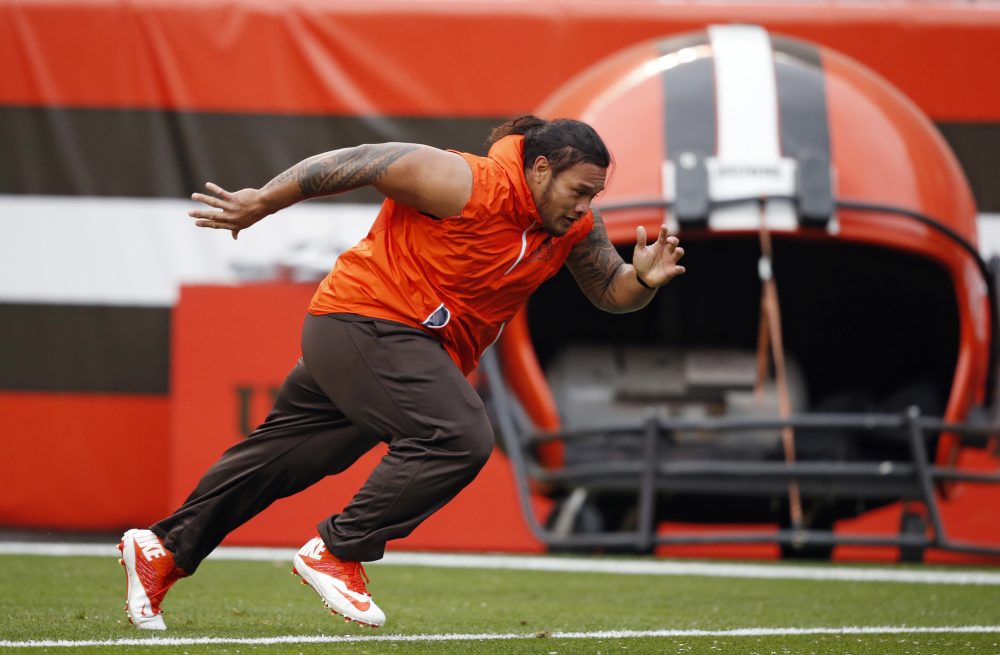 CLEVELAND — The Browns defense was already short-handed, with outside linebacker Jamie Collins and end Emmanuel Ogbah on injured reserve.

It took a few more hits with the release of the inactives.

Rookie third-round pick Larry Ogunjobi is expected to start in place of Shelton, and undrafted rookie Kai Nacua for Peppers.

Quarterback Cody Kessler was a healthy scratch, and Kevin Hogan regained his role of backup to rookie DeShone Kizer. Kessler had been the No. 2 for the previous six games.

Hogan was a fifth-round pick of the Chiefs in 2016, when John Dorsey was their general manager. He was hired by the Browns for the same role Thursday after head of football operations Sashi Brown was fired.

Tight end Seth DeValve (hip) is active after being listed as questionable.

For the Packers, outside linebacker Nick Perry (foot/shoulder) is inactive. He leads the team with seven sacks.

Starting cornerback Davon House (shoulder) is active after not practicing all week and being listed as doubtful.