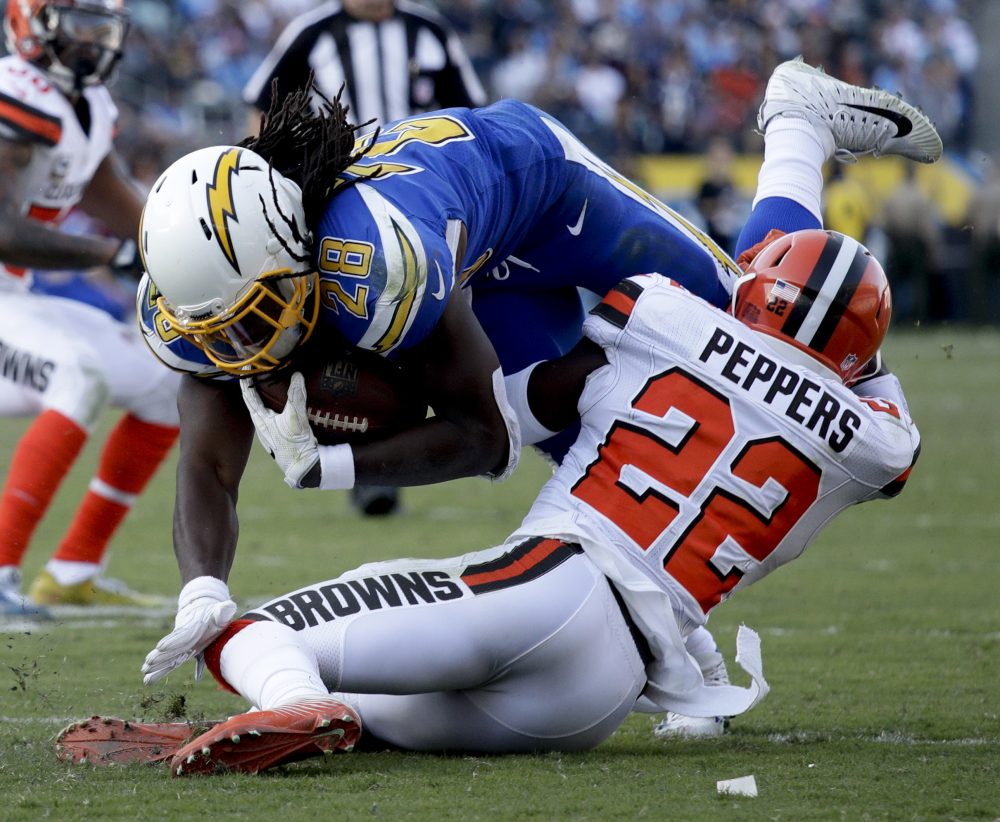 Jabrill Peppers’ rookie season has been littered with pitfalls and unmet expectations.

“Just one thing after the next, but I’m no stranger to adversity,” Peppers said Wednesday. “So I’m not going to rush God’s plans. It’s a marathon, not a sprint. He’s teaching me something right now … still trying to catch on.”

The latest setback for Peppers, the No. 25 pick, was a minor knee injury that knocked him out of the Chargers game Dec. 3 and kept him out Sunday against the Green Bay Packers. He missed two games in October with a toe injury.

Rather than shut it down, he returned to practice Wednesday in a limited capacity and expects to play Sunday in the home finale against the Baltimore Ravens. He hopes to finish the season with three strong performances.

“There’s no experience like game experience, so just keep going out there getting better and better, placing those steppingstones to move into next year,” he said. “I always look to stack the little wins.”

Peppers was forced to make the switch to free safety, where coordinator Gregg Williams has him routinely playing 25 yards off the line of scrimmage.

Peppers has 43 tackles but no interceptions, sacks, forced fumbles or fumble recoveries and just two passes defensed. He’s still awaiting word on his appeal of a $24,000 fine for unnecessary roughness for a hit against the Bengals.

“A lot of things ain’t go my way this year. Growing pains, things like that,” he said. “It’s just all part of the process. I don’t really pay attention to outside noise. I know what kind of player I’m going to be once I get it all figured out.

“So I just sit back and just laugh because we have tremendous talent here, and it’s only a matter of time. When we do, it’s just going to be funny to see how the narratives flip. That’s just where my mindset is right now, just keep getting better and better, embracing the grind.”

Peppers said a lifetime of adversity hardened him and enabled him to handle the difficult season. But the shorter college season didn’t prepare him for the physical toll of all the draft preparation, followed by the grind of the NFL offseason, preseason and regular season.

“I guess things are kind of catching up right now,” he said. “You’ve just got to take care of your body. I’m not flinching or tripping or anything. I’ve just got to get healthy and keep learning the ropes, playing your best ball.”

Coach Hue Jackson said he’s seen improvement from a lot of his young players, including Peppers.

“We are playing against some grown men who have been playing with a lot of experience week in and week out,” Jackson said. “These guys are out there competing.

“Jabrill has done a good job. He was frustrated to miss a game with his teammates last week, but he is also excited about this week, having an opportunity to go back out and play with the guys.”

DeShone Kizer thought he had a TD and win, instead it was yet another INT and loss
Myles Garrett not satisfied with his 1st 8 games, won’t be happy until he’s piling up the sacks and turnovers