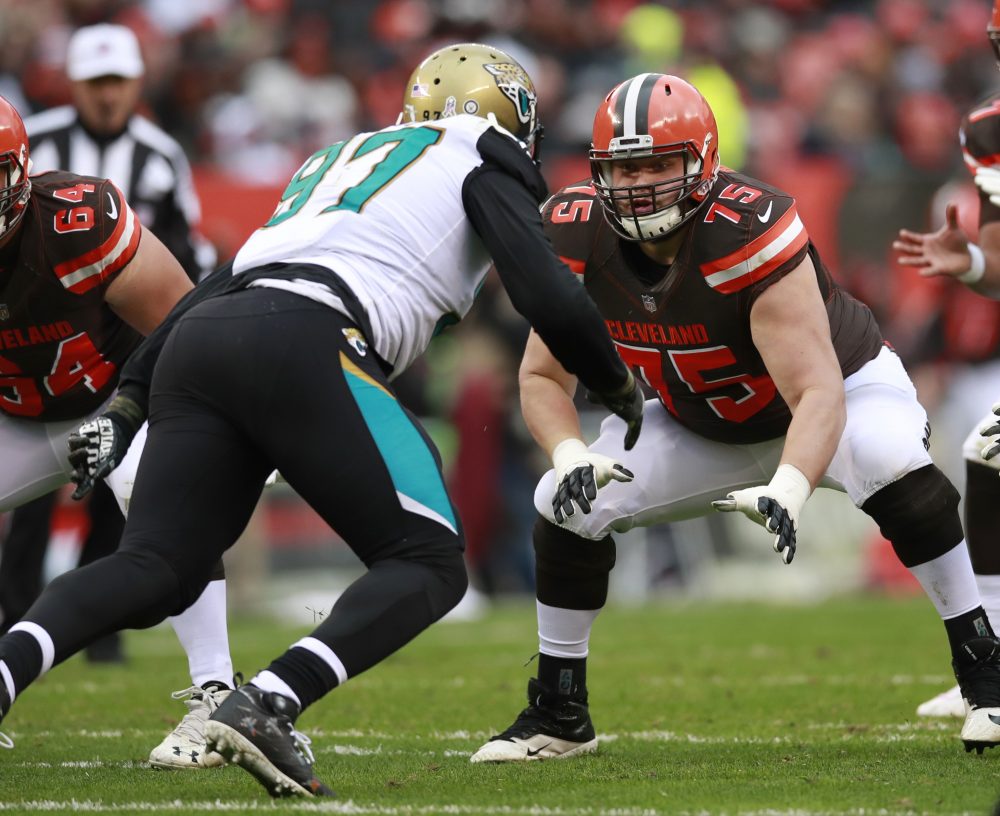 BEREA — Left guard Joel Bitonio kept thinking about last year when he found out Tuesday he had been voted a second alternate for the Pro Bowl. He couldn’t walk following Lisfranc surgery and hadn’t started the long, strenuous rehab.

“Anytime other players, coaches and fans recognize you a little bit, it is pretty cool,” he said Wednesday. “Obviously, I would trade it for some wins right now, but it was cool to see. To come back and to do that, I was pretty pumped about it. Now, I just want to get a win to end the season off.”

The Browns didn’t have a player voted to the AFC Pro Bowl roster, but middle linebacker Joe Schobert is a first alternate and Bitonio a second alternate.

Oakland’s Kelechi Osemele and Pittsburgh’s David DeCastro were voted the starters at guard, and Buffalo’s Richie Incognito the backup.

“I had never had a surgery before or anything like that, and I knew that was a pretty big foot injury,” he said. “It has been a journey this year. I was talking to my wife last night, I’m just thankful I got to play football again and be healthy and be out there with my guys because you never know when something can be taken away.”

Bitonio was a second-round pick in 2014 and had a strong rookie year, but he didn’t finish the next two seasons because of injuries. He had an ankle injury in 2015 that cost him six games.

“He has been outstanding. He’s had a really, really solid year,” coach Hue Jackson said.

Bitonio isn’t a braggart, but when asked said he believes he’s played at a Pro Bowl level. He also gave credit to center JC Tretter and left tackles Joe Thomas and Spencer Drango.

Outside linebacker Christian Kirksey hoped to make his first Pro Bowl in his fourth season but was denied despite ranking fourth in the NFL with 124 tackles. Schobert is tied for first with 127.

“I am just going to keep going hard, keep grinding until I reach my goals, but right now I am trying to win a game,” Kirskey said. “The Pro Bowl will take care of itself as long as I keep chopping at the wood or doing what I have to do personally. For right now, I am just worried about getting a win.”

Jackson said deserving players were overlooked because of the Browns’ 0-14 record.

“Until we start winning will these guys really get recognized for what I truly think they are, because we have some guys that are really good football players,” he said.

Right tackle Shon Coleman’s fine for making contact with a game official Dec. 3 against the Chargers was reduced from $30,387 to $6,000 after an appeal, Coleman said.

Coleman ran toward the sideline after a DeShone Kizer fumble and knocked an official to the ground. He wasn’t penalized during the game.

“They understood it wasn’t deliberate,” Coleman said of the reduction.

Defensive coordinator Gregg Williams held a lively practice competition between defensive backs and linebackers to emphasize tackling. A player from each group went one-on-one in a confined area, with the ball carrier trying to reach the goal line without being stripped or pushed out of the boundary.

After the contest ended in a tie, Schobert and rookie free safety Jabrill Peppers squared off in a tiebreaker. Schobert stopped Peppers, then beat him for a score and the win. He celebrated by dunking left-handed over the goal post.

Kirksey said a key Sunday against the Bears will be sure tackling of running back Jordan Howard.

Jackson said Peppers and Kai Nacua will see time at strong safety after starter Derrick Kindred was placed on injured reserve with a wrist injury. That will allow Peppers to play closer to the line of scrimmage than in his usual free safety spot.

** Linebacker Jeremy Cash was claimed off waivers from the Giants. Linebacker Deon King was cut.

Cash (6-foot, 230 pounds) has appeared in nine games in two years. He started his college career at Ohio State but finished at Duke.

Notes: Hue Jackson thinks DeShone Kizer’s “up to the challenge” of remaining the starter
Notes: Joe Schobert surprised by status as Pro Bowl alternate, hopes to prove he belongs