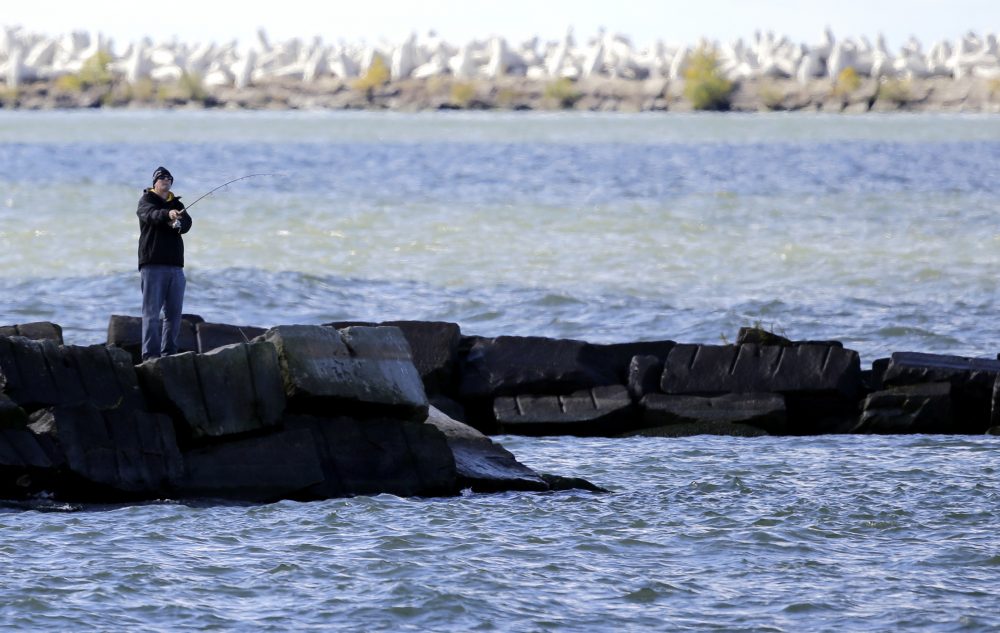 “So how many people are jumping in the lake with me?” he asked Wednesday before his news conference.

The day after last season ended, Jackson was so confident the team would improve he went out on a diving board.

“We are not going 1-15 (again),” he said. “Or I’ll be swimming in the lake over there somewhere. That is not happening. I know me and I know these guys too well.”


The Browns fell to 0-15 after a 20-3 loss to the Chicago Bears on Sunday, guaranteeing there won’t be improvement. They could become just the second team to go 0-16 if they lose Sunday at Pittsburgh.

Jackson is serious about taking the plunge in Lake Erie.

“Heck, yeah. I got to,” he said. “How? You just jump in. When? That’s going to be at my convenience, and hopefully I can get a lot of people to come out. It’d be something that we’re going to make special.

“I don’t like it, don’t like to do it for the reason why I’m having to do it, but I have to make (good) on my word. I just think that’s what you do. I made a statement, I gotta back it up. That’s the type of person I am, so that’s what we have to do.”

Jackson said he’ll use the occasion to raise money for his foundation that combats human trafficking.

Jackson doubled down on his initial guarantee nearly three months later at the owners meetings.

He tried to have fun with his uncomfortable new reality.

“Just fall in, get wet and get out and dry off,” he said. “I never said I could swim. It’ll be some people down there to rescue me pretty quickly. We’ll make it fun.”

USC quarterback Sam Darnold said he’d be good with the winless Browns taking him if he decides to enter the NFL Draft. He’d be a top candidate to be selected No. 1.

“Whenever I come out to go to the NFL, I’d be honored to play for any team,” he told reporters in Texas in advance of the Cotton Bowl against Ohio State on Friday. “Any team that would give me that opportunity to be part of their organization, it would mean the world to me.”

Darnold’s sentiment contrasts with that of UCLA quarterback Josh Rosen, who would also be in the running to be the top pick if he enters the draft. ESPN’s Adam Schefter reported Sunday that Rosen could be hesitant to leave school if he knew the Browns would pick him and would prefer to play for the Giants.

“I just think it is too early to comment on something that a college player has said who has not even declared what he is doing,” Jackson said. “Sure, that will be talked about as we move forward.”

Darnold was also asked about joining a franchise that appears hopeless.

“For an organization to put their trust in me to be able to go out there and play football for them, I think any opportunity to play for anyone would be amazing and something I always dreamed of,” he said.

Running back Duke Johnson, the only reliable playmaker in this winless season, was voted Player of the Year by the local chapter of the Pro Football Writers of America.

Johnson leads the Browns with 68 catches, 618 receiving yards and six touchdowns — three rushing and three receiving. He has 328 rushing yards.

Johnson’s 68 catches are the most by a Browns running back in a season, and he joined Herschel Walker (1986-88) as the only NFL running backs with 500 receiving yards in each of their ﬁrst three seasons.

“It is great. I appreciate it, especially from the outside looking in to have my performance be recognized,” said Johnson, who is third among league backs with 6.6 yards per touch on offense. “I still have a lot more to go and still have more to prove.”

Johnson said the losing hasn’t soured him on the Browns.

“The reason being is this is the organization that gave me my shot,” he said. “Drafted in the third round, a lot of teams passed on me, but this team took me. And I want nothing more than to start and finish my career here.”

The “Good Guy Award” is given annually to a player for his cooperation with the media and for the way the player carries himself in the community and with teammates.

Bitonio, who missed the final 11 games of 2016 with a foot injury, has played every offensive snap this season. He is readily available and helpful to reporters.

Steelers coach Mike Tomlin said he hasn’t decided if he’ll play his starters against the Browns.

“That is really undecided and really unimportant, really, at the beginning of the week for us,” he said on a conference call. “More important than anything is that we lay a foundation of our plan and get going in terms of the things we need to do to perform well.

“Some of that stuff can be 11th-hour decision-making. That has kind of always been our mentality regarding that.”

The Steelers have secured the No. 2 seed in the AFC playoffs but could move up to No. 1 with a win over the Browns and a loss by the Patriots, who host the Jets. Outside linebacker Christian Kirksey expects to see Pittsburgh’s best.

“Because they’re trying to get their home-field advantage, so I’m expecting to see their guys come out there,” he said. “But if not, we’ll just play whoever’s out there.”

Kirksey has come away impressed after discussions with new general manager John Dorsey.

“He’s a smart man. He knows a lot of football,” he said. “He’s always making guys think about being better, doing better, everything you do think football. It’s just something that you can tell he has a lot of experience in bringing the right guys in and having that mentality where you need playmakers now.

“That’s the sense and the vibe that I get from him. We have some good discussions and I think he’s the right guy for us here.”

Cornerback Jamar Taylor (foot) didn’t practice, but Jackson hoped he would Thursday. He played against the Bears despite lingering soreness.