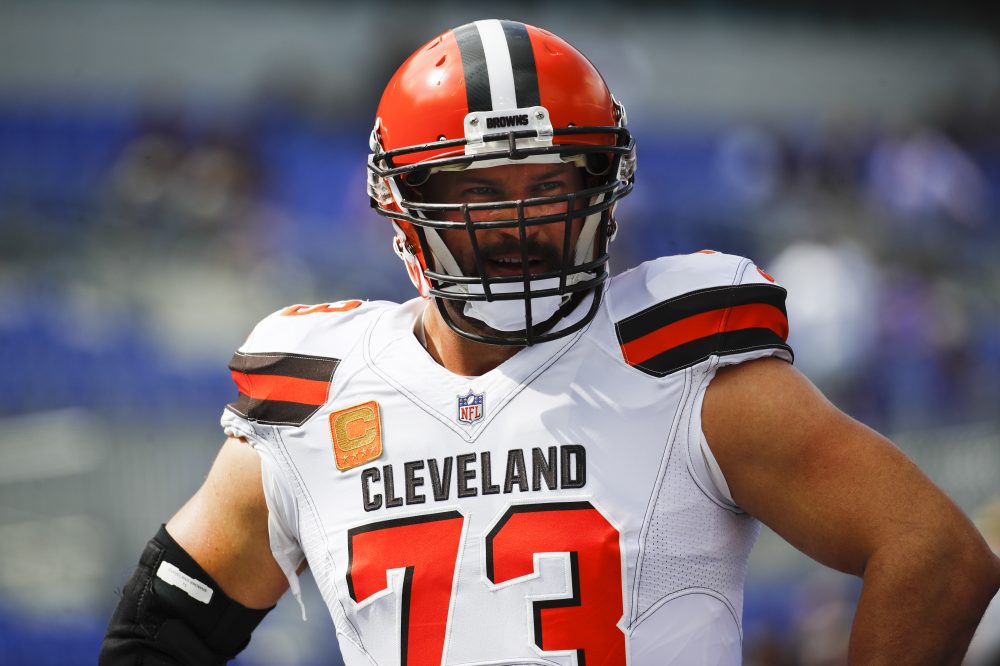 Thomas agrees with owner Jimmy Haslam’s plan to bring back Jackson for a third season and is eager to see what he can do with more talent.

“I am excited for it. I think Hue really has not been given the opportunity yet to prove what kind of coach he is,” Thomas, the injured left tackle, said Thursday. “From a wins and losses standpoint obviously, the plan for a few years here was to try to attain the highest draft picks possible, which is what we have successfully done. Unfortunately, as that is going on, the coaches have a hard time winning any games because of the depth that they are given to play with.

“I think what we have seen in this building from Hue is a man who is an excellent leader, a great teacher, a great coach. I think he is really excited for us to begin a new era where we are spending money in free agency and using our draft picks to select high players, not saving any assets or money for the future. We are going to basically start going all-in like the other 31 NFL teams do every year and give the coaches an opportunity to improve on the win-loss record they have had so far.”

Jackson is 1-30 with the Browns, who are a loss Sunday in Pittsburgh from joining the 2008 Detroit Lions as the only 0-16 teams in NFL history. Thomas has been a fan of Jackson from his days as offensive coordinator in Cincinnati and came to his defense when asked if he had lost the locker room, as speculated in a profootballtalk.com report.

“I would say unequivocally he has not,” Thomas said. “Definitely, top to bottom, every single player has bought in, enthusiastic, energetic and passionate about their job and their preparation.

“When you are 0-15, you are the pincushion in the NFL. Everyone shoots at you. That’s the easy story, but it’s not correct.”

Thomas said the drastic rebuilding plan instituted by former head of football operations Sashi Brown following the 2015 season succeeded in its mission to stockpile assets but failed in a significant way.

“The big oversight was just how painful it is to go through two years of so much losing for the fans, the city, the players, the coaches,” he said.

Thomas believes the team is positioned for a quick turnaround with five draft picks in the first two rounds and an expected $100 million in salary cap space this offseason.

“This team right now is set up for a long run of success starting next year,” he said. “That’s why I think fans and players and coaches should be really excited. Because what we’ve done is we’ve sacrificed two years of pain for a long-term, multiple years of gain starting next year and the following year.”

Thomas, who is on injured reserve with a torn triceps, said Haslam’s decision to keep or fire Jackson won’t influence his decision whether to return for a 12th season. He’s been consistent it will come down to his health, playing ability and love of the game.

He will discuss the decision with his family after the season.

“The reason I haven’t thought about it or tried to make a decision yet is because I think it is not fair to the team to sort of ponder that in season to become a distraction,” Thomas said. “I don’t think it is fair to myself because in the middle of the season you go through a range of emotions, especially when you are on IR. Sometimes you are really happy. Sometimes you are really sad. It is a roller coaster of emotions to be in season on IR watching guys play.”

Jackson wants to see him return.

“This football team needs him,” he said. “He is a leader of this whole group, so we would love to have him back.”

The Browns may catch a huge break in their quest to avoid 0-16.

The Steelers still have a chance to become the No. 1 seed in the AFC playoffs — they need a win over the Browns and a Patriots loss to the Jets — but are considering resting some of their key players.

Right tackle Marcus Gilbert told the Pittsburgh Tribune-Review that quarterback Ben Roethlisberger and running back Le’Veon Bell will join injured receiver Antonio Brown on the sideline. They are the three best players on the Steelers.

Coach Mike Tomlin hasn’t made an announcement, but Roethlisberger and Bell, who aren’t injured, were limited in practice Thursday and Roethlisberger didn’t practice Wednesday.

Landry Jones would replace Roethlisberger, who’s 21-2 as a starter against the Browns. Jones has thrown one pass this season but beat the Browns in Week 17 last year, 27-24 in overtime, when Tomlin rested many of his key players because the Steelers couldn’t improve their playoff seeding.

UCLA quarterback Josh Rosen is reportedly hesitant about joining the Browns, who have the No. 1 pick in the draft. Thomas believes Rosen will change his opinion.

“When it comes down to it, he’s going to want to get drafted as high as he can, and I think he’s going to realize once he studies this organization and where we are, that this actually could be really the right place for a young quarterback,” Thomas said. “Sometimes it’s easy for a young kid, especially a college player, to think, yeah, I just want to go to the right place and to be concerned about coming here before you know anything about the history of this organization or the direction that we’re headed.”

Receiver Josh Gordon has 14 catches for 220 yards and a touchdown in four games since returning from suspension, as he’s been unable to develop the necessary chemistry with struggling rookie quarterback DeShone Kizer.

“There is work to be done. That is all I really can say on that topic,” Gordon said. “We just have to continually grow and get better. Unfortunately, it is this late in the season. We have to do something going into the offseason.”

Gordon had two catches for 19 yards Sunday in the loss to the Bears. He dropped a pass on the sideline and didn’t appear in position to catch another.

Jackson said Gordon was sick but is feeling much better.

** The Browns waived cornerback B.W. Webb. They will fill the roster spot Friday or Saturday, and could call up newly acquired fullback Marquez Williams from the practice squad to fill in for Vitale.