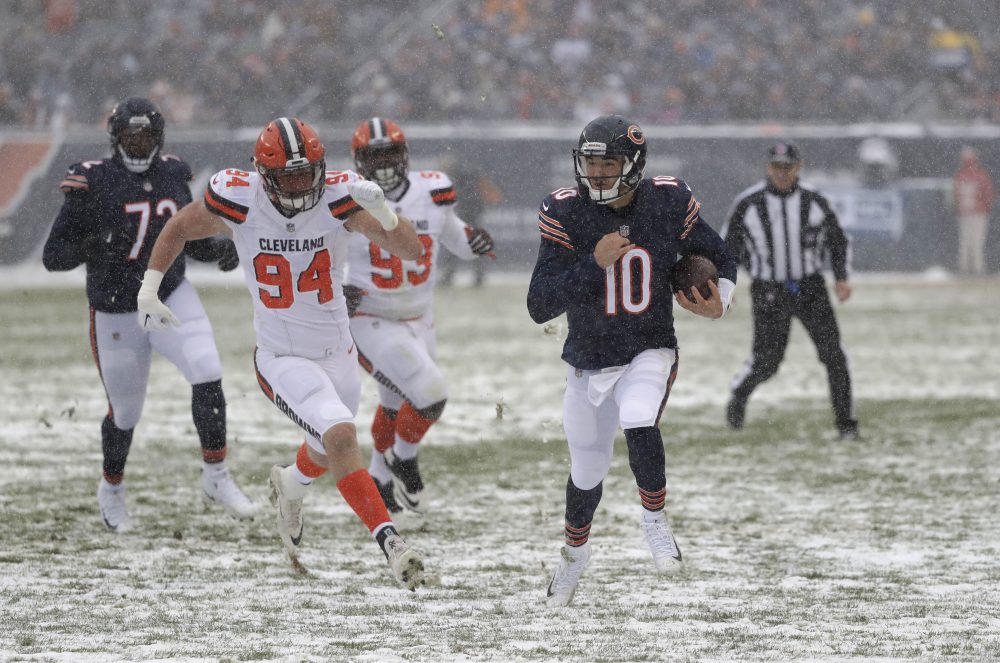 The Browns straddled the line between taking responsibility and passing the blame for the game-changing offsides penalty on defensive end Carl Nassib last week in the 20-3 loss to the Chicago Bears.

“He made an adjustment from an inside stance to an outside stance and barely got in the neutral zone,” defensive coordinator Gregg Williams said Friday. “We were in the neutral zone, but here is another thing about how the league has come — those are warnings. The first one is a warning. They didn’t (warn him).

“We were offside and it took points off the board, and it was magnified to the point where our guys see how detail-conscious you have to be. It was unfortunate, and it is not something that he would ever, ever want to do.”

The Bears led 6-3 to start the second half, and on the first play Nassib was obviously lined up in the neutral zone. Defensive tackle Trevon Coley tipped a Mitchell Trubisky pass, and end Myles Garrett intercepted it and returned it 42 yards for a touchdown that was wiped out by the penalty.

“They nine times out of 10 give you a warning if you’re getting close,” Nassib said. “And I didn’t get one. There was a lot of snow on the field, I couldn’t really see, but that’s my fault. I take responsibility for it.”

He said he was stunned when he saw the flag.

“Yeah, yeah. Disappointed and embarrassed and not going to let it happen again,” Nassib said.

Williams took another shot at the officials, pointing out how the offensive tackles regularly line up too far off the ball yet aren’t penalized.

“The National Football League never, ever, ever calls it,” he said. “I talk and we talk to officials before every game. They nod and go out there and disrespect us by not calling that.

“There was a classic case of, yes, Carl was in the neutral zone and, yes, the offensive tackle was aligned illegally, but that is just what happens. We have to do what we have to do, and we were wrong on that.”

Rookie safety Jabrill Peppers was thrilled after winning his appeal of a $24,309 fine for making contact to the head and neck area of Bengals receiver Josh Malone on Nov. 26.

“They rescinded the fine to zero,” he said. “Merry Christmas.

“They knew it was a bad call.”

Appeals officer Derrick Brooks ruled the play wasn’t worthy of a fine, but the league maintains the play was correctly officiated as unnecessary roughness. The penalty came on a third-down incompletion in which Peppers knocked the ball loose and extended Cincinnati’s clinching touchdown drive.

Cornerbacks Jamar Taylor (foot) and Briean Boddy-Calhoun (knee) were listed as questionable to play Sunday vs. the Steelers, but coach Hue Jackson said he felt “good” about them playing. Boddy-Calhoun, who has missed the last three games, didn’t practice Friday for personal reasons.

Notes: Joe Thomas wants to see Hue Jackson get a chance with more talent, says he “unequivocally” hasn’t lost locker room
Notes: Hue Jackson will consider adding coordinator and giving up calling plays, along with other changes to staff