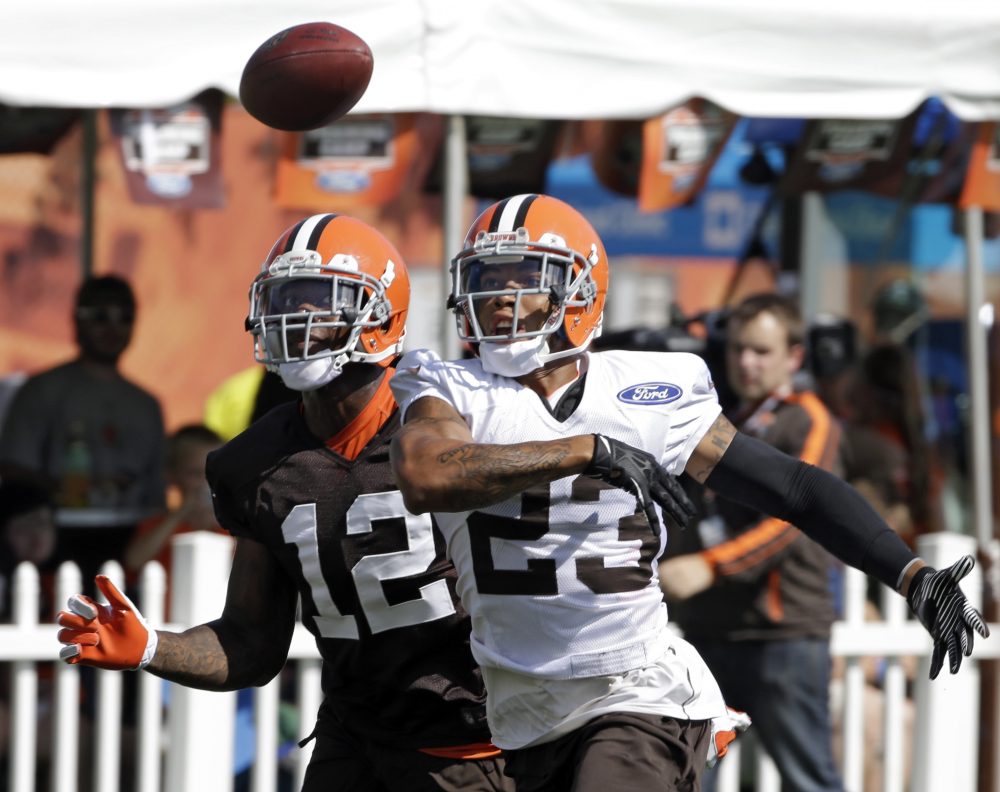 Haden will be among the league leaders in hugs and well-wishes Sunday at Heinz Field. One of each will surely come from Gordon when their matchup’s over.

Haden will head to the postseason for the first time after spending the first seven years of his career in Cleveland. He was as popular as any player on the Browns before he was unceremoniously cut before the season, and his former teammates are thrilled to see him finally get a shot in the playoffs.

“He’s been super-loyal to the city and to this organization and for it to happen to him the way it happened to him, I wish him the best and I’m glad he finally gets an opportunity to  have something come to fruition at this point in his career and he deserves it more than anything,” Gordon said. “I’m glad he’s back healthy so he gets an opportunity to play in the playoffs and really gets to experience that. There’s no feeling like that other than living in that.”

Gordon was perplexed, like many others, when former head of football operations Sashi Brown cut Haden. The move reflected the front office’s focus on the future rather than maximizing the chances to win this season.

“I was definitely confused. I think most of us were on that decision,” Gordon said. “It just didn’t make much sense at the time.”

The Browns were left without a No. 1 cornerback as the Steelers added one. Haden has played and started 10 games, missing five with a broken leg. He returned last week against the Texans, followed Pro Bowl receiver DeAndre Hopkins and looked healthy.

“He’s still Joe,” Gordon said. “More than anything, he’s one of the most athletic, explosive, energetic defensive backs in the league.”

Haden will be at least partially responsible for trying to keep Gordon from ending the season in style. Gordon, who’s 26 yards from 3,000 for his career, has been a disappointment in four games since returning from suspension. He has 14 catches for 220 yards and a touchdown, failing to provide the expected jolt.

The talent remains, and if harnessed could help push the Browns over the hump to their first win. He’s the same guy who set a series record with 237 receiving yards against the Steelers in 2013.

“I am impressed with what he has put on tape, particularly for a guy who has been out that long,” Tomlin said. “We have been in work to minimize his impact on the game, particularly vertically.”

Haden is expected to play, although the Steelers will rest some starters and could be careful with others. If he follows Gordon, he’d likely get safety help.

“I’m curious to see how that plays out,” quarterback DeShone Kizer said. “Obviously, they are in a position where they have a lot of talent on that defense. Whether it be Joe following him around or spinning it off, it is just on me to make sure that when there is an opportunity to get Josh the ball, we put it in his hands.”

Gordon and Haden grew close as teammates, and Gordon said Haden helped make him the player he is.

“Figuring out as a younger player how to develop myself when it came to the practice field, the amount of effort it’s going to take to get open on a Pro Bowl-caliber cornerback,” Gordon said. “He gave me the best look at practice that I’ve ever seen, so it was real beneficial to have him on our team. It was an awesome experience having him.”

When the game and hugs are over, the Browns will start their vacation. Haden won’t.

“I’m just excited this isn’t my last game of the year,” he told reporters in Pittsburgh.