Browns-Steelers Preview: 3 points of interest, 3 numbers to watch, the pick 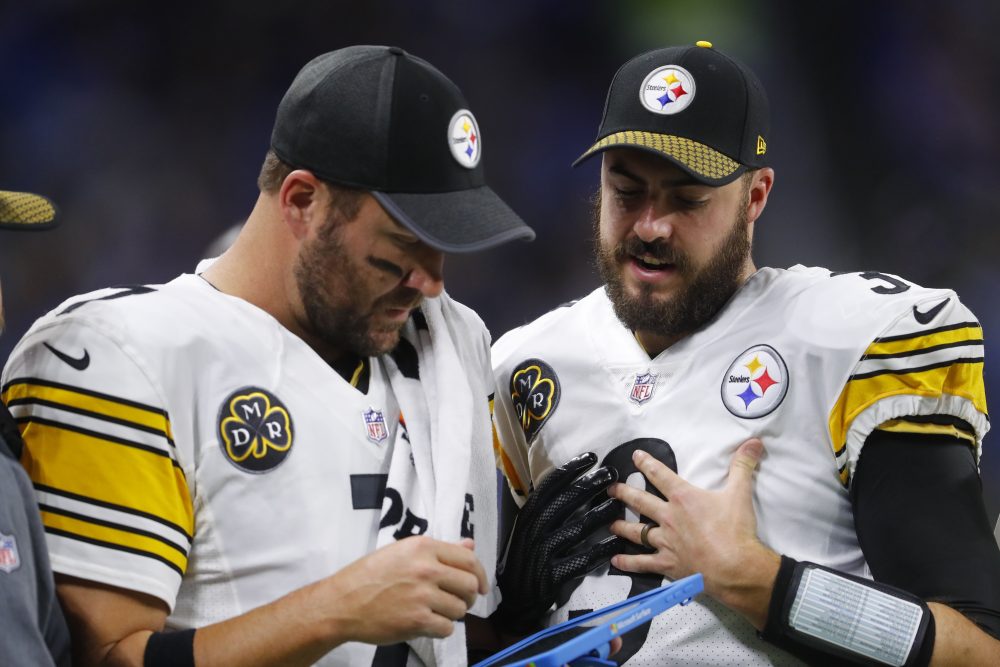 REST FOR THE BEST

At 12-3, the Steelers have wrapped up another AFC North title and a first-round bye in the playoffs. They could secure the No. 1 seed in the AFC with a win over the Browns and a Patriots loss or tie at home against the Jets, but seem content to rest their stars.

Quarterback Ben Roethlisberger and running back Le’Veon Bell, a pair of Pro Bowlers, didn’t practice much during the week, signaling they’ll sit. They could be joined on the sideline by center Maurkice Pouncey, defensive end Cameron Heyward and others.

Landry Jones would get the start at quarterback, and Stevan Ridley and Fitzgerald Toussaint would fill in at running back, giving the Browns a realistic chance at their first win of the season in their final attempt. The oddsmakers agree, as the point spread has dropped from 14 to seven in favor of the Steelers.

“I haven’t really looked at it that way as in, ‘Maybe we’ll have a chance now,’” rookie defensive end Myles Garrett said. “We have a chance every time we step on the field. We just have to execute all the way down the stretch.”

His mindset is admirable, but the fact is Cleveland’s chances are slim-to-none with Roethlisberger in the lineup. He’s 21-2 as a starter vs. the Browns with 37 touchdowns, 18 interceptions and a 95.8 rating. He’s an all-time great and having another huge year, ranking first in the NFL in pass attempts (561), third in completions (360), second in yards (4,251) and tied for fourth in touchdowns (28).

Bell is third in the NFL with 1,291 rushing yards and broke his Steelers season record for running backs with 85 catches.

Jones has thrown one pass this year, an incompletion, and is 2-2 in his career as a starter. He beat the Browns in the finale last year when the starters rested, going 24-for-37 for 277 yards, three touchdowns, an interception and a 103.1 rating.

A lifetime has seemingly passed since rookie quarterback DeShone Kizer prepared to start the opener against the Steelers.

“Feels forever ago,” he said. “At the time, I was on Cloud 9 kind of riding the wave of being named the starting quarterback in my first game ever in the league. Now, there have been so many ups and downs that that time is so far behind us that it doesn’t make any sense.”

The Browns lost 21-18 on Sept. 10 at FirstEnergy Stadium, and Kizer showed plenty of promise. He was 20-for-30 for 222 yards, a touchdown, an interception and a rushing touchdown. It’s mostly been downhill since, as he’s 0-14 as the starter and last in the league with a 53.6 completion percentage, 21 interceptions and a 58.0 rating.

He wishes the season weren’t ending Sunday in Pittsburgh.

“I want as many opportunities as I can to go win,” he said.

Despite being benched three times, Kizer said coach Hue Jackson has made him a better player.

“There have been so many things that I have learned from protections to mechanics to understanding how to be a leader to all of the different things that go into the quarterback position,” he said. “He has been kind of my mentor throughout this year. With that, he has turned me from the immature college player I was last year to what I believe to be a professional.”

One area of obvious improvement has been in avoiding sacks. The Steelers got him seven times in the opener, and he’s taken 25 in 13 starts since. Pittsburgh will test him again, as they rank second in the league with 50 sacks.

Pro Bowl inside linebacker Ryan Shazier leads the Steelers with 89 tackles despite missing the last three games after suffering a serious spinal injury against the Bengals. He remains in a wheelchair and in the heart of Browns running back Duke Johnson, who changed his touchdown celebration to an end zone prayer for Shazier and will again wear Shazier’s name and No. 50 on his eye black.

“That’s something I do for myself and do for him and his family,” Johnson said.

The thoughtfulness has been appreciated by the Steelers, but Johnson won’t take it easy on Sean Spence, Shazier’s replacement. Shazier is one of the quickest linebackers in the league, and his absence should open things for Johnson, who’s been the Browns’ most consistent playmaker this season.

“They miss his playmaking ability and the turnover factor,” run game coordinator Kirby Wilson said of Shazier. “He was a large presence in terms of creating fumbles, interceptions and sacks. He never came off the field, so they miss that element.”

Johnson leads the team with 68 catches – the most for a Browns running back in a season — for 618 yards and has added 328 rushing yards. His six touchdowns lead the team.

He’s in a different role than in Week 1, when he was used exclusively as a slot receiver, catching two passes for 20 yards. He returned to the backfield in Week 2 and has been a force since.

Turnovers committed by the Browns in the red zone this season

AFC North titles for the Steelers since division realignment in 2002

Division titles for the Browns since 1990

The Browns have a chance if the Steelers sit their stars and none if they don’t. Either way, I’m picking 0-16. Steelers 20, Browns 16.

Commentary: Like it or not, UCLA’s Josh Rosen might just be the QB the Browns need
Browns-Steelers Marquee Matchup: Cleveland WR Josh Gordon vs. Pittsburgh CB Joe Haden