Mailbag: What if Kirk Cousins comes? Free agent needs? How high is too high for Saquon Barkley? 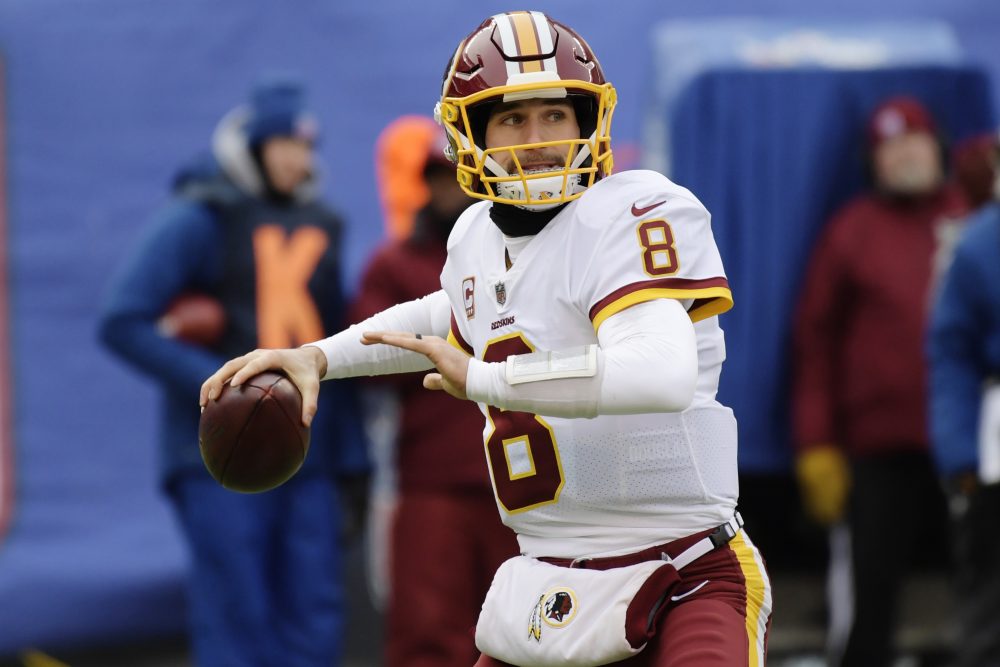 Q: If the Browns were somehow able to sign Kirk Cousins before the draft, would they still take a QB in the first round?

A: I don’t think so. I don’t see how you could pay Cousins about $26 million a year for four or five seasons then use the No. 1 pick on the same position. Especially when the plan would be to start Cousins for the foreseeable future.

Drafting a rookie quarterback later in the draft would be fine, but not in the first round. The Browns could draft game-changers at Nos. 1 and 4 to address two other positional needs.


Q: If the Browns sign Kirk Cousins in the offseason, what do the Browns do at Nos. 1 and 4 in the draft?

A: I know there will be a lot of talk about Penn State running back Saquon Barkley, but I don’t like taking a running back that high. I’d focus on cornerback, safety and receiver (I haven’t done enough research yet to pick the players). Left tackle moves to the top of the list if Joe Thomas retires.

Q: Which position do you feel the Browns will be most aggressive in filling through free agency? I have been hearing free safety?

A: Free safety should be on the list. Jabrill Peppers is more effective at strong safety, and there’s no true free safety on the roster. Cornerback, pass rusher, receiver and tight end also make the list.

Q: Is it true we interviewed Brock Olivo for special teams coach? And what’s the chances he’s hired? Why wasn’t Sean Ryan hired as OC?

A: I haven’t verified it but believe the report out of Denver regarding Olivo. General manager John Dorsey knew Olivo from their time with the Chiefs, but he’d be new to coach Hue Jackson, who picks his staff. Olivo doesn’t have much experience and was fired after a year with the Broncos.

As for Ryan, he wants to call plays and I’m not convinced Jackson is willing to relinquish that role, especially to someone he’s never worked with.

Q: Why is it that every time there’s a decision/announcement from the John Dorsey side it feels like everything is moving in the right direction? However, when there is a decision/announcement from Hue Jackson it feels like the fans are being swindled into a false hope. It’s as if Hue won’t take any of the blame, but will want all the credit when things change for the better. Hire an OC! I’ll ride or die with the Browns, but he sure makes it difficult.

A: First of all, your reactions are natural. Dorsey is a fresh face and Jackson is 1-31.

Secondly, Dorsey’s hires of Eliot Wolf and Alonzo Highsmith have received praise throughout the league, while Jackson has done more firing than hiring.

As for hiring an offensive coordinator, Jackson was still evaluating Friday whether to hire one at all.

Q: Will Browns address wide receiver in the draft or free agency?

A: The answer should be both.

They need a veteran to pair with Josh Gordon and the youngsters. And they need new youngsters. Ricardo Louis and Rashard Higgins are just guys, and I wouldn’t be shocked if GM John Dorsey tries to trade former first-round pick Corey Coleman after he’s been hurt and underperformed in two seasons.

Q: Saquon Barkley will be gone before No. 4. Browns should pick Barkley at No. 1. Let the New York Giants pick Josh Rosen and then swap picks with Indianapolis at No. 3 to take Sam Darnold or whoever they want.

A: Barkley would have to be Jim Brown to be worth the No. 1 pick in the draft, and he doesn’t look like Brown to me. Also a running back at No. 1 doesn’t make sense to me when the team has a desperate need for a quarterback.

My other issue with your scenario is there’s no guarantee the Giants won’t take the quarterback the Browns want, or the Colts won’t trade the pick to another team that wants a quarterback.

Q: The real question is when will the Haslam finally be convinced that Hue Jackson has got to go?

Q: Do you think Hue Jackson’s reluctance to hire an OC is an attempt to keep himself from being fired midseason?

A: No. I think it’s more about turning over control of the offense. He’s built his career on offense and seems reluctant to trust someone else.

Also defensive coordinator Gregg Williams would be an obvious choice as interim coach if the Haslams wanted to make a move during next season.

Q: Do you think the front office is set or will there be more moves?

A: The big moves have been made. I’m sure there will be other tweaks, but any noteworthy movement will probably come after the draft.

Q: Might Al Saunders essentially become Hue’s “bench coach,” dealing with in-game details such as clock management, use of timeouts, when and whether to challenge, details which seem too much for Jackson on a regular basis? It certainly is surprising and maybe enlightening to witness the seeming need to replace him in the WR room for someone who might extract better from Corey Coleman and the others.
— Mark Leonard

A: I think that’s a very good possibility. Jackson trusts Saunders, who’s been a head coach and coordinator. Saunders works as hard as anyone I’ve seen in practice, but the results weren’t there at receiver.

Mailbag: Is Alex Smith the target and how much will it take to get him? Parade backlash? What’s up at OC?
Mailbag: Why the slow OC search? OK for Myles Garrett to play hoops? Trading down in the draft?