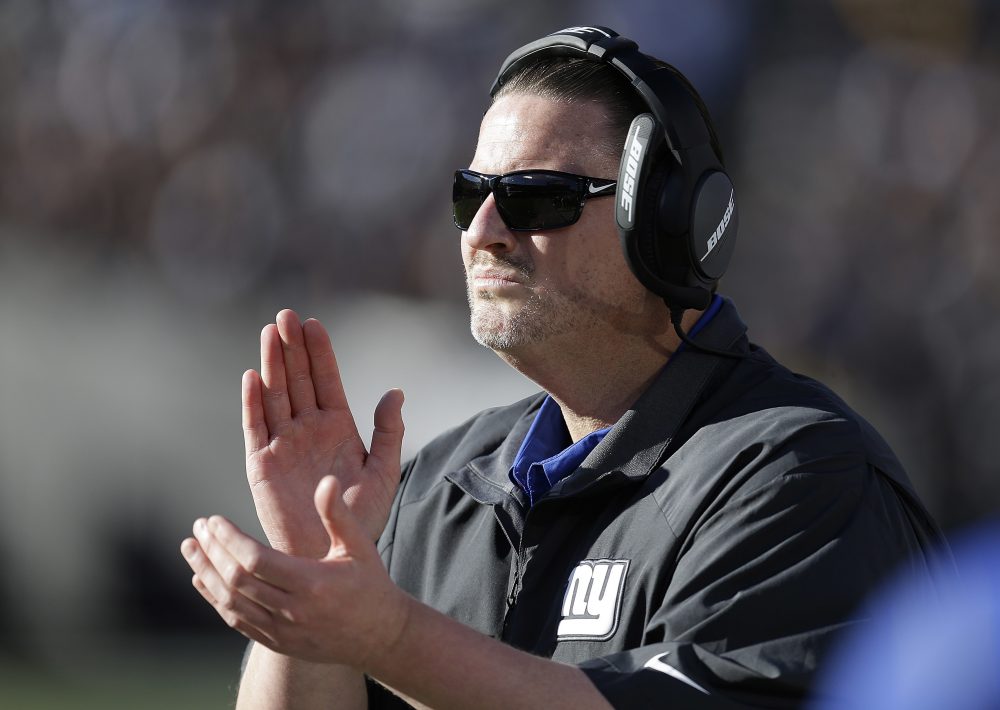 Fired New York Giants coach Ben McAdoo could land on his feet with the Browns.

McAdoo interviewed for the job Tuesday, The Chronicle-Telegram confirmed.

McAdoo went 11-5 in his first year as coach of the Giants in 2016, leading them to the playoffs. But he was fired this season after a 2-10 start and the controversial benching of longtime quarterback Eli Manning.

McAdoo, 40, was coordinator of the Giants for two years before replacing Tom Coughlin as coach. The New York offense peaked under McAdoo in 2015, ranking sixth in scoring (26.2 points per game) and eighth in yards (330.7).

Jackson’s search for an offensive coordinator has expanded as he tries to regroup from the 0-16 season.

Jackson made changes to his staff last week, including firing run game coordinator Kirby Wilson, but was still evaluating whether to hire a coordinator. Adam Henry was hired as receivers coach after spending the last two seasons with the Giants in the same role under McAdoo.

ESPN.com reported Monday the Browns were in discussions with Mike Mularkey, who was fired as coach of the Tennessee Titans earlier in the day.

He’s also been a head coach with the Buffalo Bills and Jacksonville Jaguars and coordinator with the Pittsburgh Steelers, Miami Dolphins and Atlanta Falcons.

Whether Jackson relinquishes play-calling duties will depend on his choice for coordinator. McAdoo and Mularkey have experience calling plays.

Houston Texans quarterbacks coach Sean Ryan also interviewed for the job. He’s never called plays and wants the opportunity, but Jackson seems reluctant to give the responsibility to a first-timer.

The winless Browns have a Pro Bowler.

Schobert, a fourth-round pick in 2016, tied for the league lead with 144 tackles. He added three forced fumbles, three sacks, four passes defensed and an interception. He was one of only three players in the league to take every defensive snap for their team.

Schobert is the first Browns linebacker to make the Pro Bowl since Jamir Miller in 2002.

No. 1 pick Myles Garrett fell short of his goal of being Rookie of the Year but wasn’t shut out on the award front.

Garrett, a defensive end out of Texas A&M, was voted to the All-Rookie team by the Pro Football Writers of America. He led the Browns with seven sacks in 11 games, missing the first four with a high right ankle sprain and another with a concussion.

Chiefs running back Kareem Hunt, who went to Willoughby South High School, was voted PFWA’s Rookie of the Year. He led the league with 1,327 yards rushing.