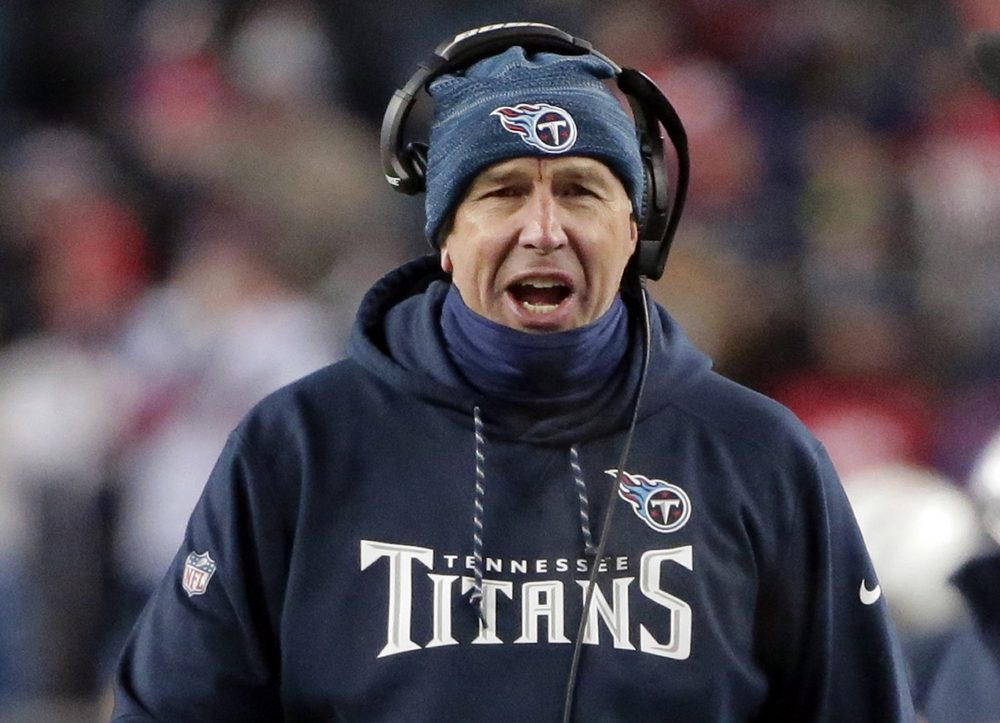 Mike Mularkey was fired as head coach of the Tennessee Titans, two days after they were eliminated from the playoffs by the New England Patriots.

Jackson is considering hiring an offensive coordinator after going without one for his first two years with the Browns and posting a 1-31 record. Jackson’s willingness to give up play-calling duties will depend on his pick for coordinator, if he indeed decides to hire one.


Mularkey took over as Titans coach during the 2015 season and finished the year 2-7. They went 9-7 in each of his two full seasons.

He was also a head coach with the Bills and Jaguars and a coordinator with the Steelers, Dolphins and Falcons. The Titans ranked 23rd overall this year offensively, including 15th rushing, with Terry Robiskie as coordinator. They were third in the NFL in rushing in 2016.

Mularkey was criticized for a perceived lack of development from quarterback Marcus Mariota, the No. 2 pick in 2015. Mariota threw a career-high 15 interceptions this season and had career lows in touchdown passes (13) and rating (79.3).

The Browns are expected to draft a quarterback with the No. 1 pick in April.

** 9News.com in Denver reported former Broncos special teams coordinator Brock Olivo interviewed for the same position with the Browns. Coordinator Chris Tabor was allowed to leave Cleveland for the same job with the Bears.

Olivo was fired after one year with Denver.

Tight end Gavin Escobar, a second-round pick in 2013, was signed to the reserve/futures list.

Escobar (6-foot-5, 250 pounds) was the No. 47 pick of the Cowboys and has appeared in 64 games with seven starts, catching 30 passes for 333 yards and eight touchdowns. He appeared in two games with the Ravens this year.

He has four rescued dogs, provided aid to pets affected by Hurricanes Harvey and Irma and promotes pet adoption.

Notes: Sam Darnold, Josh Rosen declare for NFL Draft, will be options for Browns with No. 1 pick
Notes: Owner Jimmy Haslam picked for committee to focus on social justice