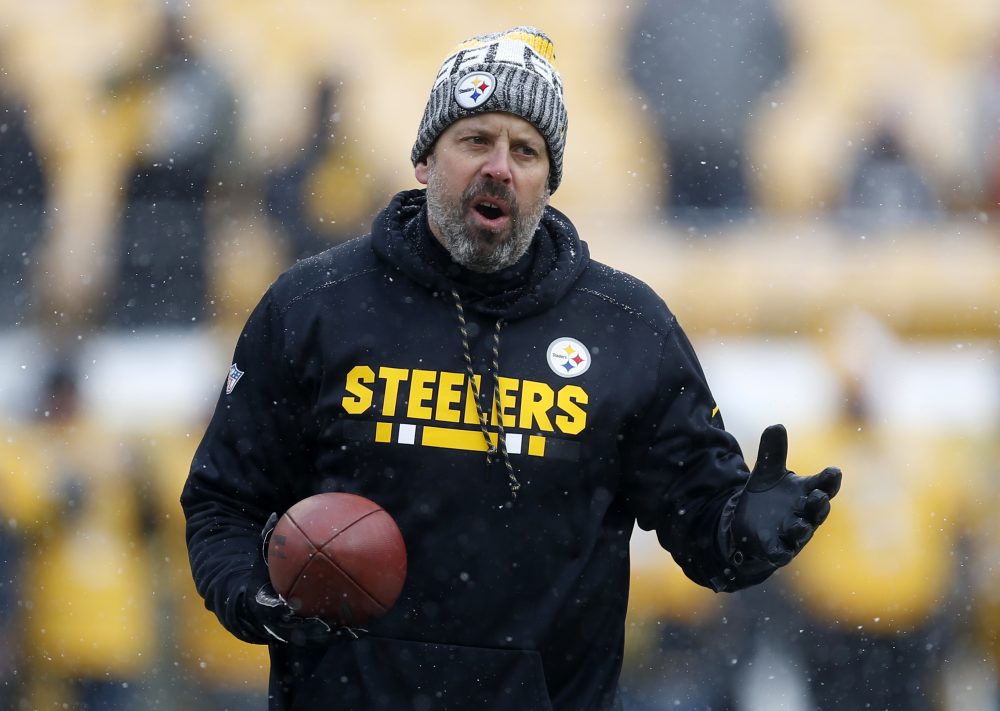 he Browns could turn to a Steelers castoff to help jump-start their lackluster offense.

ESPN reported the Browns were in “serious talks” with Haley, who spent the last six years in Pittsburgh. His contract expired and wasn’t renewed last week after the Steelers were upset 45-42 by the Jaguars in the divisional round of the playoffs.

Coach Hue Jackson didn’t have a coordinator in his first two years and called his own plays as the Browns went 1-31. He’s interviewed multiple candidates but had remained undecided on whether he wanted to hire a coordinator and give up play-calling duties.

Haley, 50, could convince Jackson to bolster his staff and hand over the reins to the offense.

Haley entered the NFL as an assistant in 1997 and became a coordinator with the Cardinals in 2007. He was head coach of the Chiefs for two-plus years from 2009-11, going 19-27, including a playoff loss.

He went to the Steelers as coordinator, and their offense ranked in the top 10 in yardage and scoring each of the last four seasons with perennial Pro Bowlers Ben Roethlisberger at quarterback, Antonio Brown at receiver and Le’Veon Bell at running back.

Haley has a strong personality and butted heads with Roethlisberger. ESPN reported Hall of Fame quarterback Kurt Warner gave Haley a strong endorsement for the Browns job after playing for him with the Cardinals and reaching the Super Bowl.

The Browns ranked 31st (16.5) and 32nd (14.6) in scoring the last two seasons, as they’ve been hurt by subpar play at quarterback and receiver. John Dorsey was hired in December as general manager and has the Nos. 1 and 4 picks in the draft in addition to an expected $100 million in salary cap space.

He’s coached for more than three decades, including time in the NFL with the Cowboys and Cardinals.