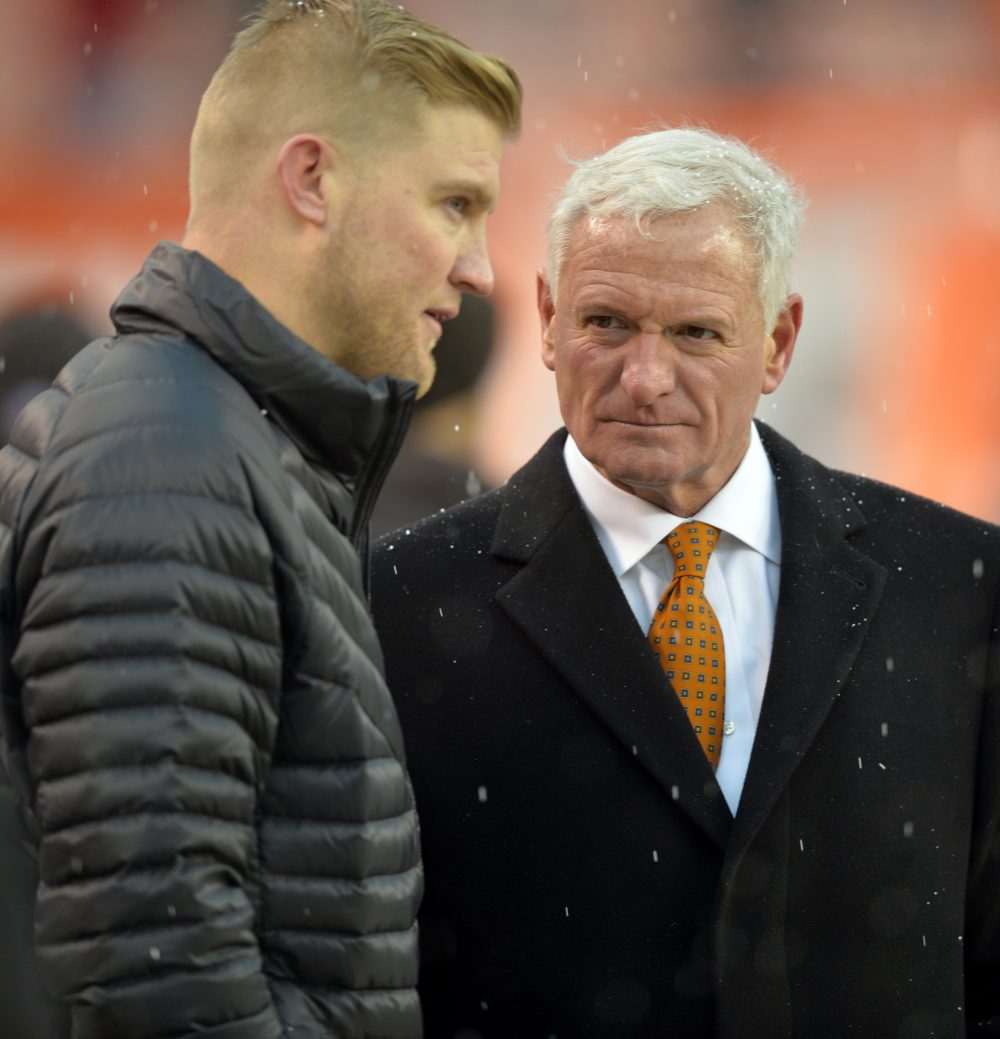 The NFL launched Let’s Listen Together on Tuesday, a joint player and ownership commitment focused on social justice. Browns owner Jimmy Haslam was chosen to serve on the committee.

“Our players have been tremendous and deserve a lot of credit for engaging in very thoughtful and productive dialogue on how to create the most impactful initiatives on these very important issues,” Haslam said in the news release. “Eliminating barriers to opportunity through empathy, action, education, and inclusion is our goal and working alongside our players on this mission has been an honor and very powerful. We are all deeply committed to utilizing the unique platform that we have to create positive change for our country’s future and particularly our nation’s youth.”

The committee met for the first time in December, as it focuses on supporting improvements in education and economic development, community and police relations and the criminal justice system. The committee will work with the league to identify future initiatives and make financial recommendations.

“We are pleased to have developed a new initiative that focuses on creating meaningful solutions to improve our communities,” NFL Commissioner Roger Goodell said. “In developing this plan, we have taken the lead from our players and are honored to join them in this work.”


The program will include digital content highlighting the player-led work on social and racial equality.

“Our country has some real issues when it comes to social and racial equality that must be addressed,” former receiver Anquan Boldin said. “The only way these issues will get solved is to fight together.”

Jets quarterback Josh McCown, who played for the Browns in 2015-16, is also on the committee.

“If we don’t commit resources to education and economic advancement then we’re missing the most important piece to sustainable growth and have no chance of breaking a cycle that continues to leave people marginalized and underserved,” he said.

Haley spent the last six seasons as Steelers coordinator, but his expiring contract wasn’t renewed after they lost in the playoffs.

Browns coach Hue Jackson hasn’t worked with Haley but spent the last seven years in the same division and was impressed enough to give up coordinator duties. Haley is also expected to call plays after Jackson was his own coordinator and play caller for his first two seasons with the Browns, who went 1-31, including 0-16 in 2017.

“I know how much he enjoys the play-calling side of things and he’s done it for a long time and had a lot of success, so I think it would have to be the right guy for him,” Thomas said at the Greater Cleveland Sports Awards. “I don’t want to speak for him, but certainly I don’t think he’s just going to hire somebody and just give him play-calling duties. It would have to be somebody he really trusts and has worked with before and knows that he thinks the same way that he does.”