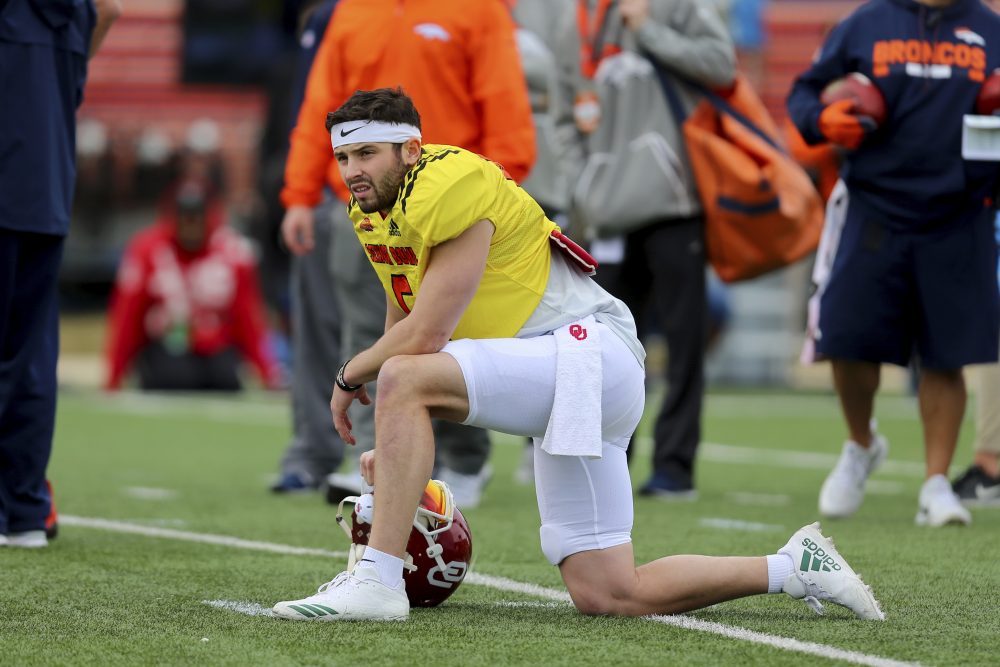 BEREA — New offensive coordinator Todd Haley will accompany general manager John Dorsey and coach Hue Jackson on the trips to scout the top quarterbacks in the draft. Haley knows what he wants.

“And it is a tough position to evaluate. It always has been and there’s evidence of that year in and year out across the league. That’s one of the great challenges and I’m excited about that process.”

One of the selling points for the Browns is that they have the No. 1 pick in the draft — as well as No. 4 — and their choice of quarterbacks. They are expected to take a quarterback higher than No. 22 for the first time since Tim Couch at No. 1 in 1999.

“When you’ve got a couple real high picks like we do, it’s great opportunity,” Haley said. “As my father always said to me, ‘When you’re picking in the top 10, Todd, you better be right most of the time.’ So that will be the challenge for everybody involved.”

Haley’s dad, Dick, was director of player personnel for the Steelers from 1971-91, so Haley takes pride in being a coach who can evaluate talent.

“That’s a big thing for me just because of the house I grew up in,” he said. “I went to college all-star games with him, miss school and go to bowl games, things like that. He’s always been a great resource for me, and I started in that area, on the scouting side of it. It’s something that I, even as a coach, believe in even more than some guys who have had that background.”

McCarron was placed on the non-football injury list as a rookie in 2014 and wasn’t on the roster for enough games for the season to count toward free agency. He’s arguing he shouldn’t have been on that list.

If McCarron is granted status as an unrestricted free agent, the Browns would be interested in signing him. Jackson was his coordinator in Cincinnati and tried to trade for him at the deadline in October but the deal didn’t get executed in time.

If he’s restricted, the Bengals could match any offer from another team. The team would have to give up a yet-to-be-determined draft pick if the Bengals didn’t match.

The Browns are expected to add a veteran quarterback and draft one at No. 1. McCarron made his only four starts in 2015.

Haley said he hasn’t watched enough of quarterback DeShone Kizer to give an opinion but said he appreciates how difficult it was for him as a 21-year-old rookie starter. Kizer went 0-15 and finished last in the league with a 60.5 rating, 53.6 completion percentage and 22 interceptions.

Kizer’s lack of accuracy was a huge problem throughout the season. Haley was asked if that can be improved while in the NFL.

“It takes time,” he said. “In this day and age of the spread offense being played in college, most of these guys, that’s all they’ve played. Whether it’s Pop Warner or middle school, high school, it’s spread offense across the board, so I think the further you move with those being the circumstances, you see that it takes time.

“If you act or react too quickly making decisions, you could regret it. I think the key is to be patient and continue to develop and work with all guys playing that position because it does take time.”

Haley and Steelers quarterback Ben Roethlisberger clashed during Haley’s six years in Pittsburgh. His contract wasn’t renewed after the season.

“I don’t have a lot to say about it,” Haley said. “I do know that how I was mentored and taught early was that a coach’s job is to come in and coach the players, develop the players first and foremost, and that has to be No. 1, and that’s really how I go about business.

“I’ve developed a lot of great relationships in Pittsburgh with players and staff and coaches, so I have nothing but fond memories. After sitting down and talking, it was obvious it was time for me to move on to a new challenge.”

New special teams coordinator Amos Jones ran part of the Michigan pro day last spring, so he has a feel for what he’s getting in returner Jabrill Peppers.

“Unbelievable day. He worked his butt off for me that day,” said Jones, who was coordinator with the Cardinals. “I saw a lot of potential. I coached him from the front so I could see his eyes. I think he can improve on a lot of things.

“I think he has a chance to be a really special returner.”

** Jones talked to kicker Phil Dawson after taking the job. Dawson, who played for the Browns from 1999-2012, was with the Cardinals last year.

“He was excited for me,” Jones said. “Obviously, he has great admiration for this city and for this organization. He is a Brown for life.”

** Jones got emotional when discussing legendary coach Paul “Bear” Bryant, whom he played for at Alabama.

Notes: Owner Jimmy Haslam picked for committee to focus on social justice
Notes: Hue Jackson wants Josh Gordon with the Browns for “a long time,” says he’s been “outstanding” off the field