Commentary: Remarkable, reliable Joe Thomas ranks among best to ever play for Browns 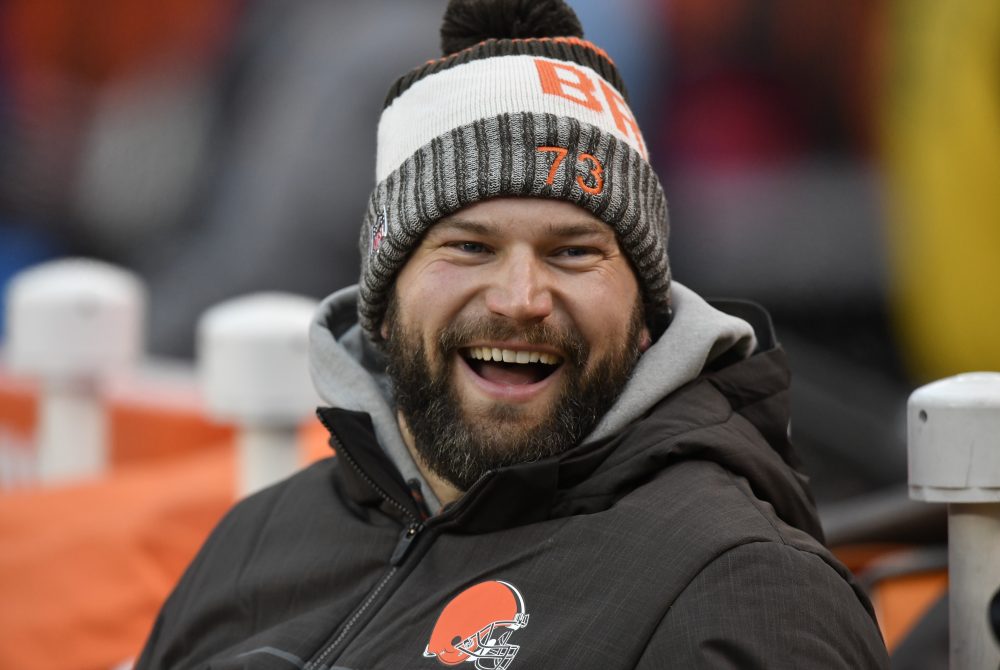 Is Joe Thomas the greatest Cleveland Browns player ever?

It’s a question worth asking now, because the Joe Thomas Train could be pulling into the station for the final time.

In case you hadn’t heard, Thomas is mulling retirement, because of three factors that seem pretty obvious, even to those of us who are not Joe Thomas:

1. He’s 33, and his body is beat up from playing 11 years in the most violent sport in America.

3. Even if he rehabs the injury, gets back up to his playing weight, pushes aside all the other aches and pains he feels day and night and is mentally prepared for another year of NFL football, he’s still stuck playing for arguably the worst team in NFL history.

Given all that, nobody should be surprised if Thomas decides to walk (limp?) away from the game he’s played at the highest level for 11 Hall of Fame-caliber years.

Good luck finding one of those.

Because there’s ONLY one.

He’s Joe Thomas, who might be the greatest Cleveland Browns player ever.

Shame on the Browns for wasting 10 years of having the best left tackle in the game on their roster — and not having a clue on how to build a team around him.

From the day the Browns drafted him in 2007 until his triceps gave out Oct. 22, 2017, Thomas played 10,363 consecutive snaps. In other words, all of them. In a sport of brutal physicality and dangerously ferocious collisions, a sport in which, it seems, everyone gets hurt and misses games all the time, Joe Thomas missed none.

He was Cal Ripken in shoulder pads.

In his 10½ years on the job, Thomas made greatness look easy while the Browns made winning look hard.

There are 21 Browns players enshrined in the Pro Football Hall of Fame. Thomas will be No. 22, but the first since Ozzie Newsome, who played his last game for the Browns in 1990.

Despite that, young whippersnappers might be interested to know that the Browns were once a storied franchise, thanks to some legendary names who did some historic things. But Thomas might be the greatest of them all. If he does decide to retire, he will be able to say that for 10½ years he played every single snap, until suffering a career-ending injury.

As Babe Ruth said after belting his 60th home run in 1927, “Let’s see some other SOB match that.”

Thomas’ herculean consecutive snaps record, by itself, at least gets him into the elite eight of greatest Browns players ever. The fact that he was for most of those 10½ years the best in the sport at his position pushes him further up the ladder.

Brown’s numbers would be even better had he not prematurely retired at age 29, after nine seasons.

Pro Football Reference has a stat called “Approximate Value,” which is an attempt to put a single number on the seasonal value of a player, based on numerous statistical factors. It appears to be the football equivalent of the WAR stat for baseball.

On the Browns’ list for highest career AV (Approximate Value) since 1960, you’d probably be as surprised as I was to see that No. 1 on that list is Clay Mathews, with an AV of 124.

Thomas was not only a great player, he’s a great guy. Perhaps the most low-maintenance superstar in a league filled with divas and egos. If he’s not the greatest Browns player ever, he’s close.

And if he goes into TV work he’ll certainly be the greatest sportscaster ever with a torn triceps.

Commentary: Browns in no position to take huge gamble on undersized Baker Mayfield
Commentary: There’s no quick fix for GM John Dorsey, but he’s off to strong start in cleaning up mess left by Sashi Brown