Ingraham: Passing on top passers is a skill the Browns have down to a science 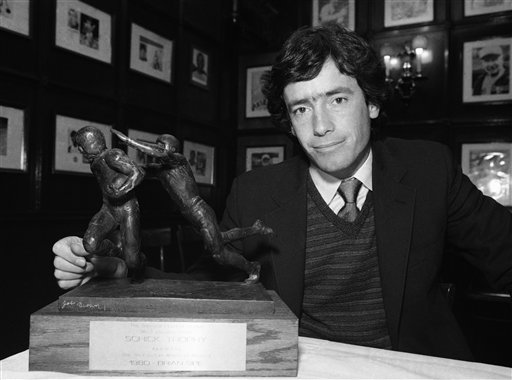 The last time the Browns drafted a franchise quarterback, they didn’t even know it.

In the 13th round of the 1972 Draft, the Browns used the 330th overall pick to select an undersized (6-foot-1, 195 pounds) relatively unknown quarterback from San Diego State named Brian Sipe.

In the history of the NFL, only two Browns players have won the Most Valuable Player Award: Jim Brown and Brian Sipe.

Sipe won it in 1980, when he led the Browns to a record of 11-5, and led the league with 30 touchdown passes. Sipe is still the Browns’ all-time leader in career passing yards, completions and game-winning drives.


In the 45 years since excavating Sipe, the Browns have failed to draft another franchise quarterback. (I’m not counting Bernie Kosar, a product of the 1985 supplemental draft).

It’s not because the Browns haven’t tried. Since selecting Sipe in the catacombs of the 1972 Draft, the Browns, according to Pro Football Reference’s Draft Finder, have picked 22 quarterbacks in the draft, ranging from the immortal Randy Mattingly in 1973 to the inaccurate DeShone Kizer in 2017.

So who COULD the Browns have drafted in those 45 years that may have changed the course of Dawg Pound Nation history? I thought you’d never ask.

Since their return to the NFL in 1999, here are the top 15 quarterbacks the Browns could have drafted, but didn’t. (Feel free to breathe into a paper bag while reading):

So to summarize: The first step in finding a quarterback is knowing how not to find one.

Analysis: Wins in sight after flurry of moves adds talent and experience to roster, provides flexibility in draft
Analysis: Sit tight and take QB at No. 1, be flexible at No. 4, think twice about trading for a diva receiver