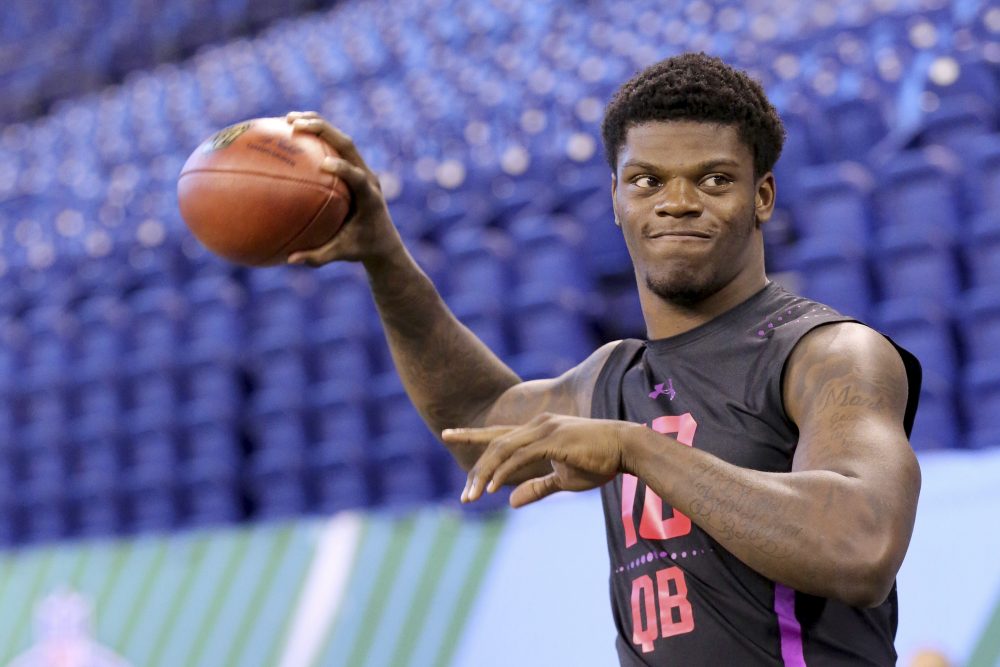 Louisville’s Lamar Jackson has been conspicuously absent when the top quarterbacks are mentioned in connection with the Browns, who have the Nos. 1 and 4 picks in the upcoming draft.

Perhaps that should change.

Jackson, who won the Heisman Trophy in 2016, will visit Browns headquarters next week, a league source confirmed to The Chronicle-Telegram.


Darnold is considered the favorite to be chosen No. 1, but rumors of general manager John Dorsey leaning toward Allen persist. Rosen and Mayfield haven’t been ruled out.

Dorsey recently led a contingent from the organization, including owner Jimmy Haslam, on a tour of pro days and private workouts for Darnold, Allen, Rosen and Mayfield.

Jackson, the best athlete of the bunch, didn’t make that list but remains on the radar.

“I’m going to do my due diligence on him, I mean, we have to,” coach Hue Jackson said last week at the owners meetings. “The guy had a tremendous career at Louisville, so we’ll know about him, as well.”

Lamar Jackson (6-foot-2, 216 pounds) is perhaps the most intriguing prospect in the draft. He threw for 9,043 yards and 69 touchdowns and rushed for 4,132 yards and 50 touchdowns in three years with the Cardinals.

Some teams drool at the prospect of him scaring defenses from behind center. Others have suggested a move to receiver because of his speed and inconsistency as a thrower (57 percent completed).

Jackson has always been against a position switch and won’t entertain the possibility as he’s about to achieve his NFL dream.

“Whoever likes me at quarterback, that’s where I’m going,” he said at the scouting combine. “That’s strictly my position.”

Odds are against the Browns taking Jackson in the top five, but if they pass on a quarterback or trade down, he would come into play. He would fit the offense Hue Jackson and coordinator Todd Haley will install for veteran starter Tyrod Taylor, who’s also a dual threat.

“So if you kind of take a look out there, the one way-outside-the-box conversation is Lamar Jackson, who I think is the most electrifying player in this draft, and I think somebody’s going to take him and commit their offensive philosophy to him,” NFL Network’s Mike Mayock said. “I would tell you that the most nervous 31 people in the league would be the defensive coordinators that would have to play against him.”