Mailbag: Lamar Jackson in the top 15? Which QB to Browns? Denzel Ward at 4? 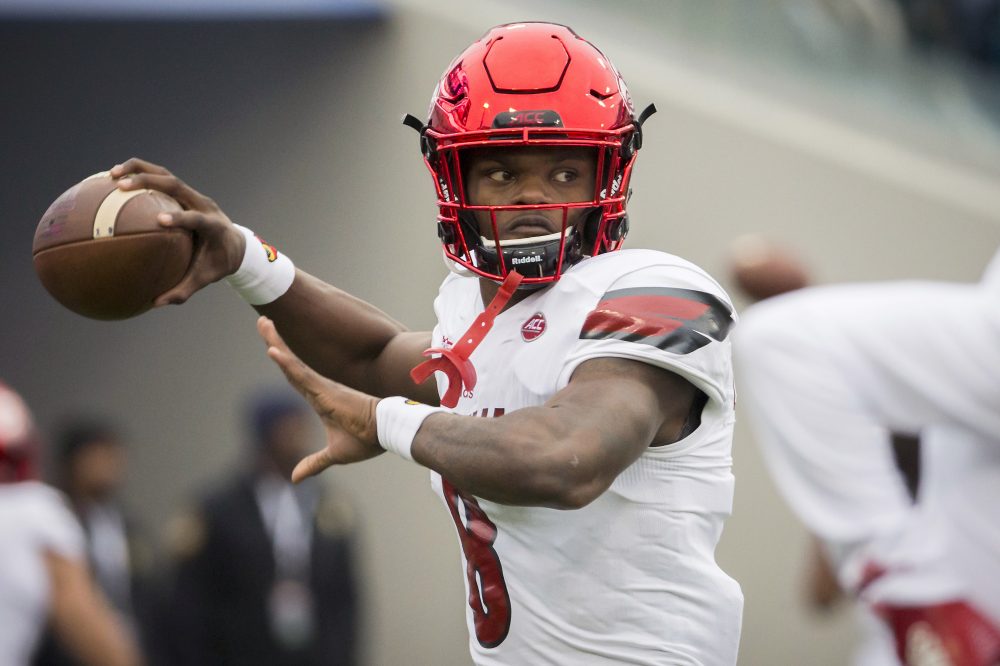 Q: What are the odds that Lamar Jackson is picked in the top 15? I think you guys who have been fixated on the “big 4” are in for a surprise.

A: My lone mock draft so far had Jackson going to Buffalo at No. 12, so I agree he’s been largely overlooked. I know people throughout the league, including in the Browns organization, are intrigued by Jackson’s total game, which includes incredible athleticism.

I still expect Jackson to be the fifth quarterback drafted, but I don’t expect him to have to wait long to hear his name, and I’m fascinated to see what he does in the NFL. I’d say it’s 60 percent he goes in the top 15.

Q: Seeing a lot of CB Denzel Ward now being a trendy pick at No. 4. Thought we paid a few free agent CBs? Or does Ward have a Joe Haden (in his prime) ability to cover No. 1 wide receivers that he should surpass Bradley Chubb or Minkah Fitzpatrick if they all fall to us at No. 4?

A: GM John Dorsey signed cornerbacks TJ Carrie, E.J. Gaines and Terrance Mitchell, so the need isn’t as dire as it was six weeks ago. But the Browns lack a true No. 1 corner, and that’s what Ward would be drafted to do. He’s a bit undersized but has the speed to run with anyone.

I still think if Chubb’s available, Dorsey would take him. The decision would be tougher between Ward and Fitzpatrick, who hasn’t played a lot of outside cornerback and might be better at safety or nickelback.

Q: It’s less than a week to the draft and the 2018 schedule has been announced. As of now, predraft, how many games do you think the Browns will win and against whom?

A: Not a huge fan of the schedule game, but my buddies asked me to play at the bar the other night, so why not?

Just don’t hold me to it.

Q: What do you think about Sam Darnold at 1, Bradley Chubb at 4 and Nick Chubb at 33?

A: Darnold and Bradley Chubb were my picks in the mock, so I like that pair in the top five. As for Nick Chubb, I’d prefer LSU’s Derrius Guice, San Diego State’s Rashaad Penny and USC’s Ronald Jones if the Browns go with a running back to start the second round.

But Georgia’s Nick Chubb is a solid player.

A: Coach Hue Jackson said all but one player — defensive Corey White, who’s since been cut — attended the start of the offseason program. So that should include Wilson, a fourth-round pick last year who suffered a fractured kneecap in rookie minicamp and missed the whole season.

Phase 1 of the program is limited to strength and conditioning and classroom work, with on-field work coming soon. Jackson hasn’t provided an update on Wilson, but Wilson tweeted “Uh oh that man is back” last week, so he could be feeling optimistic.