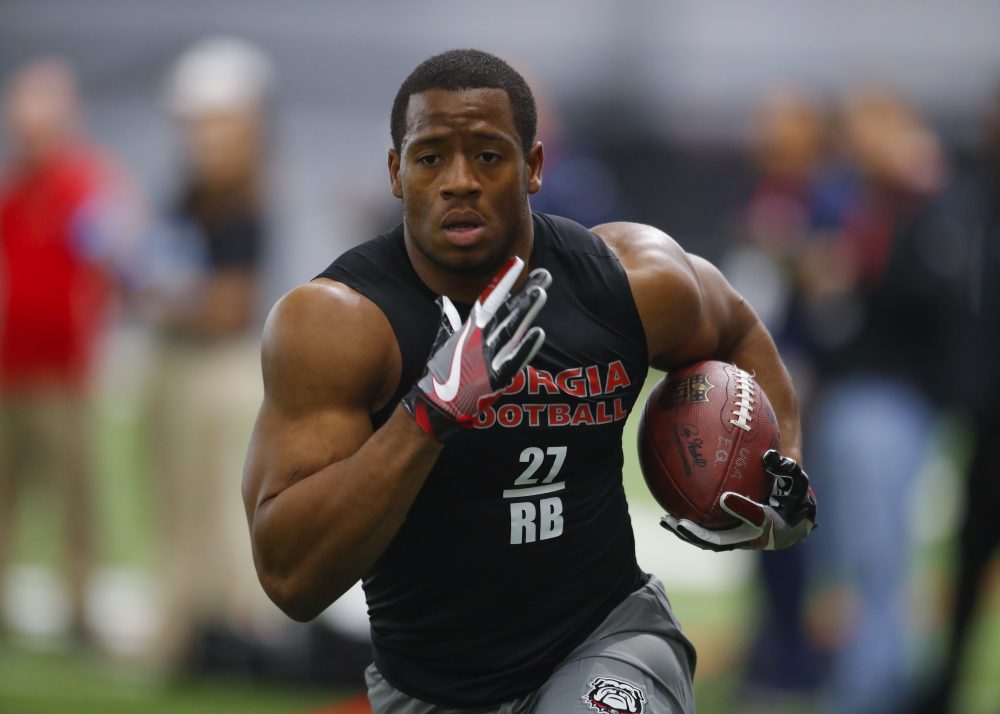 BEREA — The Browns were busy early for the second straight night of the NFL Draft.

Nevada offensive lineman Austin Corbett was the pick at No. 33, the first choice of the second round Friday night.

Georgia running back Nick Chubb was quickly the selection at No. 35.

Corbett followed Browns left guard Joel Bitonio — a second-round pick in 2014 — at left tackle for Nevada and became a four-year starter. He was originally a walk-on, just like quarterback Baker Mayfield, the No. 1 pick, was at Texas Tech and Oklahoma.

“There’s nothing wrong with that. It’s a mentality you never give up,” Corbett said on a conference call.

Corbett (6-foot-4 3/8, 306 pounds) worked at guard and center at the Senior Bowl and said he didn’t know where the Browns intended to play him.

They seem set inside with guards Bitonio and Kevin Zeitler and center JC Tretter but have a starting spot open at left tackle following the retirement of Joe Thomas.

Chubb, who ran a 4.52-second 40-yard dash at the combine, missed the last half of the 2015 season with a serious knee injury but returned for two strong seasons alongside first-round pick Sony Michel.

He is the cousin of North Carolina State defensive end Bradley Chubb, whom the Browns passed on at No. 4 in favor of Ohio State cornerback Denzel Ward.